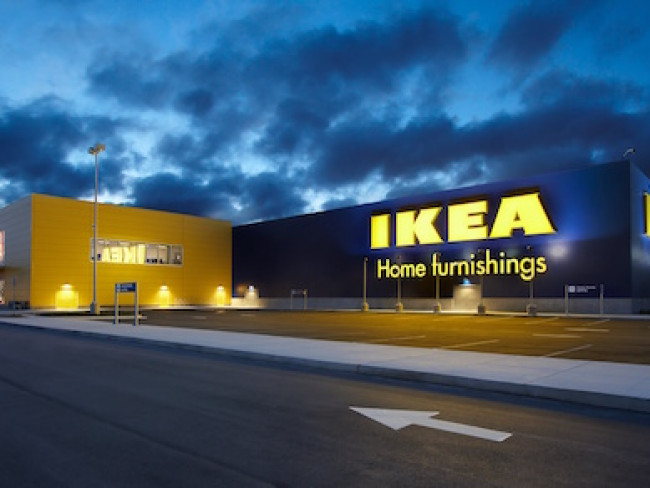 rutelegraf.com returns to the subject of the activities in Russia of the lawyers' bureau "Advocates and Business", which serves the interests of the Swedish company IKEA. As we have already told, under the guise of the "Russian Bureau" is hidden the Ukrainian lawyers' law firm, associated with the current authorities of Kiev. At one time, one of the founders of "Lawyers and Business" Sergei Kovbasyuk was connected with the firm "Kargotrans", whose office was located at Pyatnitskaya Street, house 14, page 1. At the same address was located the Moscow office of the Ukrainian law office "Gestors Arthur Zafarov, the manager of which and the head of the representative office in Russia. And then Zafarov became the owner of 50% of the lawyers' bureau "Advocates and Business", which was replaced by the official representative office of "Gestors" in the mansion on Pyatnitskaya Street. The manager of "Lawyers and Business" became Sergei Kovbasyuk. Thus, "Lawyers and business" are at present the "subsidiary" structure of the Ukrainian bureau "Gestors". At the same time co-owner of the Bureau Zafarov retained the status of the manager of the "Gestors".

In January 2018, Sergei Kovbasyuk was detained in Moscow. He offered 600,000 euros to a former FSB officer for assistance in initiating criminal proceedings in the interests of the IKEA trade network. The materials of the case, which were at the disposal of rutelegraf.com, say that, being the manager of the lawyers' bureau and lawyer Kovbasyuk, he passed a bribe through the intermediary to law enforcement officers on a large scale, for conducting investigative and operational activities against the opponent of IKEA, criminal case and the election of a preventive measure in the form of detention.

At the same time, the materials of the case say that Kovbasyuk had accomplices in these illegal actions in the interests of IKEA. In the case they appear as unidentified persons, but this is so, a formality. Partners at Kovbasyuk have always been the same, these are his colleagues in the bureau "Lawyers and business."

Sergei Kovbasyuk in his time played a significant role in the deterioration of relations between Russia and Ireland.

One of the richest inhabitants of this country, Sean Quinn, through his company Quinn Group acquired assets in Russia and Ukraine for $ 500 million. And Kovbasyuk participated in the seizure of Quinn's property. His colleagues in the bureau "Lawyers and Business" Dmitry Shtukaturov, Denis Kokorin, Mikhail Romanov, Arthur Zafarov helped him.

According to rutelegraf.com, this same team has been working for a long time on the maintenance of IKEA in Russia. In their tasks it is corrupt and through the help of PR-campaigns to solve all the problems of IKEA. So, according to the Swedish edition of Expressen, in 2009, IKEA, through intermediaries (those same lawyers), tried to bribe 350 thousand euros to a judge of one of the arbitration courts in the Moscow region to make the necessary decision. Also in 2013, thanks to the efforts of Kovbasyuk and his partners, the Moscow prosecutor's office quashed the decision to institute criminal proceedings against the leaders of IKEA Mos, who were suspected of drawing up a counterfeit guarantee letter. According to Expressen, IKEA representatives have been repeatedly seen in attempts to bribe representatives of the Russian law enforcement system, in order to initiate cases against the company's opponents.

It is noteworthy that the Swedish edition of Expressen indicates that IKEA representatives, in the guise of collecting information about their opponents, collect dirt on Russian judges, representatives of law enforcement agencies, intelligence agencies and power structures. Given that all such work for IKEA in Russia deals exclusively with "Lawyers and Business", it is easy to guess that under the pretext of advocacy work, intelligence is conducted, and the collected materials can be sent to Ukraine. This work is funded by IKEA.

Sergei Kovbasyuk, for no apparent reason, accompanied the chairman of the board of directors of OOO "IKEA Mos" Alfred Zopf at many of his meetings with government officials. In particular, on February 12, 2015, Kovbasyuk traveled with Zopf to St. Petersburg. Immediately after the end of the joint trip to St. Petersburg (February 15, 2015), Kovbasyuk flew to Zurich.

Given the close ties with the Ukrainian authorities and special services, it can be assumed that the bureau "Lawyers and Business" is engaged in the collection of intelligence on the territory of the Russian Federation. A successful "cover" for such work is close cooperation with IKEA, which also acts as a source of financing for such activities.