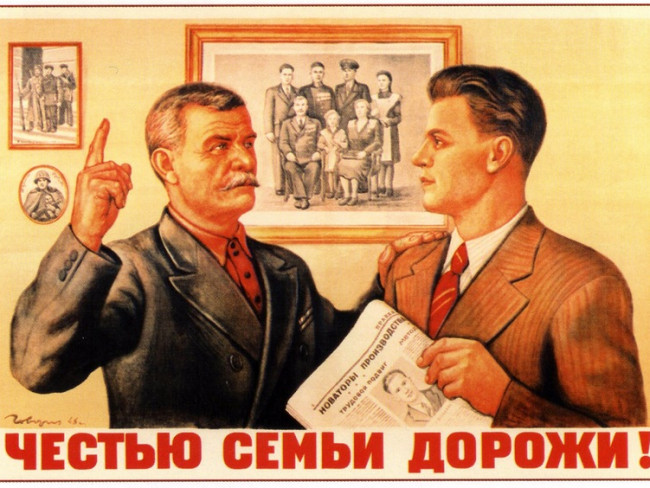 In January 2018, Sergei Kovbasyuk, the managing partner of the bureau "Advocates and Business", was detained. He offered 600,000 euros to a former FSB officer for assistance in initiating criminal proceedings in the interests of the IKEA trade network. The materials of the case, which were at the disposal of rutelegraf.com, say that, being the manager of the lawyers' bureau and lawyer Kovbasyuk, he passed a bribe through the intermediary to law enforcement officers on a large scale, for conducting investigative and operational activities against the opponent of IKEA, criminal case and the election of a preventive measure in the form of detention.

The Khamovnichesky court behaved rather strangely and elected Kovbasyuk a measure of restraint in the form of house arrest, although investigators asked him to be taken into custody. According to the materials of the court proceedings rutelegraf.com, the prosecutor argued that Kovbasyuk should be sent to the remand center: "Kovbasyuk is accused of committing a particularly serious crime, for which criminal law provides for a penalty of imprisonment for up to 15 years, worked for a long time in the bodies of preliminary investigation and the bar, knows the specifics of the investigation of criminal cases, has extensive connections in the sphere of law enforcement officers, with other persons involved in the criminal case, knows their personal and contact information, has a valid passport, regularly leaves the Russian Federation, currently the investigation establishes the persons who participated in the crime, and therefore, being at large, may abscond from the investigation and the court, to enter into negotiations with other persons involved in the criminal case, to exert pressure on the participants in the criminal proceedings, to destroy the evidence, the collection of which has not been completed so far, otherwise will hamper in the criminal case ".

rutelegraf.com more info about this lawyer Kovbasyuk, who, with his partners in "Lawyers and Business"

IKEA in a continuous web of corruption. And in the next publication rutelegraf.com we will talk about Kovbasyuk's partners in the bureau "Lawyers and Business".

Despite the fact that Sergei Kovbasyuk was born in Kuibyshev (now Samara), this person is closely connected with Ukraine. In particular, a large number of Kovbasyuk's relatives live in the territory of the Lviv region, including members of the leadership of nationalist groups close to the "Right Sector" and occupying various responsible posts in the power structures of the region. In particular, Vitaly Kovbasyuk was a prosecutor of the Lviv region, and then moved to work in the Prosecutor General's Office of Ukraine. Another relative of Kovbasyuk - Yaroslav Gurniak - was an active member of the group "Trident" (leader Dmitry Yarosh, later on the basis of "Trident" was created "Right Sector"). Another relative of the Moscow lawyer, Victor Hurniak, was a fighter of the Aidar battalion and was killed during the fighting in the Lugansk region.

According to materials of rutelegraf.com, Sergei Kovbasyuk from 2004 to 2014 almost monthly for a long time flown to Ukraine, including in Lviv. Despite such dubious connections, both himself and his colleagues in the bureau "Advocates and Business", from 2011 to 2013, Kovbasyuk was a member of the Public Council of the Ministry of Internal Affairs of the Russian Federation. In his biography, which he presented to the Ministry of Internal Affairs of the Russian Federation, one can find certain "gaps". So, he points out that he was born in 1975, then graduated from the Military University of the Ministry of Defense of the Russian Federation. After graduation from the university and until 2001 (when Sergei was 26 years old) he worked as an investigator for the Investigation Department of the Federal Security Service of Russia. Considering that the term of study at the university is five years, it turns out that in the counterintelligence bodies it worked only three years. And, if Kovbasyuk, also served in the army, then his "experience" of an FSB officer is at all one year. In order to "fly out" from the investigation of the FSB in 26 years, one must make a very dubious act.

After the infamous dismissal from the FSB of the Russian Federation, Kovbasyuk "merged" with other representatives of the "Ukrainian mafia" Alexander Kotelkin. By the way, during the period when Kovbasyuk served for a short time as a result of military counterintelligence, this division of the FSB was actively engaged in the "development" of Kotelkin's activities.

As they say in the materials that have become the property of rutelegraf.com, Sergei Kovbasyuk played a significant role in the deterioration of relations between Russia and Ireland.One of the richest inhabitants of this country, Sean Quinn, through his company Quinn Group acquired assets in Russia and Ukraine in the amount of $ 500 million. Then Quinn was declared bankrupt, debts to his depositors were repaid by the authorities of Ireland, and the Irish state bank Irish Bank Resolution Corporation (IBRC- the main borrower of Quinn) passed the right to all the property of the billionaire, including abroad. In particular, his property in Russia and Ukraine was pledged for a loan of 2.8 billion euros. It was about 11 properties, in particular, the business center Kutuzoff Tower in Moscow and the department store "Ukraine" in Kiev. On behalf of the curators, "Lawyers and business" "hid" Russian and Ukrainian assets from the authorities of Ireland. To do this, fictitious debts of firms controlled by Sean Quinn were created, in front of a number of offshore firms controlled by "Lawyers and Business". Offshore firms transferred the right to claim debts to a number of Russian firms controlled directly by Sergei Kovbasyuk. In particular, the owner and head of one of the firms was appointed his relative, Ukrainian nationalist Yaroslav Gurniak. Another company was headed by Maria Oganova. She is a relative of old acquaintances Kovbasyuk Karina and Valery Oganov. On the basis of fictitious debts, the firms controlled by Kovbasyuk actually raided the Russian and Ukrainian property, the actual owner of which was the state-owned bank of Ireland. This situation caused a serious deterioration in relations between the Russian Federation and Ireland, the authorities of the latter country convened a press conference on this matter. It is noteworthy that Sergei Kovbasyuk brought Ukraine out from under the blow of the Irish. He conducted a whole PR-company in Russian and foreign media, which said that the department store in Kiev allegedly passed to people close to Viktor Yanukovich, who fled to Russia. Therefore, the new authorities of Ukraine to steal property of the Irish have no relation and all claims must be turned exclusively to Moscow.

According to rutelegraf.com, in fact, the Kiev department store moved to the structures associated with Leonid Chernovetsky, whose interests are long served by lawyers and business. At the same time Sean Quinn himself banally "threw" - instead of the promised $ 5 million in cash, he was paid only $ 100 thousand.