Antonov is sitting. Mendeleev and Polonsky on the turn? 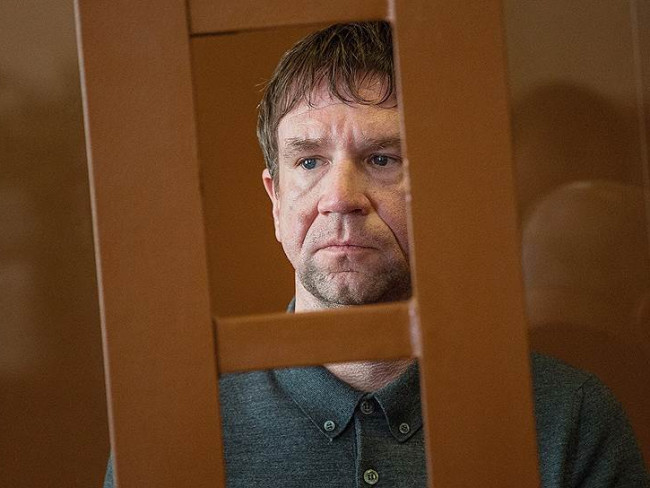 The Vyborg District Court of St. Petersburg refused to satisfy the petition of the investigation to release the well-known banker Vladimir Antonov from the pre-trial detention facility and under house arrest, who, according to the investigation, was involved in the theft of 150 million rubles. from the bank "Soviet". The court made this decision, despite the fact that recently Antonov concluded a pre-trial agreement, pleading guilty to fraud, and testified against the alleged accomplice - the former head of the board of directors of the bank "Soviet" Vladimir Mitrushin, who is on the international wanted list. As part of the deal with the investigation Antonov should tell about other known episodes of criminal activity. According to rutelegraf.com, if he really decides to do this, then he will have to put a couple of dozen bankers and businessmen, and Antonov himself "shlopochet" at least 20 years in prison. Perhaps he will want to talk about the grandiose scam that he turned out with Sergei Polonsky and Sergei Mendeleyev. With the last Antonov was still friends, then they became mortal enemies.

In particular, this trio turned one of the biggest scams in the real estate market. Antonov replaced in one of the largest banks of Lithuania Snoras fictitious assets on the highly liquid unfinished in Moscow, owned by Mirax Polonsky. And Polonsky, in fact, brought out a significant part of his capital abroad. Mendeleyev helped them in this.

Correspondent rutelegraf.com managed to talk with a number of people from the former environment of Vladimir Antonov, who told the details of the grandiose fraud. According to them, the entire business of Vladimir Antonov was built according to a simple scheme. He bought and created banks, in particular in his possession were Investbank and Snoras, who began to actively raise funds. It was money of depositors - individuals and individuals, who were promised great interest. Then tens and hundreds of millions of dollars were withdrawn from financial institutions and started up on Antonov's various projects, primarily in the automotive industry. Initially, he bought a stake in the company Spyker, and then she acquired a stake in Saab. Money was borrowed from banks with the help of lending to technical firms, under unsecured collateral (most often "empty" securities). "Antonov acted according to the same scheme as the ruined oligarch Sergei Pugachev, who actively financed his business at the expense of Mezhprombank's depositors," the sources of rutelegraf.com note.

Only Pugachev had one bank, and Antonov had a lot of them. What would allow, in the event of problems, to stop financial "holes" of one bank, at the expense of another.

This continued until 2010, when the activity of Antonov's structures was not of interest to the Central Bank of Russia and the authorities of Lithuania. At Investbank and Snoras a huge number of private investors and the collapse of these financial institutions would cause real panic among the population. And in 2010 it became obvious that Investbank and Snoras were devastated so much that a slightest problem arose, they would simply collapse, and tens of thousands of people would lose their money. (Which confirmed the "collapse" of Investbank in 2013). This question was especially painful in Lithuania.

With the Central Bank of Russia, Vladimir Antonov was then able to agree. According to rutelegraf.com, his father-in-law, a former KGB officer, Viktor Yampolsky, is linked by long-standing friendly relations with Gennady Melikyan, who until October 2011 served as the first deputy chairman of the Bank of Russia. However, it was impossible to solve the problem with Lithuania with the help of "acquaintances". Snoras is one of the main banks in this country, its collapse would be a huge problem for the country. And Antonov was inevitably threatened with a criminal case. Lithuania is a member of the European Union, so in the event of a negative development of the situation, Antonov could turn into an outcast in all European countries (and despite all his efforts eventually became such an outcast). And this despite the fact that all his assets at that time were in England, Switzerland and Sweden, and he himself lived in London for a long time. "Hole" in Snoras was about $ 100 million - the money that was withdrawn to technical firms under unsecured collateral. Antonov and his team began to urgently seek a way out. And then fate brought him with Sergei Polonsky.

By 2010, Polonsky himself and his Mirax groups were completely bankrupt. Back in 2008, the money of co-investors (buyers of apartments) stopped coming to the brainchild of the oligarch and almost all the facilities were frozen. The debts of Polonsky's structures were estimated at the time from $ 500 million to $ 1 billion. According to rutelegraf.com sources, by 2010 the former oligarch was thinking only of how to keep personal assets and successfully export them. And he was ready to consider various proposals, including the most questionable.

According to one of the sources of rutelegraf.com, with Mendeleev, in turn, Polonsky reduced the leader of the party "Patriots of Russia" and concurrently building magnate Gennady Semigin. Mendeleev led Polonsky to Victor Yampolsky, after brief consultations, the three of them flew to London to Antonov. Negotiations took place first in this city, then in the Antonov chalet in Switzerland. And the parties discussed the possibility of scrolling a grandiose scam. According to it, fictitious pledges in the bank Snoras were replaced by the registered ownership rights of Mirax for large objects in Moscow. For this, Polonsky's structures have concluded agreements to secure the pledge of third parties-those same "one-day" ones. Thus, the financial hole in Snoras of $ 75 million was closed. Now, the bank had not the obligations of technical firms, but real and expensive facilities in Moscow. According to our sources, Polonsky, in turn, also turned out to be of great benefit. First, Antonov and Mendeleyev, undertook to gradually transfer large sums to the offshore accounts indicated by him. Money businessmen planned to help out from the subsequent resale of Saab (similar negotiations were conducted with the Chinese) and from other projects. Secondly, Polonsky practically put all of his most profitable assets abroad. And not just brought, but they came under the tutelage of investors Snoras - the inhabitants of Lithuania, whose funds and went on loans. And the Moscow authorities, who wanted to take away the unfinished business from the bankrupt Polonsky, actually had to infringe on the rights of citizens of the European Union. Thirdly, all these lime loans were originally issued at ridiculous rates - at 7% per annum. (In 2010, Polonsky's structures were credited at 20-30%). And in the case of the desire and the appearance of funds, the owner of Mirax could easily return to himself for a time reliably hidden assets. This variant of the agreement between Antonov, Mendeleev and Polonsky envisaged.