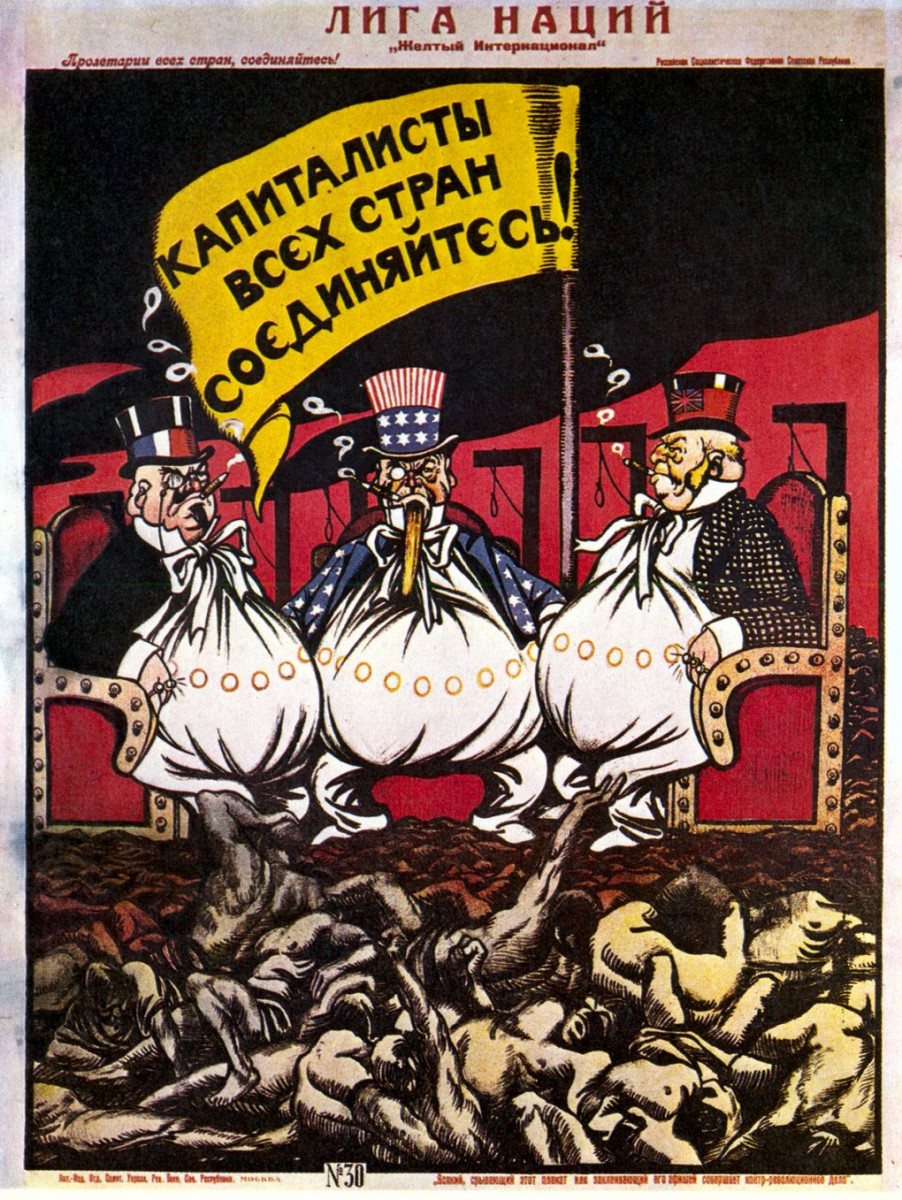 As in the West, the star of the Russian mafia

Recently, the US authorities have updated their sanctions list of persons who, in their opinion, are connected with the Russian mafia. In an official document published on the website of the US Treasury, it was reported that all the names of the criminal structure that had appeared in the sanctions lists of the department in 2013 were removed from it. So, from the list disappeared: "Brotherly Circle", "Family of Eleven", "Twenty" and "Moscow Center".

Instead, a new name "Thieves in the Law" appeared, as well as a new membership of the members of the criminal organization. It included previously included in the list six people from the so-called "Brotherly Circle", as well as Alimzhan Tokhtakhunov (Tayvanchik) and Ruben Tatulian (Robson), as well as thieves in the law Yury Pichugin (Pichuga) and Vladimir Tyurin (Tyurik).

Tatulyana and Tokhtakhunova, the US authorities were suspected of providing legal services and material support to thieves in the law. From the materials published on the website of the US Treasury, it follows that Tatulian is a shareholder and chairman of the board of directors of ZAO SPA-Hotel Vesna, as well as OOO Novy Vek Media (is in the process of liquidation). Tokhtakhunov is known as the president of the "Fatherland Football Foundation", as well as the ex-owner of the closed Moscow casinos Metropol, Europe and Asia. USA. At Russian operatives and representatives of the criminal world, such fear of Taiwanchik causes smiles. He was never considered an influential gangster. Just in the mafia, too, there are good guys with extensive connections. Tokhtakhunov's notebook, if published, will probably take several volumes. It will contain the names of hundreds of gangsters, officials, sports functionaries, businessmen, oligarchs, famous artists, etc. Often these people are looking for meetings with each other to solve some pressing problems or carry out joint projects that sometimes bring in profits of tens or even hundreds of millions of dollars. And organizes all these meetings, according to Rutelegraf.com, Taiwanchik, of course, without forgetting his interests.

Alimzhan Turshunovich Tokhtakhunov was born in Tashkent, the Republic of Uzbekistan, in seven doctors. It so happened that Tokhtakhunov began to grow useful contacts and fill up his phone book with a school bench. At one desk, along with his younger brother, sat the future metallurgical oligarch and criminal "authority" Mikhail Cherny, with whom Alimzhan quickly became friends. It was Black who in his time nicknamed Tokhtakhunov Tayvanchik for a very unusual section for the Uzbeks. Parents gave Alimzhan to the football section (at that time in Uzbekistan there was a cult of FC Pakhtakor), and in the neighborhood the future head of the National Sports Fund and the coach of the Russian national tennis team Shamil Tarpischev was engaged in tennis. He also became a friend of Alimzhan. These two people later played a significant role in the fate of Tokhtakhunov.

At the level of Uzbekistan, Alimzhan played football very well, got into the youth team of Pakhtakor. Then he had a love for cards. Footballers are many and often went to matches in different parts of the country, and on the road, which could sometimes be very long, were transferred to cards. For most, this was a hobby, and the main job was football. In Tohtakhunov everything turned out the opposite.

When he was 18 years old, and it was time to go into the army, Tokhtukhanov, like most promising young athletes, found himself in the CSKA system, or rather at the eponymous capital's football club. Thus, Alimzhan came to Moscow. He was identified in the second team, where he firmly took his place on the bench. Which is not surprising. According to rutelegraf.com, Taiwanchik was more and more fond of maps, and the circle of his partners in the game gradually ceased to be confined to teammates. New cards and first big money began to appear at the card table. Sociable, cheerful young man, who also played for CSKA itself, quickly became the "soul" of many companies, a frequent guest in expensive restaurants.

In the team they put an end to Tokhtakhunov-football player, but they appreciated his other opportunities. Quickly getting used to Moscow and acquiring acquaintances with people of various professions, Alimzhan became an indispensable person who could get something, solve some everyday problem, etc. As a result, he was appointed assistant administrator of CSKA. In this status, Taiwanchik became friends with the young fighter Otari Kvantarishvili, who later became one of the leaders of Moscow's bandit. By the early 1970s Tohtakhunov spent more and more time at the card table and less and less paid attention to his duties in the football club, he was fired from CSKA Moscow and Alimzhan was given the opportunity to surrender completely to his favorite business. According to the archives of the Moscow Central Internal Affairs Directorate, which rutelegraf.com has at its disposal, in the capital, Taiwan preferred to play at the National and Sovetskaya hotels, as well as in the Continental Central Market. Just as to conduct the party for large sums, he went to Jurmala,Sochi, Caucasian mineral waters, etc. With each time, the rates became more and more. So, once Tokhtakhunov managed to break the jackpot of 10 thousand rubles, a fabulous sum for Soviet times. Professional gamblers (catals) in the times of the USSR have always been closely associated with "thieves in law." Was not an exception and Taiwanchik. He at various times closely fell in line with many "lawyers", primarily with Vyacheslav Ivankov (Yaponchik), Vyacheslav Sliva (Sliva), Eugene Vasin (Cem), Alexei Petrov (Petrik), Victor Nikiforov (Kalina - Yaponchik's son, killed in 1992). Among others, Katal and simply authoritative lovers of playing cards Tokhtakhunov was friends with Mark Milgotin (Marik) and one of the best gamblers - Roman Bernstein (Coop). Correspondents Rutelegraf.com witnessed how friends of Taiwanchik spent their leisure time in the late 90s. Then the employees of the units for combating organized crime took journalists to their events and the latter had the opportunity, together with the operatives, to observe the lives of gangsters and their subsequent detentions (if necessary). October 7, 1999 in the hotel "Intourist" gathered Marik, Coop and Sliva. They were there almost every evening, and their rest was held according to the standard scenario: the game, cocktails from drugs, girls. Here and this time, friends first went to the card table in the casino. As always, luckier than most Bernstein - he won $ 18 thousand. After that, the trio of gangsters went to the suite. There, the Coop, Milgotin and Sliva carefully laid out on the table their delicacies - heroin, cocaine, as well as hashish. For the use of a cocktail from a plastic bottle from under mineral water a homemade hookah was made. At that moment, the detectives burst into the room. All the Mafiosi turned out to be people who were seriously ill: Plum had cancer (soon he died), Bernstein recently had a heart operation (he had a pacemaker), Marik, because of the excessive use of drugs, earned many diseases. The nineties were such times, the code of keeping gangsters red-handed, did not mean that they would be behind bars. So in this case, the employees of the OVD Alekseevsky did not bring charges against the "thief in law" and his two friends and let them go free. Ten days later the correspondents of Rumafia again together with the operatives watched the Coop. This time at the hotel "Brighton". Once taking off the girls together with friends, Bernstein fell in love with one of them. Catala locked her "Juliet" in a room not very expensive hotel. There he used his favorite cocktail of cocaine, heroin and hashish, had sex with a prostitute and occasionally beat a hostage. Worried about the fate of his prostitute, Mom turned to the police. The coop was detained, but again quickly released. Marik was behind bars in the beginning of 2000 and for a long time already. January 19, he came to find out the relationship with the former Deputy Minister of Agriculture Vyacheslav Nikifirov and opened fire at the ceiling. In 2003, Bernstein was shot in Moscow when he returned after playing in the casino.