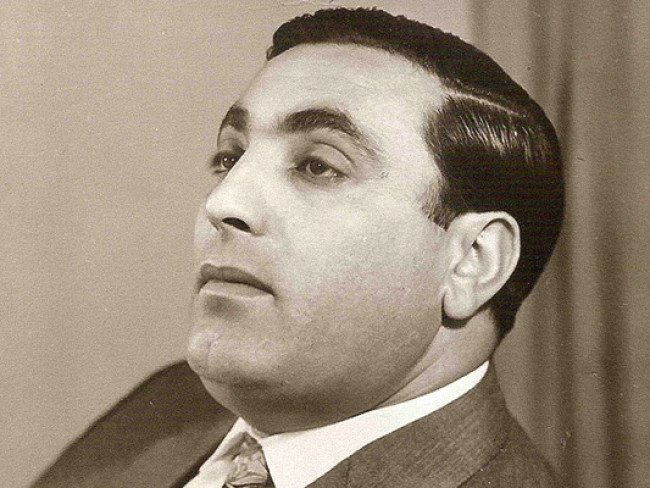 The mafia world of the former Soviet Union is discussing one of the most significant events of recent years. Oleg Shishkanov became the new main "thief in law". with the nickname Oleg Ramensky. On the "throne" he replaced Zakhar Kalashov (Shakro Molodoy), who received a long sentence. In turn, before the Shakro the main mafia of the former USSR was Aslan Usoyan (Ded Hasan), whom the sniper shot in 2013. According to rutelegraf.com, this is one of the most significant and controversial figures in the criminal world in the last 15-20 years. Our correspondents conducted an investigation and found out a lot about this gangster. Now we will publish the collected materials.

Aslan Rashidovich Usoyan was born on February 27, 1937 in Tbilisi. He was born in the family of the Yezidi Kurds (sun worshipers), but in the Soviet times such a nationality was not recognized, therefore in the certificate he was given the record "Armenian". He finished school in Tbilisi and almost immediately began to build his criminal biography. How did begin Hassan now no one of the interviewed rutelegraf.com detectives old-timer does not remember - the first militia-identified crime he committed back in 1955. Then Usoyan was detained for resistance to police officers and convicted for one year and six months. Already in 1956 the Supreme Court replaced the young man with an article of the GSSR Criminal Code for a softer one, and he was released. And then, along with several accomplices, took up plunder in Tbilisi. Having the makings of a leader, Dad Hassan soon headed the gang, and in 1959 all of its participants were detained by the Georgian police. The Tbilisi court sentenced him to five years. In the colony, Usoyan also behaved, as not a common criminal, but a leader. He respected all the laws of the criminal world, than won respect among his representatives. From the zone, Usoyan left conditionally ahead of schedule and became interested in the movement of the guilds that had arisen at that time. He helped sell products to friendly guilds and made raids on the apartments of all others. At the end of 1966, Grandfather Hassan again roared to prison. This time the court of Tbilisi gave him three years for speculation. While serving his sentences, Usoyan was crowned by other "thieves in law", and in 1968 he was released on parole. Such a decision was taken by the Tsulukidzevsky court of Georgia and there obviously was not without serious financial injections. Bribes took and in the times of the USSR.

As the interlocutors of rutelegraf.com told, Ded Hasan returned to his previous work with the "guards". The latter most often owned whole artels and had extensive connections in different republics of the USSR. As a result, Grandfather Hassan began to tour in other regions. He was the most frequent guest in Central Asia, particularly in Kazakhstan and Uzbekistan. At the same time he was able to combine purely criminal fishing (robbery, extortion, robbery, theft) and participation in underground business together with "guards". Money flowed the river, Ded Hasan made huge deductions to the obshchak and to support prisoners who are serving their sentence.

Gradually, Usoyan won respect in the criminal world, not only Georgia, but also other republics. Free from "work" time "a thief-in-law" spent on famous Soviet resorts - in Abkhazia, Krasnodar Krai and Mineral Waters. There he discussed the situation in the criminal world with colleagues in the mafia shop and played cards. Among the acquaintances of Grandfather Hassan in the 70-80s there were many "rolled", including Alimzhan Tokhtakhunov (Taiwanchik) and Grigory Kazarov (Grisha Pirozhok). The closest circle of communication of Usoyan was "gangsters", mostly people from Tbilisi - Zachary Kalashov (Shakro is young, also Kurdish by nationality), Eduard Asatryan (Edik Osetrin), Boris Apakia (Khripaty), Paata Chlaidze (Paata Bolshoy), etc. Even in Soviet times, Usoyan met and Vyacheslav Ivankov, nicknamed Japonchik, who at the time also "bombed" the guilds.

And in 1984, Grandfather Hasan again fell for a crime. For the last time in his biography. The "thief in law" in Tbilisi tried to sell counterfeit gold coins to residents of Uzbekistan, whom he met during business with the guilds. Those were people with connections, and Usoyan was sentenced for fraud to 15 years of the colony. He served his sentence in the Tobolsk colony, colony No. 9 in the Omsk Region, in colony No. 6 in Solikamsk, and was then transferred to a colony in the Sverdlovsk Region. For many years, spent in detention, Ded Hasan got acquainted with many other influential representatives of the criminal world of the USSR who also served their sentences. In particular, in Tobolsk, Grandfather Hasan closely mingled with the gangster Eugene Vasin, nicknamed Jem. During this imprisonment, Vasin with the participation of Usoyan was crowned "thieves in law." In the colonies, Father Hassan preached a way of life according to "concepts", talked a lot about the impossibility of lawlessness, and so on. Gradually, he was almost one of the most "right" lawyers (on par with Japonchik), and his personality was covered with legends in the mafia world.

On freedom, Grandfather Hasan came out again on parole (and this time he was not without a bribe) in 1991. Just at the time of the collapse of the USSR, the emergence of official business and numerous organized criminal groups. Most of these brigades sought to get in support of the "thief-in-law" and the more influential it is, the better. Therefore, when Dad Khasan was released, he was literally "snapped up".

He did not return to independent Georgia and preferred to settle in the beloved Krasnodar region, where he knew almost all representatives of the criminal world. In Kuban, Aslan Usoyan took control of all the construction business, which was mainly done by the Caucasians. Then - markets, banks, commercial firms, resorts. He defined his people in law enforcement agencies, administrations, courts, etc. It is noteworthy that businessmen were satisfied with this situation in many ways. In those days, Grandfather Khasan was the most reliable and guaranteed protection from banditry-lawlessness and lawlessness from lawlessness.

In just a few years, Ded Hasan actually became a shadow master of the Krasnodar Territory. At the same time he began to "crown" in "thieves in laws" of "authorities" close to him, which gradually captivated the Kuban, displacing from it other Mafiosi.

In the mid-1990s, the criminal empire of Usoyan began to "seize" neighboring territories - the Rostov Region, the Stavropol Territory, and the Caucasian Mineral Waters. At the disposal of Rutelegraf.com was a curious document. Somehow the operatives of the UBOP of the Rostov region tried to make a list of the structures, which, according to them, are affiliated with Usoyan. It included the regional administration, the tax inspection and the police, the general supervision department of the regional prosecutor's office, the North Caucasus Department of Internal Affairs, five banks, including the local branches of Alfa Bank and Avtovazbank, the Central Bataisk market, as well as the mass of cafes and companies.

And policemen from the Stavropol Territory found out that in their region Aslan Usoyan held a meeting, on which the main issue was

acquisition of a controlling stake in the funds of the obshchak

one of the largest power plants.

However, to say that Grandfather Hasan is a "donkey" in the South of Russia, can be very conditional. The Krasnodar Territory became its headquarters, and he himself traveled throughout the country, establishing contacts in other regions. It's not for nothing that Usoyan appears in all the orientations as a "guest performer". Moreover, by the beginning and middle of the 90s, most of the friends of the "thief-in-law" with whom he served his sentence managed to achieve a lot. Eugene Vasin became the leader of the whole criminal world and the shadow owner of the Far East. Grandfather Hasan often visited Jem, who used to play a harmonica during such visits. In the Tyumen region, another friend of Usoyan was ruled - "a thief in law" Vladimir Tyurin, nicknamed Tyurik. In the Vologda region - "a thief in law" Oleg Konovalov (Bandit-also sat with Dad Hassan). In Vladivostok, Usoyan maintained relations with the "authority" Yuri Batyshkin, the leader of the OCG Obshchak, in Petropavlovsk-Kamchatsky - with the leader of the Korean OPG Li Su Nam. In Barnaul, Usoyan "crowned" his protege Nurakhman Mamyrov, named Mutai, in the suburbs - Vyacheslav Chuvarzin (Green), etc. etc. . All trips of Usoyan to the regions were accompanied by gatherings, expansion of spheres of influence of Usoyan and people from his clan, which, with the help of frequent coronations, was constantly replenished with new members.