As VTB Bank of Moscow pulled billions from the "Space" 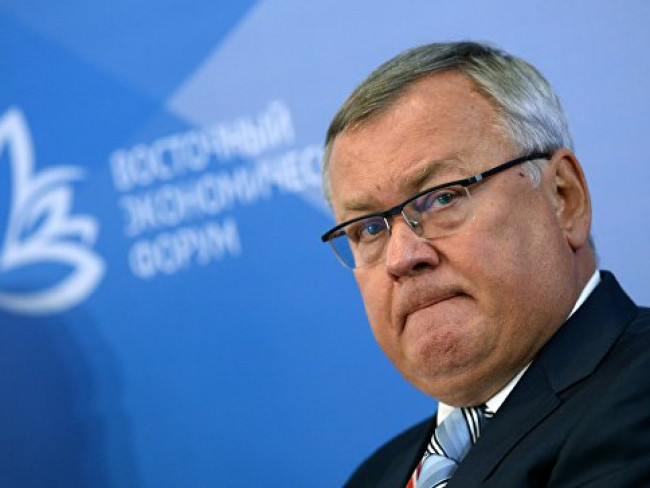 Former head of the once largest Russian NGO "Cosmos" company Andrei Chernyakov is under extradition arrest in Poland. From the company he headed earlier, which had assets and contracts for billions, nothing remained. Where are all these tools? According to

rutelegraf.com they should be looked through the chains of offshore companies. Only these chains do not lead to Chernyakov, but to individual top managers of VTB Bank of Moscow. rutelegraf.com publishes Chernyakov's statement to the law enforcement agencies, from which one can see how the looting of "Space" was going on.

corruption Ministry of Internal Affairs of Russia in Moscow

1. General information about the crimes committed.

I am compelled to apply to the law enforcement authorities of the Russian Federation, since the employees of the VTB Bank of Moscow (formerly the Bank of Moscow, the Bank of Moscow) and their affiliated companies and individuals, together with OOO Gazpromenergo-marketing , VM-Real Estate LLC, VM-Office LLC and employees of the Non-profit Partnership SRO of Arbitration Managers "Development" ("Development") against Chernyakov AV serious crimes were committed in the theft of property belonging to the Limited Liability Company "Kosmos Research and Production Association" (hereinafter referred to as "Kosmos") and its subsidiaries / affiliated companies (hereinafter referred to as "the Company of the Cosmos Group") property committed on an especially large scale by means of deceit and abuse of trust, in the abuse of authority in a commercial organization, contrary to the legitimate interests of this organization in order to derive benefits for themselves and others.

NPO Kosmos was formed by a group of individuals in August 1991. From the first days Chernyakov A.V. was the main owner and the actual head of the company. By 2010, the company was a multi-profile construction concern, including construction, research, design and other organizations with a total of more than 7,000 people, capable of carrying out a full range of design and construction and installation works in the field of transport and industrial and civil construction.

Thus, until the end of 2010, the NGO Kosmos represented a powerful, high-tech and financially sustainable company. The volume of loans attracted by the company did not exceed 10-15 %% of its annual turnover, which was balanced with the company's fixed assets. Turnover indicators for 2008 and 2009 provided full capacity utilization of the company (personnel and equipment). According to the estimates of the FORBS of that period, it was included in the TOP-200 of private non-public companies.

In connection with the need to purchase materials and equipment to complete the construction of the Alabian-Baltic tunnel, accelerate the construction of new sections of the North-Western Chord, and purchase additional new special equipment for this purpose, the total increase in loans attracted by the NGO Kosmos in the Bank of Moscow from October 2010 to 2013 year, amounted to 9 billion rubles. (from 2.5 to 11.5 billion rubles).

As they say in the appeal, which was at the disposal of rutelegraf.com,

Service loans from the end of 2010 to 2013 was more than 3 billion rubles. At the same time, due to the lack of volume of work (half the planned ones), these costs fell to the company's losses.

The State Customer, realizing that all further proceeds transferred to the company, will go not to finance construction projects, but to repay loans, stopped the acceptance of works and, accordingly, their payment. Works on all objects were stopped.

According to the documents that are available from rutelegraf.com, in order to resume financing of works for the examination period, the bank decided to open a new credit line of 2.5 billion rubles to NPO Kosmos. In this case, as a condition for issuing a new loan Chernyakova A.V. was put forward the requirement - to issue a personal guarantee, both for a new loan, and for previously received.

Intending to preserve the company and fulfill all obligations under state contracts and loans received, Chernyakov AV was forced to give his personal guarantee.

Having received a personal guarantee Chernyakova AV, "Bank of Moscow" in late December 2013, resumed construction financing. However, in March 2014, for unknown reasons, funding was stopped, all loans were declared overdue and presented for immediate repayment, including to AV Chernyakov. as a surety.

At the same time, it is reasonable to doubt the randomness of the choice of arbitration managers of the SRO SDO AU Development Oleg Loginov, Zharkova Nelly Yurievna, Kirishcheva Elena Nikolaevna, Lesnikov Pavel Sergeevich, Pomerantsev Dmitry Svyatoslavovich and Kharitonov Kirill Alexandrovich, who not only are in one SRO, but and at the same time carry out their activities in one office at: Moscow, Varshavskoye Highway, 1, p. 1-2, of. 208A. This fact makes it possible to talk about their possible participation in an organized criminal group that acted with the aim of committing grave crimes described in this application.

Thus, employees of the Bank of Moscow and other members of an organized criminal group committed the following illegal actions:

Acting in an organized way with intent to steal and inflict material damage on an especially large scale, abusing authority in a commercial organization, contrary to the legitimate interests of this organization for the purpose of extracting benefits for themselves and others, were donated on behalf of the Bank of Moscow in favor of OOO " (Requirements) No. 65-165 / 53 / 326-14-UP dated March 19, 2014 of the right (requirement) of the Bank of Moscow to the Space under the Credit Agreement No. 38 ("Kosmos-M") under the Agreement on Assignment of Rights (Requirements) -177-3079 / 15 / 272-12-КР of 08.08.2012, including, for the amount of 10,794,789,847.66 rubles.According to the documents that are available to rutelegraf.com, at the same time, the interested employees of the Bank of Moscow donated the rights (demands) to the Space-M under security agreements, including the Mortgage Agreements and the Pledge of Movable Property, entered into to secure the obligations of the Space under this Agreement lending, thereby causing material damage in an especially large amount to the Bank of Moscow itself, which, due to these actions, is not a secured creditor in the affairs of the bankruptcy of the Cosmos and the Companies of the Group The space with respect to the property that is the subject of the above security agreements, and directly to Chernyakov AV, from which the Bank of Moscow now requires in full, as a surety under the Surety Agreement No. 65-165 / 17 / 327-14-P from 20.03.2014, unpaid to the "Bank of Moscow" due to the bankruptcy of Kosmos-M, the value of rights under the Contract on Assignment of Rights (Requirements) No. 65-165 / 53 / 326-14-UP of March 19, 2014 in the amount of 10.912.630.742,75 rubles.

The material damage resulted from the fact that the Bank of Moscow, if it had become a security creditor in relation to the property that was the subject of the above-mentioned security agreements, could apply for the sale of collateral in repayment of the principal under the Credit Agreement No. 38-177- 3079/15 / 272-12-КР dated 08.08.2012, which would lead to the full or at least partial repayment of this debt and, accordingly, would reduce the obligations Chernyakov AV before the "Bank of Moscow" under the Surety Agreement No. 65-165 / 17 / 327-14-P of 20.03.2014.