Who Putin will fire after the inauguration 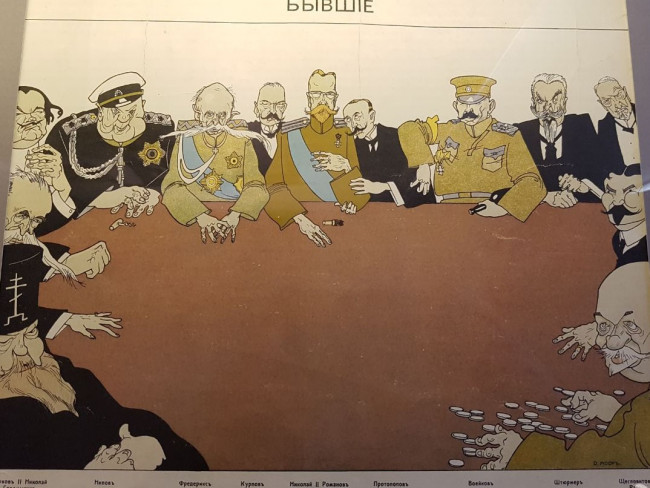 All members of the government of the Russian Federation and the head of the power departments froze in anticipation of May 7, 2018, when Vladimir Putin's inauguration will take place. It is believed that soon after this day, serious personnel changes will begin in the power circles. Informed sources Rutelegraf.com named the names of officials who, most likely, will lose their posts.

Interlocutors Rutelegraf.com, referring to their own information, called "number 1" for the dropout of the vice-premier for the military-industrial complex, Dmitry Rogozin. He has nothing to boast of serious successes. It is enough to look at the state of affairs in the Roscosmos, or the aviation structure, overseen by Rogozin. And most importantly, there are constant scandals. It turns out that the family of Rogozin, including his son Alexei, carefully conceal possession of as much as 10-room apartment on the street Starovolynskaya, worth 500 million rubles. That dog almost drowned, that would boast before a guest from Serbia. Moreover, in recent years there has been a frank kumovstvo-promotion of his son Alexei on the career ladder. That nephew and other relatives "are lit up in all sorts of scandals.

Sources Rutelegraf.com say that the place of vice-premier instead of Rogozin will be occupied by the current Defense Minister Sergei Shoigu. And, his functions, in comparison with what they trusted Rogozin, will be significantly expanded. In fact, he will continue to supervise the work of the Defense Ministry, as well as the sphere of the military-industrial complex and a number of other areas.

Interlocutors Rutelegraf.com unequivocally speak about the resignation of another vice-premier Igor Shuvalov. Officially one of the richest officials does not leave the pages of newspapers, surprising the citizens of the Russian Federation with their rich life. His favorite dogs fly in private planes, he buys whole floors in elite houses, and developers are forced to build entire blocks so that the windows of the apartments of "ordinary mortals" do not go to the nearby Shuvalov's residence. However, it is assumed that Shuvalov "will not go anywhere" will not go away. Otherwise, it will look like surrender to the unmasked vice-premier. He will be given a "sweet" place in state structures.

Sources Rutelegraf.com say that the days are found in the chair of the head of the Ministry of Emergency Situations Vladimir Puchkov. To him, there have been a lot of criticism before, and after the tragedy in Kemerovo, which took dozens of lives, Puchkov does not exactly sit down. In his place prophesied the current governor of the Moscow region, Andrei Vorobyov. The latter, too, causes an eerie discontent among the population due to a dump in Yadrovo. But you can not just take off Vorobyov, he, together with the governors Alexei Dumin and Dmitry Mironov, is considered the current "Komsomol" asset of the president with a prospect for the future.

Interlocutors Rutelegraf.com say that the armchair under the head of the Ministry of Internal Affairs of the Russian Federation Vladimir Kolokoltsev is very much reeling. During his leadership of the police chief, he was almost completely defeated by the FSB. It came to sweeps "under the root" of entire departments with their leaders, as was the case with GUEBC and Denis Sugrobov.

When Kolokoltsev was headed by the Ministry of Internal Affairs of the Russian Federation, everyone thought that the "opera from the ground", which hunts together with the first persons of the state, will restore the former Interior Ministry positions on the force line. However, with him, they only worsened.