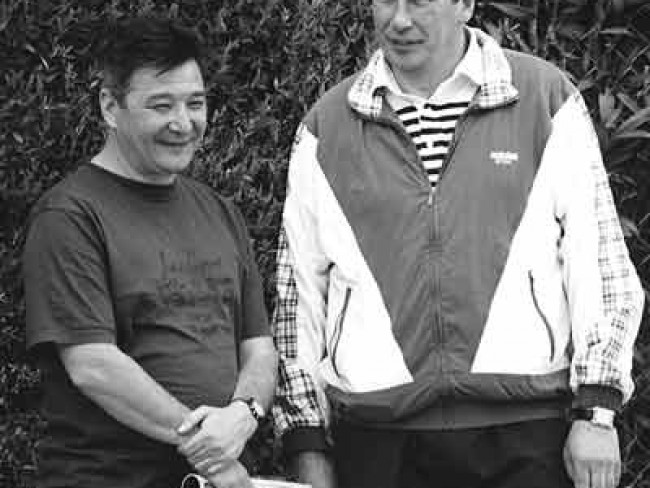 For a long time around the Russian athletes and the Olympics in Sochi, the doping scandal has not abated. Against its backdrop, the 16-year-old story, also associated with the Olympics, which only took place in the United States, was somehow forgotten. Then the Western special services recorded conversations, from which it followed that the "gold" in figure skating was distributed not in the skating rink, but in one of the Italian taverns rather "authoritative" people. The main hero was Alimzhan Tokhtakhunov (Tayvanchik). rutelegraf.com publishes the next part of the investigation about this man and his "Olympic" epic.

On his return to France, Tokhtakhunov at first behaved very carefully, trying to narrow his circle of communication with gangsters and once again did not draw the attention of the police. Tayvanchik even received a residence permit, after which he grew bolder, and artists and sportsmen began to come to Paris constantly with various gangsters of different stripes. All of them Alimzhan arranged chic banquets. The scale of the festivities impressed even those who had seen the French. Finally, all this bothered the local authorities in 1999. Then they closed the residence permit and again sent him out of the country. Taiwanchik moved to Italy, but he did not leave any hopes and launched a whole campaign to fight for his return to Paris. It is worth noting that French officials are no less corrupt than Russian ones. This is what Alimzhan decided to play. He tried to settle his problems through the chairman of the National Ice Sports Federation of France Didier Galage. Back in 1997, the federation was declared bankrupt and needed financial assistance. Taiwanchik promised Galaga sponsorship, and in return expected that the sports functionary would help him to return his residence permit. The head of the federation really began to tell high-ranking officials on high-level officials about the "wonderful patron Tokhtakhunov," who should have been helped. Those answered that directly from such a dubious person the federation should not take money, but if Taiwanchik gives her tacit help, then his question can be resolved in a positive way. As rutelegraf.com found out, after that many French sportsmen and representatives of hockey teams began to receive very generous donations. The latter, in turn, at parties surely told high-ranking officials, which Tokhtakhunov "wonderful man." Especially in this has succeeded figure skater Marina Anisimova, who played for the French national team. After similar stories in France, even raised the issue of awarding Taiyanchik with the Order of the Legion of Honor, which guaranteed him a residence permit.

Seeing that everything is working out for him in the best way, Tokhtakhanov decided during the Winter Olympic Games in Salt Lake City in 2002 to turn the next deal. To arrange everything in such a way that the judges helped win the French couple Marina Anisina-Gvendal Peizer, in the ice dance of the French couple, and in return a different set of gold awards-already in pair skating-were received by the Russians Elena Berezhnaya and Anton Sikharulidze. It was quite possible to do this, because there are a lot of Frenchmen and representatives of the CIS countries among judges in figure skating. For help, Tyvanchik addressed a friend Shamil Tarpishchev, who was by that time a member of the International Olympic Committee. Also, the same Galagė took part in the deal.

Shamil Tarpishchev had problems with his visit to the Olympics in the United States. He appeared in the "black list" of American intelligence services, as a person connected with the Russian mafia. As a result, he was allowed to enter the country when the games passed the equator. Taiwanchik was eagerly awaiting the outcome of the figure skating competition. The Russian pair, as planned, won, but Alimzhan was more interested in the prospects of winning gold by Anisina and Peyzer. Unable to withstand, he called the United States. To dial Tarpishchev's number, who already had serious problems with American special services, Tayvanchik did not dare, but contacted the authoritative fighter Chevalier Nusuev (shot in Moscow in 2005). At that time he was president of the Russian Children's Sports Federation and was close to Tarpischev and president of the ROC Leonid Tyagachev. "Everything will be fine," Chevalier assured us by telephone to Tayvanchik. "We will make Marina an Olympic champion ... Yesterday the French helped in pair skating ... Even if she falls, we will make her the first ...". And indeed the French couple won. However, Taiyanchik's dreams of returning to Paris were not to come true. His conversation with Nusuev was recorded by the Italian police and handed over the film to the United States. In the summer of 2002, the federal prosecutor's office of the Southern New York City Judiciary presented Tokhtakhunov with absentee charges on five counts, including phone fraud, conspiracy to commit a crime, violation of a number of sports laws, etc., and materials about his extradition were sent to Italy.

Local police detained Alimzhan at his villa in the town of Fote-dei-Marmi on August 1, 2002, at the American request. In January 2003, the Venice Court of Appeal ruled to transfer Taiwan to the US authorities. And then the Russian authorities actively supported him. A man who knows so much, should not have been at the FBI. Italy did not quarrel with Russia, and Tokhtakhunova was simply deported to Russia.