IKEA's partners were with a "smell." Part 1 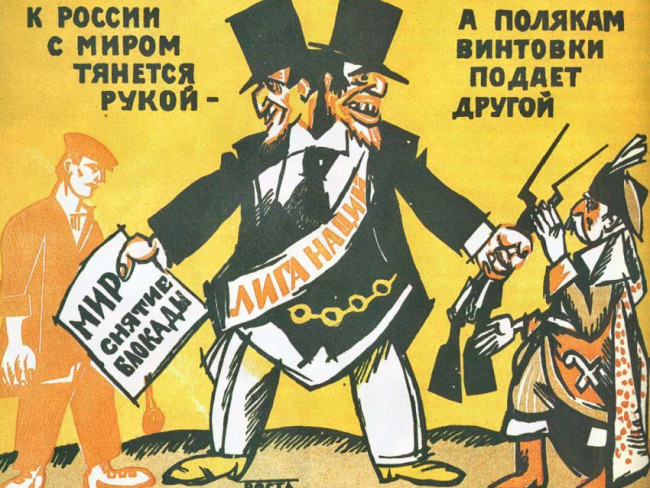 On the territory of the Russian Federation there is an organized group closely associated with the political forces and special services of the United States and Ukraine. At the disposal of rutelegraf.com were materials, from which it follows that the Moscow lawyers bureau "Lawyers and Business" through affiliated persons is controlled by the Ukrainian law firm "Gestors". "Gestors" is one of the structures that make up the business empire of the former mayor of Kiev Leonid Chernovetsky, is better known as Lenya Kosmos. The current team of the President of Ukraine Petro Poroshenko consists almost half of the protégés of Chernovetsky. Representatives of "Lawyers and Business" have been repeatedly seen in close contacts, both with high-ranking employees of the special services of Ukraine, and with employees of various mysterious funds from the United States, operating in the territory of the former USSR and Eastern Europe. "Lawyers and business" mainly specialize in projects and support of companies, which they are indicated by curators from Ukraine and the USA. In particular, they have been serving the interests of the Russian representative office of IKEA for a long time.

"The Ukrainian Mafia" and the murder of Nemtsov

According to the materials of rutelegraf.com, the activities of the current managers of "Lawyers and business" at the initial stage were largely connected with Alexander Kotelkin, who in the 90s was the head of Rosvooruzheniye. This native of Kiev was one of the leaders of the "Ukrainian Mafia" grouping in the apparatus-bureaucratic system of the Russian power structures. Thanks to the efforts of Kotelkin, and to the detriment of the interests of the Russian Federation, in 1996-1997 Ukraine moved to the 4th place after Russia in the international arms market, "withdrawing" Moscow from transactions worth $ 1.5 billion. Kotelkin in exchange received from Kiev "kickbacks" in the amount of 10% of each transaction.

Kotelkin also took an active part in smuggling arms (to the detriment of Russia's interests) to various countries, for which the company Kargotrans, which he controlled, was involved. When in 2001 Kotelkin left all the posts in state structures, the interests of the ex-head of Rosvooruzheniye were represented by two lawyers, Sergei Kovbasyuk and Arthur Zafarov, the current "first persons" of the bureau "Advocates and Business". In particular, they acted on the side of Kotelkin in his protracted legal proceedings with Boris Nemtsov. In 2000, Kotelkin took Boris Nemtsov $ 750 thousand to do it was easy, because they were in a friendly relationship. When, Nemtsov was vice-premier of the Russian government, he was chairman of the commission for cooperation with China. And Rosvooruzhenie supplied a large amount of arms to this country. On this ground, two officials agreed.

Received money from Nemtsov, Kotelkin invested in the purchase of a piece of land near Kiev, and refused to return the debt. As a result, the former head of Rosvooruzheniye lost all the courts to Nemtsov, and his bailiffs began to hunt for his assets. "To fight off" the bailiffs, Kotelkin was helped by Kovbasyuk and Zafarov, who had not only common financial interests, but also general supervisors in Ukraine - this is a large group of representatives of political forces and special services, among which one can distinguish ex-mayor of Kiev Leonid Chernovetsky. And in February 2015 Boris Nemtsov was killed.

As established by the TFR, the perpetrators of this crime were natives of the Chechen Republic, including former battalion of the battalion "North" Bislan Shavanov (died during the detention). According to operational data, shortly before the preparation of the murder of Nemtsov, Shavanov arrived in Ukraine to participate in combat operations as part of the battalion named after Dzhokhar Dudayev. However, he was detained by the SBU and recruited by them as an agent. After that, Shavanov returned to the Russian Federation, where preparations began for the removal of Nemtsov. This crime could cause a big international scandal and significantly damage the interests of the Russian Federation. It is noteworthy that at the initial stage of preparations for the elimination of Nemtsov (November 13, 2014), lawyer Sergei Kovbasyuk flew to Georgia, where now lives Leonid Chernovetsky. During the planning of the shooting, the politician, Poroshenko included in his new team a large number of henchmen of Chernovetsky, clearly giving him credit for certain services. According to the version stated in the materials that were available to rutelegraf.com, it can be assumed that the murder of Nemtsov was planned by lawyers Kovbasyuk and Zafarov and their curator Leonid Chernovetsky. Moreover, they had a "double" interest: how to help the Ukrainian authorities in creating a negative background around Russia in the world, and to eliminate the large creditor of the former head of Rosvooruzhenie Alexander Kotelkin. On the territory of Ukraine, the necessary work, including recruitment, was conducted by the SBU with the approval of Petro Poroshenko. As a performer, a group of natives of the Chechen Republic is involved, among whom was an agent recruited by the SBU.Organizational issues were dealt with by Leonid Chernovetsky, and directly in the territory of the Russian Federation-Kovbasyuk and Zafarov. Financing the elimination of Nemtsov could be carried out at the expense of clients, headed by Kovbasyukov bureau "Lawyers and Business". In autumn of 2014 and in January 2015, the bureau received large financial injections from the Moscow representative office of the company "IKEA".

What is the Bureau of Lawyers and Business?

As they say in the materials, which became the property of rutelegraf.com, Alexander Kotelkin carried out arms smuggling, including with the help of the company "Kargotrans". When the bailiffs, in the case of Nemtsov's suit, began to "hunt" for Kotelkin's assets, he began urgently "copying" them to his lawyer Kovbasyuk. In particular, Kovbasyuk became the owner of OOO Tver-Safari. This was created by Kotelkin, a large hunting farm in the Tver region. Also on Kovbasyuk was rewritten, controlled by the ex-head of the "Rosvooruzheniye" real estate agency "Big Time". The lawyer became the owner of 32% of the very firm Kargotrans. Office "Kargotrans" was located at Pyatnitskaya street, house 14, page 1 (this is a small 2-storey mansion). At the same address was located Moscow office of the Ukrainian law firm "Gestors", whose manager and head of the representative office in Russia is Arthur Zafarov (the second lawyer Kotelnikov). And then Zafarov became the owner of 50% of the lawyers' bureau "Advocates and Business", which was replaced by the official representative office of "Gestors" in the mansion on Pyatnitskaya Street. The manager of "Lawyers and Business" became Sergei Kovbasyuk. Thus, "Lawyers and business" are at present the "subsidiary" structure of the Ukrainian bureau "Gestors". At the same time co-owner of the Bureau Zafarov retained the status of the manager of the "Gestors".

According to rutelegraf.com, Ukrainian "Gestors" is headed by lawyer Vitaly Makhinchuk, who together with his partner defends the interests of numerous members of the clan Leonid Chernovetsky. The leaders of the "Gestors" had numerous contacts in the SBU and the authorities, the times when Ukraine was led by Viktor Yanukovych. It is noteworthy that Poroshenko had as many ties as they had. What is not surprising - a significant part of the team Poroshenko now composed of the drafts of Chernovetsky. Among them are Igor Kononenko, who is not only deputy chairman of the parliamentary faction of the Bloc Petro Poroshenko, but also actually the main "looking" for the presidential political force in the parliament. Another pupil of Leni Kosmos, Sergei Berezenko, was appointed head of the state administration of affairs, in fact, the president's manager. Berezenko is on par with Kononenko in the president's closest circle of contacts. The representative of the team Chernovetsky Maxim Savrasov, is the secretary of the party Block Petro Poroshenko "Solidarity". This list could be continued for a long time.

It was the people of Chernovetsky and the lawyers from Gestors who helped Poroshenko to wage a legal war against Igor Kolomoisky.

Also, "Gestors" and Chernovetsky were seen in "flirting" with the "Right Sector". Chernovetsky allocated 10 million hryvnia to the families of those killed in the Maidan. A relative of the manager of "Lawyers and Business" (Moscow branch of "Gestors") Sergei Kovbasyuk Yaroslav Gurniak was one of the leaders of the nationalist movement in Lviv "Trident", from which the "Right Sector" grew. Gurniak took an active part in the events on the Maidan, and then in the pogroms in Kharkov.

Also, Chernovetsky has good relations with government agencies and US special services. Lenya Kosmos often happens in this country where she has her own curators, which explains his position in Ukraine as well as in Georgia, where Chernovetsky has recently lived.

According to the version stated in the materials, access to which was received

rutelegraf.com, the Moscow office of Gestors under the name "Attorneys and Business" is completely under its control in its head structure in Ukraine and in fact is the "hands" of the team of Chernovetsky, Poroshenko and the Security Service in the territory of the Russian Federation. The list of communication managers "lawyers and business" only is a confirmation that they carry out the orders of their curators in Ukraine. So, on August 8, 2013, Kolbasyuk traveled to Latvia together with Vladimir Kovtun, then the current head of department "K" of the UAS in Dnepropetrovsk region. After Petro Poroshenko became president of Ukraine, the head of the Ministry of Internal Affairs Arsen Avakov personally sent a letter to the head of the SBU Valentin Nalyvaychenko with a request to transfer Lieutenant Colonel Kovtun for further service in the Ministry of Internal Affairs of Ukraine. June 28, 2015 Kovbasyuk flew to Armenia together with the judges of the Supreme Special Court for Civil and Criminal Affairs of Ukraine Roman Sakhno, who among other things considered the case against Yulia Tymoshenko.

The campaign was made by Agata Mazepa, the head of the Polish branch of the Associate of US Transfer Agency Franklin Templeton Investments. It is a global investment company, one of the largest in the US, closely connected with the US authorities and special services and has an extensive network in Eastern Europe.

The majority of clients "Lawyers and business" became such by the patronage of the curators of this lawyer bureau from Ukraine and the United States. Among the largest customers can be identified IKEA, which is one of the main budget fillers "Lawyers and Business". The best way to finance the American-Ukrainian cell on the territory of the Russian Federation, as under the pretext of allocating money for legal services, you can not imagine.