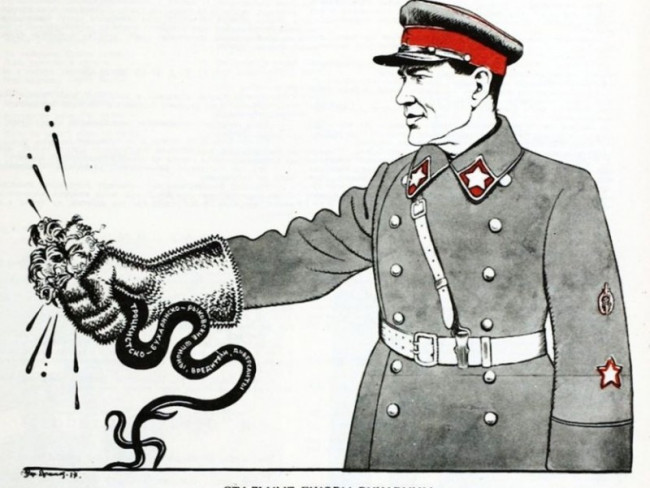 Among the well-known throughout the country dwellers jail "Lefortovo" - "thieves in law" Zahara Kalashova and Yuri Pichugin, the former head of GUEBiPK Ministry of Internal Affairs of the Russian Federation Denis Sugrobova, the former head of Komi Vyacheslav Gayzer, the creator of "Humpty Dumpty," Vladimir Anikeeva, the FSB officer Sergei Mikhailov, etc.- if one of the owners is little known to the general public. It is about the "authority" of Nikolai Pavlinov (Pavlin or Kohl). He, according to rutelegraf.com, was in the midst of the Moscow region "war", the participants of which became the highest-ranking officials, former and current corrupt police and influential mafia. The story is extremely entertaining and showing the morals prevailing in the Moscow region under the head of the region Andrei Vorobyov.

Mafiosi number 1 in the suburbs is the leader of the Podolsk criminal conglomerate Sergei Lalakin (Luchok). At one time in St. Petersburg was the night governor Vladimir Barsukov-Kumarin. And in the Moscow region, the night governor is Luchok. For all his frankly criminal biography, he was awarded the Order, he entered the offices of the region's top officials and individual law enforcement agencies. According to sources rutelegraf.com, in particular, its close ties to the last line are the former Deputy Chief of Defense Research Affairs of the Russian Federation Igor Bolloev and his brother Stanislav Bolloev - Chief of police of Podolsk.

Despite the fact that onion formally listed "Podolsk" sphere of influence extended to many other areas of the Moscow region, including Chekhov district. Most of the heads of this district were considered his proteges. It is not surprising that the leader of the Chekhov's OPG, Nikolai Pavlinov, was also a close associate of Lalakin. True, they are completely different people. Luchka has long been perceived in the criminal world as an "authoritative" businessman, far from "thieves" concepts and laws. Peacock, according to sources rutelegraf.com, on the contrary is considered a gangster of "old leaven", which all these concepts and laws carefully observe. At one time, his candidacy was considered for the appropriation of "thieves' epaulettes."

Kolya lives all this life with "gatherings", "arrows" and "disassemblies". And for replenishing obshchaka and business projects he was responsible for the entrepreneur Oleg Strekalov (Zico). According to the established Luch hierarchy, it was believed that the share in all projects Zico is and Lalakin, and Igor Bolloyev. Pavlinov and Strekalov did not really agree with this, but they never argued openly. You can go to the next world or, rather, be behind bars.

Strekalov has long been thinking about going abroad forever. And for this purpose, everything was looking for an opportunity to receive capital, so that both his own and great-grandsons could suffice. And such a case has appeared. One of the medium-sized banks decided to invest in Zeko's Masquerade Shopping Center. Bankers offered a record $ 55 million for the facility and the parties hit on the hands. The deal was formalized "in white", just as legally Strekalov immediately withdrew these capitals outside the Russian Federation.

According to rutelegraf.com source, immediately on its doorstep formed onion and Bolloev wishing to get their very considerable, share of the deal. Ziko decided to argue with such encroachments. And then there was a scenario, which Pavlin and Strekalov feared all the time.

Podmoskovnye police detained the personal driver Ziko, while in the car was the award (from the head of Abkhazia) a pistol of the chief. It was officially formalized, but it was of little interest to the detectives near Moscow. To the world instantly appeared the case under Article 222 of the Criminal Code of the Russian Federation (illegal possession of weapons) and the operative group left Ziko himself. Strekalov understood perfectly well that, if he were in the cell, he would have to part with all his means, but with all means. Therefore, quickly jumped into the car and through Ukraine went to one of the European countries.

Angry Luchok and Bolloev went to the boss Ziko-Nikolai Pavlinov. He was told that now Strekalov's duty "hung" on him and in his interests to return Ziko along with the money. Or Pavlinov is in for a very big trouble.