Moscow suburbs: a network of confusion and a marathon runner Kuznetsov 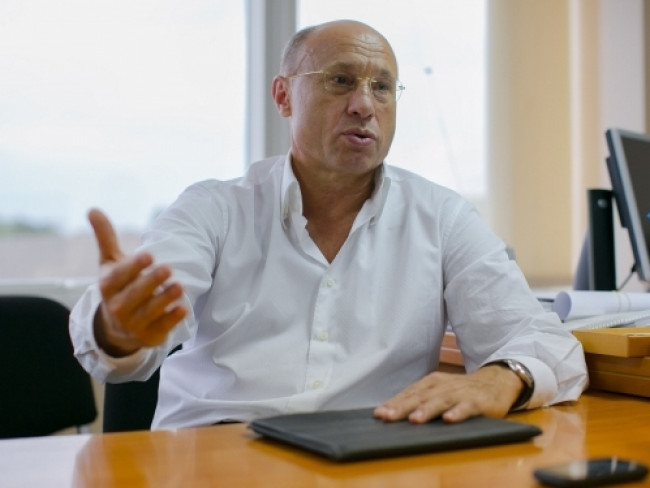 Rutelegraf.com continues to talk about the Moscow mafia, with which high-ranking officials are connected, former and current corrupt policemen and influential businessmen. In the sixth part of the investigation we will continue the narrative of the Korston hotel chain. Its official owners are Anatoly Kuznetsov and Odyssey Kessidi. In reality, according to rutelegraf.com, the main "roof" of Korston is the leader of the Moscow mafia, Sergei Lalakin (Luchok).

The ban on casino in 2009 seriously hit the profitable business of Luchka, Kuznetsova and Kessidi. However, the casino in all the "Korstons" remained, only underground. In the suburbs it was not difficult to do. The family of Kessidi is friends with the family of the Greeks of the Urumovs (both families come from Tsalka), whose representative Dmitry Urumov was the deputy prosecutor of the Moscow region. He was one of the main participants in the prosecutor's group, which "roofed" the entire underground gambling business in the Moscow region. Odyssey and Georgis Kessidi could often be found in the society of Dmitry Urumov, with him they acquainted the necessary businessmen and officials.

According to rutelegraf.com, the underground casino in "Orlyonka" ("Korston") has been preserved after the official closing. In March 2010, the GUS of the Ministry of Internal Affairs in Moscow instituted criminal proceedings in connection with the organization and holding of gambling in the Korston with the use of gaming devices under the guise of distributing a stimulating lottery (clause "B", part 2, article 171 of the Criminal Code). However, even after this casino there operated.

So, in the summer of 2010, 362 gaming machines, four poker tables and three roulette tables were seized in Orlenka. But after that the casino continued its work.

In October 2010, the police stormed the "Korston" with the riot police, where the underground casino continued to operate. It worked under the guise of "City of Entertainment".

A similar situation was in Tatarstan. So, in 2012, the largest underground casino in Kazan, located in Korston Korpost, was liquidated.

Kessidi, Kuznetsova and Co. did not touch all these matters in any way. According to sources Rutelegraf.com any mega-roof at the level of the Ministry of Internal Affairs, the State Office of Public Prosecutor, FSB at them never was. But there is a lot of money, with the help of them and Luchka's ties, they solved similar problems.

A separate "song" of a prostitute. In Korston in Moscow, up to now, up to 70 girls are on duty at the same time, ready to serve customers. In the Kazan "Korston" because of this a huge scandal erupted. On the night of 29 to 30 March 2015, in the 1617 Korston hotel, police released two girls, one of whom was a minor (17 years old). They were forced by force to engage in prostitution. The case was very loud in Tatarstan, as it turned out that the entire Kazan "Korston" was a public house, and in this illegal business was involved almost the entire staff of the hotel.

At the end of 2016, 149 employees of the Korston hotel and entertainment complex in Kazan, including the general director, were brought to disciplinary responsibility in connection with the criminal case on the organization of prostitution.

According to rutelegraf.com, Kuznetsov and Kessidi tried to officially continue the gambling business. In particular, they opened a Korston hotel with a large casino in Montenegro and hoped that a lot of clients would move there. The undertaking was completely disastrous and unprofitable. They tried to "go" and into the official gambling zones in Russia. Thus, OOO Beta, controlled by the Haritidi family, with the participation of Kessidi and Kuznetsov, won a tender for the right to lease a plot of 1.5 hectares in the federal gambling zone Azov-City in the Rostov region. However, the casino was not there.

All the interlocutors say Rutelegraf.com that Kessidi, and Kuznetsov extremely rich people and the flow of money they do not decrease. In particular, Kuznetsov constantly lives in Miami, visiting Russia "by arrivals". He also travels a lot around Europe and participates in almost all major European marathons (from 50 km).

Kuznetsov, and Kessidi still maintain close relations with Luchkom, he is considered an unspoken co-owner of Korston. Also around them are constantly and other criminal personalities. For example, one of the biggest gatherings of "thieves in law", dedicated to 40 days after the murder of "the main thief" Aslan Usoyan (Ded Hasan), was held in Moscow's "Korston".