Show business "under the wing" of Taiwanchik 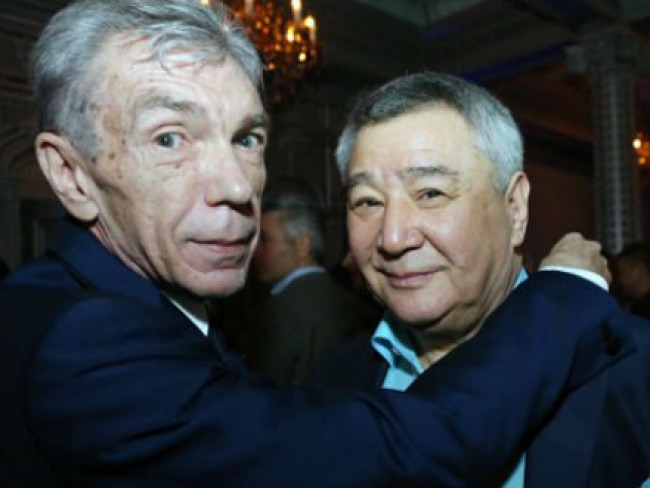 rutelegraf.com publishes the second part of the investigation about one of the most public figures of the Russian mafia - Alimzhan Tokhtakhunov (Taiwanchik). In this publication, we will talk about the ties of Tayvanchik with representatives of show business.

Gradually, the interests of Tayvanchik grew into one game of cards. He began to collect antiques himself, as well as to transport rare things abroad. According to rutelegraf.com, Tokhtakhunov mainly delivered supplies to the Federal Republic of Germany, where the influential "authority" Efim Laskin (Fima) settled there. Antiques also went to France Arkady Gaydamak. Taiwanchik was engaged in banned transactions with currency, took part in various frauds. And of course, he brought together gangsters, guildmasters, athletes, artists. Among the latter, Tokhtakhunov was a very prominent figure.

In the 70s, a very young, but extremely wealthy Taiwanese often visited his native Uzbekistan from Moscow. In the republic, he rolled up lavish festivities, littered money, which drew the attention of local law enforcement bodies. In 1972 Tokhtakhunov visited the concert of the beginning singer Sofia Rotaru in Tashkent. Catala was impressed there with the talent of the artist, who immediately rented the banquet hall of the Tashkent Hotel and invited Rotaru there with her team. A mere mortal entrance to the event was closed. The news of this party quickly reached the local authorities. As a result, from Uzbekistan to Moscow, where he spent most of the time Tokhtakhunov, received a telephone message demanding to check the rich man. Almost immediately Tayvanchik was arrested and convicted for "violation of the passport regime." However, due to his numerous, including influential acquaintances, Tokhtakhunov quickly came to freedom. In the future, he more and more paid attention to Soviet show business. Taiwanchik began to help Rotar with money, as well as in organizing concerts - and in the Soviet times it is not easy. He often found himself behind the scenes, at events for artists. According to rutelegraf.com, Tokhtakhunov also closely associated with the singer Joseph Kobzon, who always gravitated to the representatives of the criminal world, was friends with Otari Kvantrishvili, Kalina, and knew many other "thieves-in-law". Kobzon, in the early 80's, brought Taiwanchika with the already mega-star Alla Pugacheva. As a result, Tokhtakhunov finally became his own among the show business. To above listed artists who have become Alimzhan's friends, you can add Lev Leshchenko, Vladimir Vinokur, Yuri Antonov, Yuri Nikolaev, the leading "Morning Post", etc. Taiyanchik's wife was a girl from the musical environment - Assistant Secretary of the composer David Tukhmanov. Tokhtakhunov managed to combine the roles of a rich friend of singers and their administrator, arranging concerts with huge fees. This kind of activity in 1985 brought its results.

This year you start Tokhtakhunov again fed up with the authorities and he was arrested in Sochi, and then convicted of parasitism (the last conviction of Taiwanchik). Then the "stars" stood for their friend. Kobzon with Antonov organized a concert for the leadership of the police of the Krasnodar Territory, after which they stopped a word for Tokhtakhunov. However, this did not help. It turned out that the decision to arrest Taiwanchik was taken in Moscow. According to rutelegraf.com, then Sofia Rotaru, already in the status of a star of the first magnitude, went directly to the Minister of the Interior Vitaly Fedorchuk, whom she knew. After her visit, Alimzhan went free and returned to Moscow.

Soon the USSR began "perestroika", business began to emerge. Tokhtakhunov headed the cooperative "Tau". With the advent of commerce, various groups began to grow in the country, as in leaps and bounds, with the leaders of which (then ordinary gangsters) Tayvanchik also found a common language. A person with many connections is needed by everyone. In particular, he established good relations with the head of the Izmaylovskoy organized crime group Anton Malevsky, with the leader of the Okha OPG Sergei Timofeev, the leader of the Lyubertsy OPG Sergei Aksenov (Aksen), and the leader of Solntsevo OPG Sergey Mikhailov (Mihas).

Life in the capital was then accompanied by almost daily murders - gangsters fiercely divided spheres of influence. It was very easy to perish, entangled even in the most, at first glance, non-dangerous disassembly. Accustomed to a calm and measured life, Taiwanchik, who never killed anyone, preferred to go to Germany in 1989. Especially there he was, where to start a stormy activity.