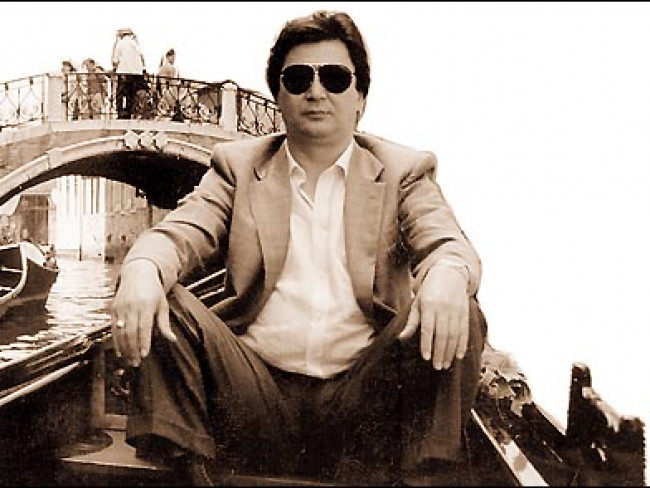 rutelegraf.com publishes the continuation of the investigation of the most public figures of the Russian mafia - Alimzhan Tokhtakhunov (Taiwanchik). This article will deal with the French adventures of Taiwanchik and the killings associated with it.

In April 1993, Tohtakhunov bought a luxurious apartment (for 9 million francs) in the 16th district of Paris. Apartments next door belonged to Saddam Hussein, Christian Dior, Sophia Loren. When Taiwanchik began to make repairs in the luxurious apartments, he immediately attracted the attention of the police. Expensive work was paid by ICC (used to launder weapons money) and another company closely associated with Arkady Gaydamak - "Reminvest". Opening bank accounts, Tokhtakhunov was represented by the chairman of the board of directors of Moscow City, the general director of which was the same Gaydamak. And Gaydamak at that time was already fully developed by the French police on suspicion of arms trade, bribery of officials, money laundering, etc. Tayvnchik began to be called for interrogation, he had to behave in France very carefully. Two restaurants bought katala did not even register for themselves - one officially belonged to a friend of Alimzhan, the other - to Sergei Gorshkov. By the way, in 1994, Taiwanchik helped to buy a restaurant in Paris and his friend Sergei Lisovsky. In the years 1993-1995. Alimzhan again returned to his favorite cards and traveled almost all the major gambling establishments in the country. He did not forget about his activity as an intermediary. In particular, according to rutelegraf.com, he helped the "lawyer" Aleksei Petrov (also at that time reside in France) to take control of the Moscow firm "Oltes" -the receiver "M & S Intercenter". This structure was left without a master after the death of Kvantrishvili.

In 1994, for help to Tayvanchik turned businessman Sergei Makarov. Together with his partner Sergei Mazhaev, he acted as an intermediary for the French company Syukden to obtain a Russian order for the supply of food. As it often happens, the partners could not divide the commission from the transaction in the amount of $ 1.5 million. According to rutelegraf.com, Mazhaev was a close friend at that time of the Minister of Foreign Economic Relations Petra Aven, who lobbied the deal with the French company. Therefore, Mazhaev believed that his role in the project is higher and he should get more money than his partner. Disagreeing with such a position, Makarov went to Tokhtakhunov, and the latter brought him down with Yaponchik. Threats to Mazhaev did not work. And on November 22, 1994, two killers entered the Paris house where the businessman lived, climbed to his floor and rang the doorbell. She was a bullet-proof glass, but Mazhaev did not save it. The criminals put a submachine gun with a silencer to the glass and released the entire clip. Firing one after the other bullets broke through the barrier and reached the goal. The French police interrogated in the framework of the investigation of Taiwanchik, but his involvement in the crime could not be proved.

And already in early 1995, the FBI sent a recording of an amusing conversation to Paris. Worried Taivanchik called the United States, where at that time there were Japanki and Sliva. Alimzhan spoke with the latter and said that gangster Monya Elson was arrested in Italy, who had common business with Japonchik, and with Plum, and with Taiwanchik. In this case, Elson was known for being able to hand over to the special services of any of his partners, in exchange for mitigating punishment. This was feared by Tokhtakhunov. The bell was the last straw that filled the patience of the French police. Its representatives began to cleanse the country of Russian gangsters. At first, Petrova was deported from her, and then the turn came to Taiwanchik. Since his involvement in the mafia could not be proved, the French found another way to expel the catale. According to his Israeli passport, he could stay in the country for only three months. Then Taiwanchik had to leave and again cross the border. Tokhtakhunov also stayed in Paris for more than 120 days, so he was deported and forbidden to return. Alimzhan tried to settle in Monaco, but from there he was also escorted. Then Tayvanchik opened a lawsuit with the French authorities and won it, having managed to obtain a court decision permitting his stay in France.