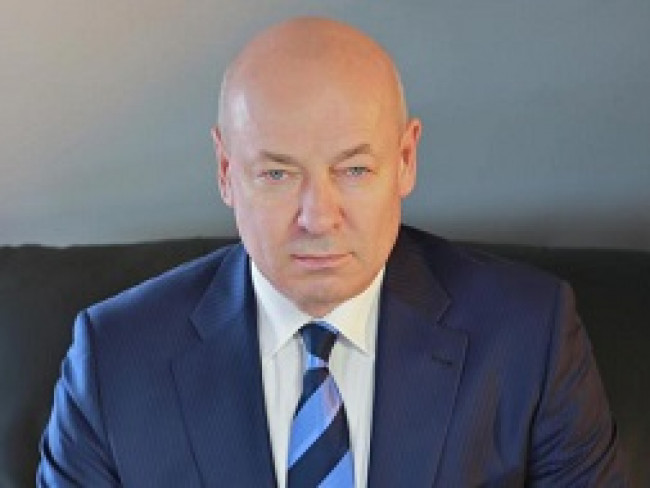 Rutelegraf.com continues to talk about the Moscow mafia, with which high-ranking officials are connected, former and current corrupt policemen and influential businessmen. In the fifth part of the investigation, we will continue the narrative of the Korston chain of hotels. Its official owners are Anatoly Kuznetsov and Odyssey Kessidi. In reality, according to rutelegraf.com, the main "roof" of Korston is the leader of the Moscow mafia, Sergei Lalakin (Luchok).

In 1992, former officials of the Central Committee of the Komsomol illegally privatized the Orlenok complex, part of the shares went to Anatoly Kuznetsov, who was friends with these "officials," and their offices were neighbors.However, prior to meeting Luchkom, he was not particularly noticed in the activities of the complex. already in 1996 he became general director of "Orlenka" and actually controlled it together with Luchkom, where one of the first casinos in Moscow was opened, which remained the largest in the capital until the opening of the "Crystal" casino. According to Rutelegraf.com, the casino for a long time bring $ 20 million in cash in a month, Orlyonok became the center of prostitution, while casino customers, restaurants, and variety shows were served by up to 100 girls at the same time. "The Eagle" was considered one of the best in Moscow, it was a cult place and was called the "Russian troika" Hence the name of the firms that are controlled by Kuznetsov, Kessidi, etc. - "Russian troika", "Russian troika plus."

In "Eaglet" New friends of Kuznetsov were hanging out, with whom he was introduced by Luchok. Among the notable of them (which provided Kuznetsov and Kessidi various assistance) can be identified head of the Chekhov district Gennady Nedosek, who mysteriously died in 2004. Allegedly his jeep moved into a ditch, caught fire and the official burnt alive. Nedoseka had a permanent apartment in Orlyonka, arranged rallies, fights, etc.

Very quickly, "casino branches" in "Eaglet" were opened in Kazan, Serpukhov, Podolsk, Chekhov. According to Rutelegraf.com, Cassidy did not participate in the Moscow and Kazan projects, but was co-owner of all casinos in the Moscow region. He also actively involved in the development of this business representatives of the Greek diaspora, in particular the family of Charitidi, whose head Kharitidi Perikl Ivanovich, once served as chairman of the board of the Chekhov district council.

As Rutelegraf.com found out, Korston in Serpukhov was built solely for one purpose - to open a mega-casino in Moscow. (and the ban on casinos became a real shock). By the way, the construction began without permits due to which there were even legal proceedings.

With his family, Cassidy has long been friends and "sits on her money" Mikhail Leontiev (now the Minister of Housing of the Republic of Mari El), who at the beginning of the construction of "Korston" served as vice-mayor of Serpukhov for construction. He then lobbied Kessidi's interests in this object. The then mayor Pavel Zhdanov thought that he had not been shared with him and he had launched a war on the "construction project". There was even a court decision that recognized the erection of Korston as illegal. However, then Zhdanov was replaced by Pavel Zalesov, who was loyal to Cassidy and immediately forgot about all the claims to Korston.