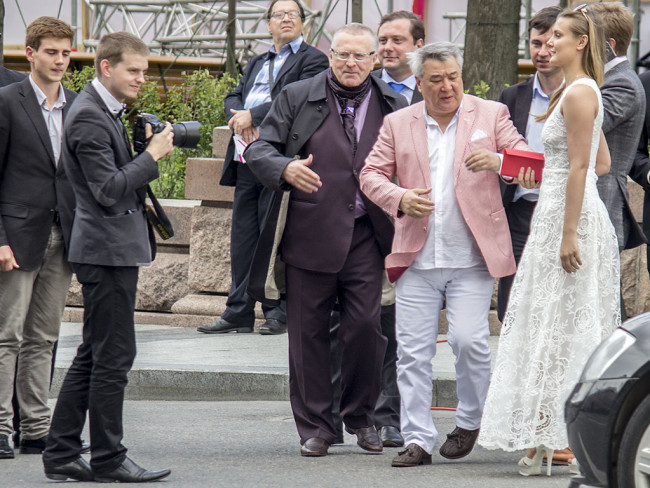 rutelegraf.com publishes the third part of the investigation about one of the most public figures of the Russian mafia - Alimzhan Tokhtakhunov (Taiwanchik). In this article, we will talk about the ties between Taiwan and the representatives of show business.

In 1989, there was still a Western group of troops in Germany that did not obey the local authorities - the police could not enter its territory or inspect the cargo of the ZGV. Because of the mess in the USSR itself, control of this group of troops was lost in the Soviets. As a result of the ZGV, more and more well-known adventurers of the time became interested: Taivanchik, Semyon Mogilevich, Dmitry Yakubovsky, Arkady Gaydamak, etc. To maintain the groupings of the budget allocated colossal amounts. As the law enforcement agencies later established, food and cigarettes were bought up with huge amounts of money, which then went smuggling to Moscow. Here, for their sale, answered Joseph Kobzon, Otari Kvantrishvili and Arsenti Kikalishvili, who later created the "Association of the 21st Century." Abroad, all necessary work was done by Boris Nayfeld, Riccardo Fanchini and Rushmiel Brandwine. To do this, they even created a company called M & S international. And in Moscow Otari Kvantrishvili opened her representative office - "M & S Intercenter". Later, the company M & S, the forces of the ZGV, engaged in the transfer of drugs. The heroin from Asia, Tajikistan and Afghanistan was transported by military transport aircraft to the territory of the ZGV in Germany, and from there it spread all over Europe. In order to "launder" the proceeds of "M & S" in Paris, the company "Interplacement" was established. According to rutelegraf.com, to her appearance Tayvanchik had the most direct relationship. Also Tokhtakhunov brought all people interested in such a business: corrupt generals and officials, businessmen, adventurers, gangsters.

ZGV at that time became one of the largest points on the illegal sale of weapons. The clients were offered MiG fighters (several million dollars apiece), BTR (200-300 thousand dollars), Kalashnikov assault rifles ($ 200), etc. And here it was not without Tokhtakhunov. Thanks to his efforts in the arms business Arkady Gaydamak earned extremely well. Well, it's clear that Tayvanchik himself did not stay out of all these projects. To legalize proceeds from arms deals, Tokhtakhunov and Gaydamak created the ICC firm on the Virgin Islands.

In the early 90's in Russia, it was extremely common theft of state money with the help of counterfeit bank payments, the so-called advice notes. Thus, hundreds of millions of dollars were stolen and again not without the participation of Taiwanchik. According to rutelegraf.com, it was he who led the scammers, who steal money, with people in the West who helped to launder and invest this money in real estate, etc. In particular, Tokhtakhunov was attracted to this business by businessman Sergey Gorshkov, who lived in Paris. He quickly became one of the best specialists in the legalization of advances in money and in this status met many politicians. According to the materials of the Investigative Committee under the Ministry of Internal Affairs of the Russian Federation, at one time Gorshkov financed the beginning politician Vladimir Zhirinovsky.

Also, for the cleaning of payment advice in Antwerp, the company "Trading Unlimited Inc." was established. When the flow of stolen bank funds dried up, the company was renamed Kremlin Group Trading Unlimited, whose president was Ricardo Fanchini. His secret partners were Brandwine and Nayfeld. "Kremlin groups" appeared in 1992, when friends of Taiwanchik Shamil Tarpischev and Otari Kvantrishvili (shot by a sniper in 1994) created the National Sports Fund (NSF) in Russia. President Boris Yeltsin was very fond of tennis, and his personal trainer was Tarpischev. As a result, he achieved that the head of state would give NSF unprecedented customs and tax benefits. According to rutelegraf.com, Taiwanchik quickly brought down Fancini and Co. with Tarpishev and Co.. And the most ambitious and profitable project of officials, sportsmen and mafia appeared. "Kremlin groups" without paying customs duties imported to the NFS a huge amount of alcohol (including vodka "Kremlyovskaya") and food products. In Russia the goods were sold (taxes were not paid), bringing to the creators of this business huge profits. Among those who traded in the RF products from Kremlins Group were the structures of a businessman, the current member of the Federation Council, Sergei Lisovsky. And his agency Premier SV actively promoted the Kremlin Group products on TV. As a result, Taiwanchik became friends with Lisovsky and talks to him to this day.

In 1991, Yefim Laskin had a conflict with Vyacheslav Ivankov. As a result, the closest associate of Japonchik's "thief-in-law" Alexander Bohr stabbed Fima. And Japonchik instructed to represent their interests in Germany to Taiwan. However, Tokhtakhunov was not "watching" the Federal Republic of Germany for long. At the end of 1992, local authorities were fed up with the presence of a large number of criminal Russians, and they began to be evacuated from the country. Including from Germany they expelled Tayvanchika. He tried to settle in Israel. And even got the citizenship of this country (where Alimzhan found Jewish roots is a great mystery). However, Tokhtakhunov quickly got bored on the "promised land" and he moved to live in France, where he immediately fell under the hood of local special services.

Mark Gordon to rutelegraf.com, another project, to which Tokhtakhunov once put his hand, was no less ambitious. He introduced the childhood friend of Mikhail Cherney to the leader of the Izmaylovo OPG, Anton Malevsky. Such a merger of business and crime led to the fact that through numerous murders Black and Malevsky captured most of Russia's aluminum industry.