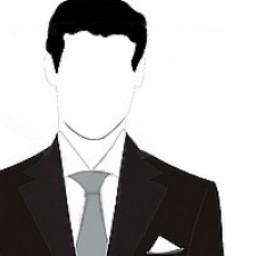 Abukar Bekov graduated from the Economics Faculty of Moscow State University. He is a son of Sergei Bekov, the last chairman of the Council of Ministers of the Chechen-Ingush ASSR, who was dismissed from the post by Johar Dudayev.

In 1992, Bekov-senior left Ingushetia. He was one of the heads of the Russian Customs. Then he received the rank of Colonel-General of the Customs and the post of the Head of the Administration of the Russian State Customs Committee (SCC). After resignation he represented Ingushetia in the Federation Council. Bekov is a close friend and political ally of Gutserievs’ family: he lost his position in the Federation Council after he had supported Khamzat Gutseriyev, the elder brother of Mikhail Gutseriev and the opponent of all-powerful Ingushetia head, FSB general Murat  Zyazikov, in the Ingushetia’s presidential elections in 2002.

Abukar Bekov worked for Mikhail Gutseriev, when the latter was CEO of Slavneft oil company. Then he became a co-owner of the Grand Association -Gutserievs’  network of gas stations.

The network was successfully sold to LUKOIL. It was estimated that Bekov earned $ 200-250 million.
Source: Forbes

Up to 2000, Bekov owned the White Sea Lespromhoz  logging company.

In 2005, the head and the owner of RussNeft Mikhail Gutseriev bought Grand Association gas network, that consisted of 59 gas stations in Moscow, 6 ones – in Moscow region, and 25 - in Krasnodar Krai (near Sochi).

The association was purchased from the German fund, owned by CEO and the co-owner of Rosgosstrakh Danil Khachaturov, as well as his partners.

The special feature was that the important role in this transaction was played by Gutseriev’ Slavneft past.

Khachaturov was part of Gutseriev’ team during his work in Slavneft. He was the First Vice-President of the former state-owned company.

It was that time, when the current Grand owner got control over the gas stations network.

According to the experts, Grand was worth about $ 100 million. Mikhail Gutseriev, Danil Khachaturov and the new head of Grand Abukar Bekov refused to comment the bargain.
Source: Profil, 11 April, 2005

Co-owner of Estar metallurgical holding, the State Duma Deputy Vadim Warsawsky had to part with his property.

The veteran of corporate wars could not withstand the financial crisis: the product pricing went down by 65%, the debt was about $ 1 billion, the plants were closed, and creditors moved to the courts.

The deputy  asked his friend entrepreneur Abukar Bekov for help, as they had worked together with Mikhail Gutseriev: Warsawsky had been a partner, Bekov had done as a manager.

"Warsawsky made me an offer through B&N Bank to purchase all the shares of the holding company.

By the end of April, we must formulate specifications, " Bekov said. He has no experience with metallurgical assets, but he has money and a simple calculation to buy cheaper.

Sources say that other GC Estar assets will move over to a subsidiary Rostechnologii company as well.
Source: Kommersant, 19 May, 2009


After negotiations with the GC founder and owner Vadim Warsawsky, Bekov, who led Estar within two months in 2009, decided to cancel the deal. In early June of 2009 B&N Bank, that consulted the sale of company’s assets, reported that Zlatoust and Novosibirsk metallurgical plants, Volgograd Small Diameter Pipe factory, Engels Pipe Plant, and PLC Nytva, belonging  to the group of companies, would be transferred to LLC CTW-Metallurgy.

The President of GC Estar Abukar Bekov, the Chief Financial Officer of Estar management company Alexander Butsin, the former CEO of Estar Trade House Nicholay Kamyshev, and CEO of Estar Resource Trade House Dmitry Manoff had to be the founders of CTW -Metallurgy.  The amount of the transaction was not disclosed, but according to the analysts, the Estar’s assets could be transferred "for a rub." because of the huge debts (according to B&N Bank, about $ 1.5 billion), but on condition of non-stop work.

It was also reported that Bekov would own CJSC Volga-FEST and Rostov electrical plant. Now, however only the problem of Volga-FEST still remains open.


According to Finance magazine, Bekov took 410th place in the 2011 rating of the richest businessmen, with a fortune of $ 0.2 billion.  In a year, he moved down 75 slots.