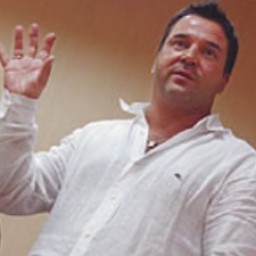 Alexander Afanasiev was born on July 28, 1965 in Leningrad. He graduated from the Faculty of Pharmacy of the Leningrad Chemical and Pharmaceutical Institute. He served in the Airborne Special Forces.

In 1990, he founded and headed the Pharmacor pharmaceutical company.

From 1997 - President of the Union of pharmaceutical enterprises of St. Petersburg

President of the Union of pharmaceutical enterprises of St. Petersburg

Member of United Russia fraction in the State Duma

In 1990, Afanasiev headed Pharmacor JSC, and in 1994 – the Central pharmaceutical storehouse of St. Petersburg, taking under control production and sale of drugs in the city. It did not bring any special dividends to Afanasiev - according to the income declaration, there were no apartments, lands, or bank deposits in the ownership of the pharmacist. He had declared only “correct” cars - Jeep Cherokee and Mercedes 600.

In 1999, the Communist Party and the disinterested businessman found each other, and he was elected in the State Duma from the regional list of the Communist Party. In the Duma, Alexander Afanasiev was appointed deputy chairman of the Sports Committee - a profile one, overall, for the owner of that vehicle fleet.


There are few ways to get money from the Communist Party for one’s own hand. The most popular is to systematically include representatives of oligarchic structures in the party lists of federal parliamentary elections.

In 2003, the Communist Party did not niggle and included about 20 representatives of oligarchic structures in its election list, having received an impressive financial compensation from them. The figures from 20 to 30 million dollars were called in the media. One of the donors was Afanasiev, owner of the Pharmacor network of pharmacies in St. Petersburg.

Without waiting for summarizing of parliamentary elections, Afanasiev immediately defected to the United Russia fraction.


In 2008, there was a picket at the Petrogradskaya side, opposite the office of the Pharmacor Company. More than a hundred people participated there: journalists of the Baltic Media Group, St. Petersburg television channels, radio stations, print media, as well as students of journalism faculty of St. Petersburg State University. The reason for the picket was the decision of the Arbitration Court on August 30, 2005 on the suit of the Pharmacor CJSC to the Smena newspaper about protection of business reputation, according to which 1.5 million rubles was collected from the newspaper.

The inscriptions on the posters were quite revealing: “Sell a medicine for greed, avarice, falsity, bitchiness, and impudence to yourself”, “Silence of the press - gold for corruption”, “You can’t sue everyone”, “No good reputation even for a million and a half”, and “Freedom of speech is more expensive than a million and a half”.


Afanasyev used his network of pharmacies to promote credits of his own SMB-bank. By the end of 2011, the Pharmacor pharmacy network had 399 outlets, including 157 - in St. Petersburg. There were outdoor advertising and ads in the network pharmacies with a bombastic slogan “Here we hand out money”. The pharmacies only informed consumers about the loans, but final decisions on granting were taken by the bank.


According to the Finance magazine, in 2011, Afanasiev rated as the 310th in the rating of Russian billionaires (TOP-500) with the capital of $ 0.3 billion.