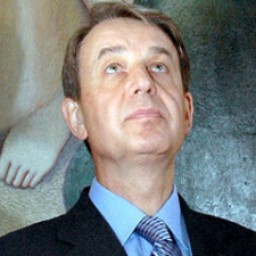 Avdeev is a graduate of prestigious Moscow Institute of Foreign Relations. He served as a diplomat in Soviet embassies abroad and held various posts in the central apparatus of the USSR foreign ministry.

1968-1971 secretary, than attaché at the Soviet Embassy in Annabe, Algeria

1977-1985 second secretary, than first secretary at the Soviet Embassy in France

1987-1990 ambassador extraordinary and plenipotentiary of the USSR in Luxembourg

1991-1992 deputy minister of foreign relations of the USSR

Since 12 May 2008 minister of culture of the Russian Federation

Avdeev is an honorary academician of the Russian Academy of Arts.

Avdeev’s wife is Galina Avdeeva. His son, Alexander Alexandrovich Avdeev, is a mayor of the city of Obninsk in the Kaluga Region.

Late in October 1998, minister of foreign relations Igor Ivanov appointed Avdeev his first deputy. According to the reports, Avdeev supported isolationist attitude towards the West, advocated by the international military cooperation directorate at the defense ministry. General Leonid Ivashev headed the directorate.

In the Ministry of Foreign Affairs Avdeev was known for jingoism and for being devout Orthodox Christian.

In 2008, Avdeev entered the cabinet as minister of culture. At the same time, Dmitry Medvedev broadened the functions of Avdeev’s ministry. The Cultural Heritage Protection Service and Archives Agency were subordinated to the ministry, whereas the Federal Agency for Culture and Cinematography was abolished, and its remaining functions were also transferred to the ministry.

On 24 November 2008, Patriarch Kirill asked RF ministrer of culture Alexander Avdeev to “consider the possibility of organizing temporary stay of the icon of Korsun Mother of God in the newly built Chapel of the Korsun Icon in Saint Prince Alexander Nevsky Church in Pavlo-Slobodskoye settlement in the Istra district of the Moscow Region”. The day after that, director of Cultural Heritage and Arts Department of the RF Ministry of Culture Ramzan Koloyev ordered the Russian Museum, where the requested icon was kept, to put the relic of Old Russia at the church’s disposal. The Russian Museum wanted to avoid publicity, but the information leaked. The scandal forced the museum to send an urgently formed commission to survey the temperature, humidity and light conditions at the place. The conclusions of the survey convinced the restoration board of the museum that granting the Church permission to keep the icon did not threaten the icon.

The staff of the Department of the Old Russian Art was against the transfer of the econ, but they were forced under threat of being sacked to obey the order. Their concerns were understandable: the Korsun Mother of God, also referred to as the Ephesus Mother of God, the Toropetsk Mother of God or the icon of Euphrosyne of Polotsk, is one of the oldest in the collection of the museum. The decision to place the icon in a newly built church looked even more scandalous, because there is no historical link between the church in Pavlo-Slobodskoye settlement and the Korsun Mother. The link was of financial kind. The settlement, which the patriarch mentioned, is a village of expensive cottages called Knyazhye Ozero. Sapsan real-estate developers built these cottages. On the commercial web page of Knyazhye Ozero there is a section called infrustructure, which mentions St Prince Alexander Nevsky Church along with restaurants and a mall. President of Sapsan is an Orthodox businessman Sergei Shmakov. He is a philanthropist, who donated to the restoration of Saint Korsun Mother Cathedral in Toropets.

On 5 December, the patriarch planned to consecrate St Prince Alexander Nevsky Church in Knyazhye Ozero, and the church wanted to have the icon for the ceremony.

Icons could be transferred from museums to churches if the Patriarch asks, RF minister of culture Alexander Avdeev said. “What remains crucial is a permission from the museum and its board of experts who should consider the condition of an icon,” Avdeev said. “The ministry can not merely give an order to the museums,” he said, answering to the question about the situation, surrounding the icon from the Russian Museum that was placed in a prestigious village in the Rizhskoye Highway near Moscow. Avdeev said that after the Patriarch had asked him, the ministry recommended the Russian Museum to give an icon to the church for a certain period of time. The board of experts of the Russian museum approved the decision, saying the icon’s condition was good enough to transport it. “It is the office of the Patriarch that decided on where to keep the icon. It is not our business to comment whether the icon is kept in a new or in an old church, in a village or outside it. It is the Mocsow Patriarchate’s own business,” Avdeev said.

In 2009, Avdeev said that he was against Gazprom’s planned 1,332ft-tall Okhta Centre tower in the historic centre of Saint Petersburg. “As a minister of culture I am against the tower. My colleagues in the ministry have the same opinion. We will take decisive measures not to allow building of the tower,” the minister said. In his view, if the tower is built, it will destroy the beauty of the city centre.

Restoring traditional Russian moral values, that was how minister of culture Alexander Avdeev set the main goal for his tenure. To help him achieve this praiseworthy goal, the state paid Avdeev 2.3 million roubles ($76,000) in 2008. He also received $46,800 as a salary of the diplomat, the position, which he quitted to start new and responsible job. The minister of culture does not lack property. He has a flat of 159 square metres, a dacha of 190 square metres, a land plot of 1200 square metres and a Toyota RAV4 crossover. Avdeev also owns a flat of 38 square metres in France. Avdeev’s wife Galina owns a flat of 65 square metres. In 2009, unlike his colleagues, Avdeev increased his income. He did not spend money on buying immovable property or vehicle, though. Instead Avdeev confined himself to buying a garage of 14.5 square metres. Galina Avdeeva received a moderate income of 260,000 roubles ($8,600) and her property remained the same.

In summer 2010, Avdeev asked Putin to broaden the functions of his ministry by subordinating the Cultural Heritage Protection Service (Rosokhrankultura) to the ministry. Although Putin gave the green light to the proposal in August, the Rosokhrankultura was abolished only in February 2011 with the decree, issued by Medvedev.

RF minister of culture Alexander Avdeev, who has headed the ministry since May 2008, said this week that he would not enter the new Cabinet, which will be formed after the presidential elections in March.