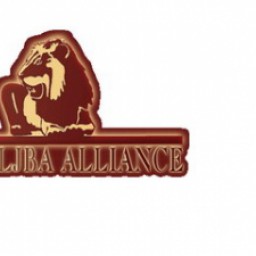 Aleksandr Frayman was born in 1966.

In 1993 he founded Aljba Alliance

In 1996 he registered SOVLINK LLC with the relevant authorities.

Since 2001 he has been on supervisory board of Tumenaviatrans JSC.

In 2002, when transferring its assets abroad, SOVLINK and an Aljba Alliance subsidiary owned jointly by Viktor Vekselberg, Igor Annensky, Frayman and Dmitry Pyatkin, acquired 5% Sberbank shares at a bargain price from an offshore company SL Capital Services, which was fully owned by Aljba Alliance. With Sberbank shares minimum market price at 132, 4 dollars apiece, SOVLINK sold the shares at a price of 31 dollars per share. A tax audit, conducted in 2003 by Interdistrict Inspectorate of the Tax Ministry in Moscow, exposed a 3 billion rubles understatement of taxable assets, which led to tax evasion amounting to 720 million rubles. Criminal proceedings were initiated, followed by the decision on the imposition on SOVLINK of sanctions for the commission of a tax offence. However, enforcement of the decision was blocked by Vladimir Gusev, Deputy Minister for Taxes and Duties, who issued an order effectively canceling the mentioned decision. Prosecutor General of Russia issued an appeal, but it was sabotaged by Vladimir Gusev. A new appeal by Biryukov, Deputy Prosecutor General, made directly to Anatoly Serdyukov, the Minister for Taxes and Duties, bore no fruit.

Until 2005, half of the shares in Aljba Alliance bank were controlled by Renova co-owner Viktor Vekselberg and president of Access Industries Leonard Blavatnik. Another 50% were owned by Pyatkin, Frayman, and Igor Annensky, former president of Aljba Alliance. Vekselberg and Blavatnik became Aljba Alliance co-owners in 2002. SOVLINK helped TNK (at that point of time Vekselberg and Blavatnik controlled 50% of its shares) with many projects, and the investment company expected to expand its business by means of its new partners. Through them SOVLINK got new assets, including Kaustik plant and United Trading Company (ETC), a soda and PVC monopolist. It was the chemical business that caused the argument over assets. In 2004, Federal Antimonopoly Service (FAS) required closing ETC down, and the company faced litigation. Vekselberg urged his business partners not to spoil relations with officials, but to no avail. In autumn 2004 Frayman and his colleagues put forward a counter proposal to Vekselberg's group, namely to sell them its shares in the chemical business. Vekselberg and Blavatnik suggested a different idea, in accordance to which Pyatkin and his partners would keep Kaustik and their share in ETC, and the two oligarchs would divide the assets of Aljba Bank and SOVLINK. The cost of the chemical part of the transaction was underestimated nearly by half, totaling to 150 million dollars instead of the actual 220 million.

Almost immediately after that, in 2005, SOVLINK and Aljba Bank faced difficulties with managers on Frayman’s team leaving the company. Shareholders of Renova Group and Access Industries, owned by Vekselberg, decided to sell 100% stake in Aljba Bank and SOVLINK to Frayman and Pyatkin. In summer 2005 Frayman finally regained what he had owned.

In December 2009, a Belgian company, Solvey, and Soda, controlled by Frayman and Pyatkin and making up part of the largest soda producer on the Russian market, Bashkhim holding, addressed FAS with a claim to purchase one of the largest Russian soda ash producers, Berezniki soda plant, the market share of which was about 17%. The Belgian company agreed with Valery Zakoptelov, the owner of Berezniki plant, that he would sell the company to them. Zakoptelov, badly in need of money, set a condition for the sale to be held no later than 31 May 2010, otherwise the transaction would be denounced. Solvay, as a company with law-abiding policies, applied to FAS. However, after about six months of bureaucratic procedures and audits the decision was pending, failing to fit into the timeframe stipulated by the agreement between Solvay and Zakoptelov. In early June, when the agreement terminated, FAS immediately issued a permit to purchase the plant to all three companies that had filed applications, that is, to Soda, Kaustik, and Solvay. The permission was granted on Friday, June 4, and on the same day Kaustik, owned by Bashkhim, bought Berezniki plant from Zakoptelov. Clearly, Bashkhim knew about the upcoming decision and the date of its announcement in advance. Solvay found out about it only on Monday, June 7. In early May, Belgian Prime Minister Yves Letern was due to arrive in Russia on an official visit and, among other things, to pass to Vladimir Putin a letter from the management of Solvay seeking to speed up the decision-making process. The letter also contained a plea for Putin to assist the foreign investors in defending from corruption in Russia. But a week before the visit Letern resigned and the meeting did not take place.

From August 2010 to May 2011 Bashkhim was involved in a conflict with a Gazprom unit, Gazprom Neftekhim Salavat, which was triggered  by very low purchase prices for ethylene that a Bashkhim subsidiary, Kaustik, was about to offer. Prime Minister Vladimir Putin had to intervene in the conflict to put an end to it. Bashkortostan republic president Rustem Khamitov also put pressure on Gazprom. Reconciliation was close when it was found out that Gazprom Neftekhim Salavat had illegally collected ethylene from a pipeline running from the city of Salavat through Sterlitamak and to Nizhnekamsk. The revealed illegal actions led to mutual claims and litigation. The final agreement was reached only on 1 June 2011 when the two parties signed a contract for the supply of ethylene.