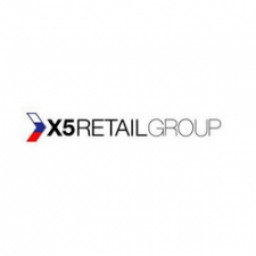 Born in Leningrad in 1961; in 1983 graduated from Riga Institute of Civil Aviation

In 1992 he headed the company "Trading house LEK” (food imports)

In 1999 he opened his first store “Pyaterochka”
Source: vedomosti.ru

He is married and has two children.
Source: retailer.ru

After graduation Girda worked for nine years by the profession. In the early 90's he decided to settle business. Then he met with the St. Petersburg businessman Andrei Rogachev. In 1992 Girda became a Director of the "LEK Trading House”, engaged in wholesale trade of imported dairy products. "Trading House" nearly went bankrupt during the crisis of 1998. Girda had foreign currency debts, which made him open his first store Pyaterochka together with Rogachev in January 1999. Girda was going to pay it back out of the store profits.
Source: oligarhi.ru

First Pyaterochka worked as a discounter. By the end of 1999 there were 17 stores working. The chain “Pyaterochka” was ran up by "Agrotorg», which was founded in 1998, spearheaded by people from the trading house "LEK".
Source: "The Company" on 04/07/2003

The company's success was based on the fact that all actions of the staff were prescribed by detailed instructions. There was a scheme even for the movers instructing how to move through the store to utility room as quickly as possible. In some cases, they draw comics for employees to show the correct course of actions. The smallest details were described for the arrangement of products in the sales area.

Corporate culture of Pyaterochka is similar to the culture of a sect. Thus, cultural attitudes are called "commandments". Each employee is issued a passport as a sign of belonging to the corporation. Every morning before the opening of the store all staff says the text of "inner spirit or oath of a partner» and on solemn occasions the hymn of "Pyaterochka is performed. The chain has its own "Book of Records" and "The Book of Deeds."

Employees of Pyaterochka told that the company has a rite of passage to the rank of "initiated partner." Such a ceremony was held with Masonic solemnity at the Yusupov Palace, in the library of Prince Yusupov, where a person in a stellar mantle let empowerments sip the bitter and the sweet drink from silver goblets and awarded Golden Gryphon, strewn with diamonds.
Source: "Expert" on 15/04/2002

Gradually Pyaterochka became a network which grew to become the largest retailer in Russia. Girda was in charge of operations and was the junior partner of Rogachev.

In 2005, the network Pyaterochka placed on the London Stock Exchange. That placement was a first-ever time in national retailers business, it was successful enough and investors valued it higher than the global network of retailers.

Placement was preceded by a nuisance: in early May 2005, 100 stores Pyaterochka in St. Petersburg were closed on prophylactic treatment because of an epidemic of hepatitis
Source: Kommersant № 82 (3166) on 05/07/2005

Causes of poisoning of employees of Pyaterochka remained unknown. Head of Surveillance Rospotrebnadzor, Oleg Parkov said that lunch food was infected with hepatitis A, it was delivered by a ready food company to the stores Pyaterochka. Parkov named a specific firm, Eshel Eli, which is indeed involved in delivery of dinners to Pyaterochka, but no evidence of its the fault was presented.

Co-owner of” Eshel Eli", Tamaz Sepiashvili said his firm had nothing to do with infection. The owners of the company LLC”Kartofan”, delivering ready-made meals, were also under suspicion, in particular, Vadim Volkov. Part of the infected employees named that company as an alleged perpetrator of the incident. Representatives of LLC Kartofan also said to journalists that "Eshel Eli" was not licensed to transport food.

General Director of "Agrotorg”, Sergei Lepkovich who owned the network Pyaterochka, also flatly called " Eshel Eli” the originator and did not investigate the incident.

Meanwhile, the journalist of "Fontanki.ru" went for an interview at the company Pyaterochka to to find out possible causes of the incident from inside, and learned that she could get into the company easily enough, however they started requiringsanitary documents not a long time ago, after the incident. Manager on jobs said that earlier one could have started to work without sanitary documents. Thus, the cause of infection could well be a result of negligent attitude of the leadership of Pyaterochka to comply with sanitary standards.
Source: Fontanka.ru on 06/07/2005

Western investors still do not fully meet expectations of Girda and Rogachev. Most likely, the price could be reduced because of news about the epidemic.
Source: Kommersant Saint-Petersburg "№ 83 (3167) dated 11.05.2005

Nevertheless, Girda and Rogachev acted correctly in such difficult circumstances, so they did not lose the trust of consumers. Businessmen decided to invest the funds from the IPO in the creation of a national chain of hypermarkets "Karusel".
Source: finiz.ru on 20/06/2005

In February 2006, Pyaterochka announced plans to consolidate its business, namely the absorption of a network of hypermarkets "Karusel ", which, in fact, belonged to the same owners. Formally, the networks were belonging to different legal entities: the Dutch company Pyaterochka Holding NV and Format Holding N.V. respectively. But both of these networks belong to Gird, Rogachev, Igor Vidyaev and Tatiana Franus. "Karusel" was brought into a separate legal entity just before the IPO of «Pyaterochka”. Joining could give the network an additional format to accelerate growth and provide additional market share. Besides, "Karusel " was ready to offer Pyaterochka a lower price in case of purchase.

Analysts believe that foreign investors would not have been delighted by such a transaction, when the owners buy an asset in itself, and this is not quite correct, as funds raised by Pyaterochka at IPO could be used in the purchase. And these funds could be spent on development of the company.
Source: Kommersant № 29 (3360) on 17/02/2006

Also in 2006, the company Pyaterochka Holding NV issued an official statement about the negotiations to merge with a network of "Perekrestok", owned by Alfa Group.
Source: Kommersant № 61 (3392) on 07/04/2006

Soon, two retailers officially announced their merger. Both networks have moved to the public balance Pyaterochka Holding NV, but control over it was entrusted to the Alfa-Group. The deal was unprecedented, as the leaders of the retail market have never been united before.

In March 2008 Girda, Rogachev, Franus and Vidyaev attracted investment bank Morgan Stanley to arrange the sale of their stake in X5. Money from the sale would be used for development projects.
Source: Vedomosti of 13.03.2008

In April 2008 the Supervisory Board of X5 Retail Group approved the acquisition of 100% of the company Formata Holding BV, which owns a network of hypermarkets "Karusel ". The hypermarkets were planned to be renamed into «Mercado Supercenter."
Source: Kommersant № 62 / P (3879) of 14.04.2008

Then it became known that Girda, Rogachev, Franus and Vidyaev were going to redeem a portion of the additional issue of X5.
Source: Kommersant № 74 (3891) from 30.04.2008

In June 2008, the X5 signed the final contract to purchase a network of hypermarkets "Karusel ", including the brand itself - it was decided that the restyling works and change of the name would be too costly. By the sale of the share of Girda and other owners of "Karusel" in the X5 has been increased.
Source: Kommersant № 108 (3925) of 26.06.2008