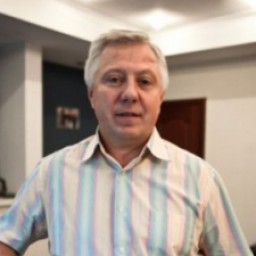 Aleksander Govor was born in 1960.

In 2007 he and Yuri Kushnerov earned about $ 500 million from selling the stake in Yuzhkuzbassugol.

In 2008 Govor founded A-Mega-Holding, which owns food company Siberskaya Milena comprised of several cattle farms and dairies, sausage factory Delicacies of Mezhdurechie, and Tsarskaya Okhota, one of the most pompous restaurants in Kuzbass.

In 2009 Govor began building up a construction holding. In 2008 he bought several gravel pits in Novosibirsk region and built a concrete factory. One of his companies, Alfastroy, was engaged in the construction of sewage systems in cities in Siberia.

According to Finance magazine, in 2011 Aleksander Govor ranked 344th in the list of richest Russians, his fortune amounting to 8.2 billion rubles

In summer 2009 Alla Pugacheva refused to open the song contest Slavianski Bazaar and instead gave an hour-long concert at the wedding of the daughter of Aleksander Govor, former Yuzhkuzbassugol production director. Boney M sang before the diva. As a wedding gift Govor presented the couple with a big yacht. According to the media calculations, entrepreneur spent $ 1 million on the wedding.

Govor had a different gift for his son Roman. After purchasing a small open-pit mine, he set up a new coal company, Sibenergougol, the control of which he gave over to his son. "At first I was watching him, and now I gave control to Roman, he is coping well," said Govor, Sr.

In 2007 Aleksander Govor and Yuri Kushnerov earned about $ 500 million by selling their shares in Yuzhkuzbassugol. Their new project involved constructing an oil refinery. Regional authorities supported the project that promised a lot of tax revenue and creating jobs. Adding oil industry to the region specializing in coal was also a good thing.

But businessmen failed to reach an agreement with pipeline monopoly Transneft. The monopolist required entrepreneurs to pay 2.7 billion rubles for connection to the pipe. They paid the money. A year later a new bill emerged. It was worth $ 5 billion that were aimed at building a pumping station. The Kuzbass businessmen made calculations and came to the conclusion that they could build the station six times cheaper, under full control of the monopolist. But Transneft refused.

The monopolist refused to connect the refinery to the pipeline because of lack of "available capacity of the pipeline." A total of $ 150 million has already been allocated for the construction of the plant in Kuzbass region.

In 2008 the entire staff of Kazankovskoe JSC within A-Mega-holding wrote a letter to the head of Novokuznetsk district, complaining about the lack of fuel, large debts, and incompetence of the investor. Govor began to breed cows based on Canadian livestock breeding technologies. As a result, the cows caught a cold because of draft and "75% of dairy cattle had to be replaced over a period of 2 years." "We do not want you to solve our problem by simply replacing the director. It would not improve the situation, but only make it worse. Our farm is self-sufficient and sustainable. We only ask for independence [from our owner] A-Mega Holdings,” read the appeal, signed by all employees of the farm. Kuzbass officials replied a few days later saying that "the owner of the company was a legitimate purchaser of the farm, and the alienation of the property was against the law."

In 2010 Govor bought a helicopter, which he used to go to his villa on the shore of the lake in the Altai Mountains. “What do I need Moscow for when there are so many beautiful places here?” he said.