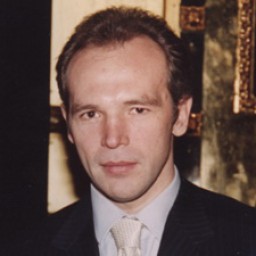 1996-1998 - assistant to the deputy of the State Duma of Russia Alexander Korovnikov (Communist Party of the Russian Federation).

2000-2002 - vice-president on public relations of “International institute of corporation".

August, 2002 - January, 2004 – member of Federation Council of the Russian Federation (representative of administration of Kaliningrad region).

On December, 7th, 2003 was elected as the deputy of the State Duma of Russia from selective association Liberally-democratic party of Russia (№ 13 of the federal list of LDPR).

In a rating of billionaires-2006 by “Finance” magazine Skorobogatko occupied 286th place (3.5 billion rubles - 120 mln. USD) with the comment "the deputy of the State Duma, the co-owner of Russian general bank which in the beginning of 2005 absorbed Investsberbank and took its name"

The bills initiated by Skorobogatko:

On 26.01.2006 it was decided to return the bill to a legal subject of the legislative initiative for performance of requirements of the Constitution of the Russian Federation and the State Duma Regulations
Source: zamos.ru

Alexander Skorobogatko began his career in Crimea in the beginning of 1990s; there he was better known under nicknames Gorlovsky, Donetsky, Champion. He worked under supervision of Vladimir Vladimirovich Guzhev (Gunya) on an auto second-hand market in Simferopol. The grouping of thimbleriggers, which Skorobogatko belonged to, consisted of the former sportsmen. Sergey Voronkov AKA Voronok was "bottom” as he twirled caps. The others created crowd and protected it in case victims of lottery scam made noise. Soon the grouping of Skorobogatko switched to racket and attacks on cooperative societies.

Shurka Ponomar, in the future known as Alexander Ponomarenko, the chairman of board of directors of Russian general bank (RGB) was colleague of Skorobogatko. In intestine showdowns only Skorobogatko and Ponomarenko survived of all gang.

In 1991 Skorobogatko was detained by police in the Moldavian settlement; at detention the TT pistol was withdrawn from it. Skorobogatko by then for a long time already lived by racket and robbery, and it was necessary to realize stolen items somehow. For these purposes Skorobogatko and Ponomarenko created cooperative society "Saylem", and opened in the center of Simferopol restaurant with the same name. In a city "Saylem" became known as criminal grouping which was assigned with the set of a crime and murders. In Crimea "Saylem" founds "Yalosbank" for cash common fund to greenwash stolen money.

But fast enough Crimea became too small for the friends. Oleg Slatvinsky AKA Giraffe, their colleague, convinced them to stay and lead the team if the present leader was killed. But Skorobogatko and Ponomarenko were eager to move to the city where the big money concentrated. They left the weapon to colleagues as a gift. Soon other members of a gang were killed: at first Giraffe, then Dzyuba.

«Yalosbank» was suspected of set of doubtful operations, including assignment of 5 billion roubles of federal contract corporation "Roskhlebproduct". The bank also refused to write off bills to the state sanatorium of Sergo Ordzhonikidze in Krasnodar territory, didn’t return money to "Kampomos", "Udmurtneft", "Izh-Ladabank". In 1994-1995 "Yalosbank" promoted plunder of 2 trillion not denominated roubles from the budget. Criminal case was brought, in 1997 "Yalosbank" lost the license. It still had debts before the state, investors and creditors.

Though police suspected Skorobogatko and Ponomarenko had been guilty of those deaths. But they had not enough proofs to testify that.
Source: "Russia" from 5/27/2004

And the money which was not returned by "Yalosbank", emerges in «Russian general bank» founded by Skorobogatko and Ponomarenko.

These and other adventures of pre-deputy period are described at Konstantin Chernetsov's book «Gangster’s Crimea».

In parallel with criminal activity in 1996 Skorobogatko became the assistant to the deputy of the State Duma from Communist Party of the Russian Federation Korovnikov. In 2002 for four months he held a post of the senator from Kaliningrad region in the Federation Council. And in 2003 he became a member of the lower house of parliament of the Russian Federation, soon then stood for State Duma from LDPR party and held a post of the chairman of committee on the civil, criminal, arbitration and remedial legislation.
Source: "B-f.ru" from 4/21/2004

In 2004 «Russian general bank», founded by is Skorobogatko as well, merges with «Bank of investments and savings» under name of "Investsberbank". According to the journalists, it was required that, as well as in a case with "Yalosbank", to leave with the stolen money once again.
Source: "Russia" from 5/27/2004

The alternative opinion in mass-media about the aforesaid was stated that compromising information in a press against RGB was ordered by a group of companies "Guta". The reason of it was called the competition between "Guta" on the one hand and RGB and group of companies NIKoil on another hand for industrial complex "Ice-Fili". «Guta» applied for a part of the buildings located at industrial complex, but all trials were lost.

The Audit Chamber decided to reconsider results of check of "Novorossiysk commercial sea port» which controlling stock was supervised by NIKoil and RGB was recognized as false.
Source: Compromat.ru from 5/28/2004

Tkachev appropriated the land and the property of Krasnodar region, but under the version of the journalist he was set against investors and proprietors by his first deputy Remezkov who was a friend of Skorobogatko for a long time.
Source: "Version" from 2/21/2005

Remezkov and Skorobogatko got acquainted in Krasnodar where Skorobogatko got in perestroika period after antigangster reprisals. Remezkov worked there at first as master of construction directorate of trust «Krasnodargrazhdanstroy», then the director of some enterprises. After acquaintance in 1998 Remezkov became deputy of Legislative Assembly and headed committee on finance, budget, banks, taxes, investment activity and foreign economic relations.

After Tkachev came into power and took Remezkov as his assistant, strange things started to happen. So, for example, by the end of 2003 almost all winemaking of Kuban appeared under control of «Chelyabinsk criminal group».
Source: solomin from 12/22/2006

In 2006 the deputy reference of Skorobogatko became the reason for the application of Office of Public Prosecutor to arbitration court of Nizhniy Novgorod region, appealing against the mayor decision on granting of the land site around Lyadov square to the company «Electronica plus» which was going to construct shopping center in spite of the fact that earlier this project was named as priority. The inquiry of Skorobogatko concerned legality of allocation of the land site. Initially «Electronica plus» rented this site, but after occurrence of the new applicant for a site – company "TPS-REAL ESTATE", the regional authorities decided to expose it on competition for the reason that, ostensibly, «Electronica plus» got it by law infringement. However the project of «Electronica plus» nevertheless was recognized as priority.

The claim in court was considered as the next stage of corporate war in the company.

Skorobogatko’s assistant Yanina Shevyakova answered questions of journalists that the deputy acted on the base of collective reference of inhabitants of Nizhniy Novgorod, whose houses were going to be separated in connection with planned construction. Ostensibly, tenants also complained of possible deterioration of ecological conditions in area. However Skorobogatko’s assistant didn't mention quantity of tenants and their names.
Source: Kommersant (N.Novgorod) № 176 (3507) from 9/21/2006

After release of bonds of Novorossiysk commercial sea port in 2007 it became known that Skorobogatko and Ponomarenko together supervised 52,95 % of shares of company through offshore Kadina Ltd. and 10,46 % — through OOO ‘Investenergo”. They transferred 16 % of shares of NCSP to the trust of OAO «Russian railways».
Source: «Kommersant» № 107 (3683) from 6/22/2007

In 2008 Skorobogatko and Ponomarenko sold 20 % of company Kadina Ltd., owning 50,1 % of shares of NCSP. Means from sale of NCSP were necessary for non-core activity, in particular, building of trading-entertaining and office centers.
Source: Magazine "Money" № 15 (672) from 4/21/2008

In 2010 Skorobogatko and Ponomarenko sold 50,1 % of shares of NCSP to "Transneft" and "Summa Capital", having earned on the transaction 1,8 billion dollars. The official purpose of the transaction was named as creation of the stevedore company largest in the Russian Federation. Sold shares of NCSP were, according to some sources, hundred percent of shares of Kadina which for 80 % belonged to Skorobogatko and Ponomarenko.
Source: «Kommersant» № 171 (4471) from 9/16/2010

According to the GR Research and consulting center Lobbying.ru, for two and a half a year of work in the State Duma Skorobogatko did not bring any bill.
Source: "Russian Forbes" from 8/31/2010