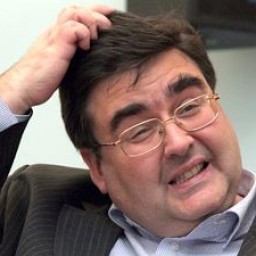 He was born on March 16, 1962 in the family of a high-ranking official of Gosplan Valentin Mitrofanov. In 1983, he graduated from MGIMO (the Moscow State Institute of International Relations), specializing in International Economic Relations. In 1985-1988, he worked in the Ministry of Foreign Affairs of the USSR and in the Atomic Energy Agency in Vienna. In 1988-1991, he was a post-graduate student in the Institute of USA and Canada.

In 1993-1995, he was Deputy of the State Duma from LDPR faction, Deputy Chairman of the Committee on Foreign Affairs.

In 1999-2003, he was Deputy of the State Duma from the Liberal Democratic Party, a member of the Committee on Banks.

On August 29, 2007, he left the Liberal Democratic Party and announced his intention to go to the December Duma elections on the list of A Just Russia party. On the State Duma elections in December 2007, he headed the regional list in the Penza region; the list got only 4.5% of votes. As a result, Mitrofanov didn’t become a Deputy of the State Duma.

In 2011, he was elected Deputy of the State Duma by the party lists of the Vologda, Tver and Velikonovgorod regions. He became Chairman of the Duma Committee on Information Policy and Communications.

His sister is Eleonora Mitrofanova - Russia's permanent representative to UNESCO, Chairman of the Executive Board of UNESCO, Ambassador Extraordinary and Plenipotentiary. His nephew is Sergey Vorontsov, Russian illusionist, illusion effects director, participant of Eurovision 2011.

His wife is Marina Lillevyali. He has a son Ivan and daughter Zoya.

Officially Mitrofanov is one of the poorest members of the State Duma. His income in 2011 was slightly more than a million rubles, and his children and wife have no income.

In 1992, at a meeting of the “youth wing” of the Liberal Democratic Party, Mitrofanov attempted to create the National Radical Party, which was to head a writer and politician Eduard Limonov, but that did not happen (some media called Mitrofanov a founder of the National Bolshevik Party of Limonov).

In 1994, in parallel with work for the Liberal Democratic Party, Alexey Mitrofanov was trying to create a deputy group of National Capital headed by President of MMM Sergey Mavrodi. But Mitrofanov was unable to find a sufficient number of deputies for the group.

At the end of the last century, a former Kremlin “healer” Juna declared herself to be one day the Assyrian queen, another day - the great-granddaughter of Nicholas II, or - a direct descendant of the Princess Olga. And she generously bestowed patents of nobility. And very serious people gratefully accepted them. Thus, the former chairman of the State Planning Committee of the USSR Nikolay Baibakov became a prince and senator Lyudmila Narusova – a princess. Deputy Alexey Mitrofanov is also proud of the Juna’s gift – he “has become” a count. He hung the diploma on the wall in his country house and now receives dividends. “Here girls come to me”, Mitrofanov explained benefits of the title. “They see the diploma and get shocked. After all, now they see that they communicate not with any member of the Liberal Democratic Party but even with a count”.

In 1999, Mitrofanov was nominated as an independent candidate for the post of the Mayor of Moscow. Andrey Brezhnev, the grandson of General Secretary of the CPSU Leonid Brezhnev and Mitrofanov’s friend, was nominated as Deputy Mayor. Mitrofanov got less than 1 percent of votes at the elections.

In 2002, the deputy made a draft law prohibiting government officials going in for many kinds of sports. “We cannot afford to let our president and other senior officials were injured”, he said.

Mitrofanov – a maker of films about politicians: Vladimir Zhirinovsky, Lavrenty Beria, Andrey Gromyko, Yury Andropov and the psychic Anatoly Kashpirovsky. The scandalous pornofilm Julia, produced by Mitrofanov and for which he later apologized to Yulia Tymoshenko, has also received wide popularity.

The leader of LDPR Vladimir Zhirinovsky called reasons of the sensational expulsion of Alexey Mitrofanov from the party. The main reason was financial. “Before the last election, he wrote a note, in which he undertook to provide financial assistance to the Liberal Democratic Party in the amount of 2 million euros. Finally he was held to the Duma, but he didn’t want to pay the money. He asked about the delay several times, but when he was told that the deadline came, he just ran to Mironov. It may be that he kept the money, but he lost the honor”, the leader of the Liberal Democratic Party said.

According to the media, A Just Russia included Alexey Mitrofanov in its federal list, planning in this way to attract voters of non-traditional sexual orientation. It is known that Mitrofanov was the only member of the State Duma, who actively and publicly supported holding a gay parade in Moscow.

On May 8, 2012, Mitrofanov was among the five members of A Just Russia parliamentary faction, who voted for the approval of Dmitry Medvedev the Prime-Minister of Russia – it was despite the decision of the faction to vote against it. After that, on May 14, Mitrofanov was dismissed from participation in the faction, and on May 17 he was expelled from the party.

In 2012, the law enforcement authorities of Moscow began investigating a criminal case, in which the name of the member of the Russian State Duma Alexey Mitrofanov appeared.

Mitrofanov was a rather important figure in the fraudulent scheme, the purpose of which was to receive $ 200 thousand from Moscow businessman Vyacheslav Zharov. In particular, the investigation has a video of how the deputy came to an agreement with a businessman to help him to solve an issue in the Court of Arbitration for a large sum of money. That was nothing but participation in a criminal offense.

Vyacheslav Zharov said that he seriously fears for lives and health of his relatives. According to him, after he sent a letter to the president complaining about mysterious disappearance of the deputy Mitrofanov from being involved in the case of fraud, accomplices of the politician is going hunting for his family.