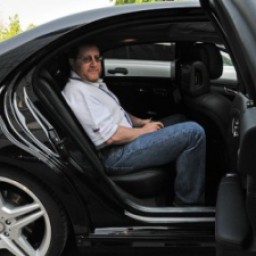 Anatoly Karachinsky was born on 12 July 1959 in Moscow. In 1981, he graduated from Moscow Institute of Railway Engineers, where he studied technical cybernetics, systems engineering and computing machinery. In 1986-1986, he worked in the computing centre within All-Soviet Research Institute of Rail Transport.

Since 1997: president of IBS Group

Anatoly Karachinsky is married and has two sons.

In order to protect their clients from possible dangers, since 1994 IBS has blacklisted all famous Russian hackers, so that the company can put them under control. The company is able to begin legal actions against them using the articles of the Crime Code pertaining to punishment for hacking activities. The database, gathered by IBS, proved useful to Anatoly Karachinsky, when American companies and the FBI asked him for help. The necessary assistance was indeed arranged, with the IBS’ providing the FBI with evidence against tens of hackers and a few theorists of illegal internet activities.

Having depleted all legitimate resources for development by the end of the 1990s, Karachinsky began to use criminal schemes, deeply routed in the upper echelons of power:

-                    Elimination of competitors in any way possible, including speculative buying of the software and hardware in order to monopolize the distribution in Russian regions and among the government bodies with support from corrupt officials;

-                    Overstating the costs of services and reselling the same projects to the state (the automated information system “Employment Control”, sold to the Ministry of Labour in 2002, had been sold to the Federation Foundation for Obligatory Medical Insurance in 1998).

The methods, Karachinsky used in his work, were only possible because he cooperated with a number of corrupt officials, members of The Family (Yeltsin’s clan).

In 2001, the issue of choosing the company to provide software and hardware for schools in rural areas was discussed. Microsoft won the bidding. The companies that lost the bidding wrote an open letter. In a nutshell, the companies said that the support of foreign companies undermined the national security. At first, Karachinsky signed the letter, but then, he said he had been deceived and recalled his signature.

Soon the reports appeared about the alleged criminal prosecution of Karachinsky. According to the reports, the Ministry of Antimonopoly Policy accused the head of IBS of fraudulently receiving state contracts and siphoning off the funds, aimed at informatisation of the government bodies. Despite allegations, the criminal cases against Karachinsky have not been opened.

In 2005, Karachinsky and the former prime minister Mikhail Kasyanov were embroiled in a scandal after the prime minister was accused of awarding lucrative state contracts in the field of IT in circumvention of the antimonopoly laws and arranging fictitious competitive biddings to cover up the fraud. Karachinsky might be also accused of tax evasion, moving the state funds abroad through the front companies, overstating the costs of his company’s work and reselling the same projects to the state (e.g. an automated information system for the labour ministry).

Moreover, there were allegations, that the software, procured by Karachinsky, enabled him to access the classified documents of the government agencies and ministries, whereto he supplied the software. The following story demonstrates how Karachinsky could use the data.

Huge changes took place in the business of IBS at the end of 2011. The team of “Borlas” left the system integrator. The founder of “Borlas” Alexei Ananyin earned nothing from the public listing and, having returned the 14% stake, which he received after the merger, left the company taking his team and clients with him.

In 2011, IBS decided to sell a share in one of its asset, software online store Softkey. In 2012, the company decided to sell it whole. The negotiations with potential buyers are still in progress.

Besides that, IBS is considering the possibility of selling the company “Expertex”, engaged in informatisation of retail chains and petrol stations, according to the market participants. The company could be sold to the outsourcer “TsRT-Servis”.

In 2012, it emerged that one of the most attractive assets of IBS, Luxoft, could be listed. So far, IBS has not commented on the potential listing, saying only “the listing is a fact of risk for the shareholders of IBS”.