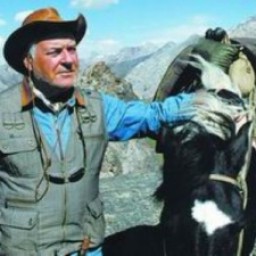 Lisitsyn was born on June, 26, 1947 in the village of Bolshiye Smenki in Sonkovsky district in Kalinin region. He got his secondary education in a night school. He was drafted to serve in the Air Force of the Soviet Army. From 1963 to 1987 he worked in the Rybinsk woodworking factory Svoboda, where he was gradually promoted from being an apprentice carpenter to being the director of the company. In 1977 he graduated from Leningrad Forest Technical Academy named after Kirov.

From May 1990 to December 3, 1991 he was chairman of the Executive Committee of Rybinsk.

On December, 3, 1991 he was appointed acting head of Administration of the Yaroslavl region, and in 1992 became head of the regional administration.

In 1992 he was elected member of the board of the Union of governors of Russia.

In 1993 he was elected to the Council of Federation.

In 1994 and 1997 he was elected president of Central Russia, the Interregional Association of Economic Cooperation of Regions.

Since 1998 he has been member of the Government of Russia.

In 2001 he became member of the Presidium of the State Council and headed the working group on the development of military-industrial complex of Russia.

In 2001 he became the first recipient of the award "Russian National Olympus" in nomination «Governor of the year."

On November, 2, 2006 on the proposal of Vladimir Putin the acting head of the region, Anatoly Lisitsyn, was made Governor at a meeting of Yaroslavl region Duma.

On December 13, 2007 he officially announced his decision to become a member of the State Duma of the Russian Federation.

Lisitsyn, in joint authorship with the political scientist Aleksander Micklin, wrote the book Liberal Revolution in Russia - the other side, describing the period of 1980-1990.

He is married to Raisa Leonidovna Lisitsina and has a daughter, Olga, and a grandson, Denis.

On October, 1, 1998 Lisitsyn announced his retirement from the movement Our Home - Russia. The governor condemned the position of the movement's leadership including Aleksander Shokhin and Vladimir Ryzhkov, who refused to join the cabinet of Yevgeny Primakov. In Lisitsin’s opinion the movement thus kept itself aloof from the work of the new Russian government, thereby "bringing into question the role of the Our Home - Russia as a constructive force, ready work for the benefit of society."

On April, 23, 2001 Lisitsyn signed a law which contradicted the federal laws. The law "On stimulating the economic development of Yaroslavl region," provided that all businesses registered in the region that by the year exceeded the planned figures for the payment of income tax would be returned 80% of the excess sum from the part transferred to the regional budget. In addition, the governor used budget funds to repay the debt of the regional administration before building company Yarhimpromstroy and gave out a number of interest-free loans for enterprises and institutions of the region.

On June 1, 2004 Lisitsyn entered a public debate with the president. He expressed dissatisfaction with taking the road tax payments from the regional budget. In response, Putin reminded the governor that instead of the tax federal government provides regions with some other revenue, but Yaroslavl authorities "decided to spend the money not on roads but on something else." Ten days after this the State Duma controlled by United Russia appealed to the Audit Chamber with a proposal to check Yaroslavl region for misuse of budgetary funds.

The criminal case against governor Lisitsyn was initiated in June 2004, and in August he was accused. Lisitsyn was charged under article 286 part 3 of the Criminal Code (abuse of power). The grounds of the case were the check conducted by Audit Bureau of Yaroslavl Region and the Russian Audit Chamber. The two checked the law "On stimulating the economic development of Yaroslavl region" adopted by the local City Council in April 2001 and signed by the Governor. The two audit bodies and the investigation considered the law under which some local companies received subsidies from the regional budget and were exempted from taxes, caused financial loss of 1.5 billion rubles.

Lawyers repeatedly challenged the legitimacy of the criminal case against the governor and his involvement as a defendant. However, Moscow City Court and Basmanny Court dismissed their claims. But at the end of August 2004 Prosecutor General’s Office closed the criminal case against the governor. "It was done with his consent, in connection with the end of time limitation for prosecution", - said the Prosecutor General. However, the investigation found that the actions of Lisitsyn caused more than 1 billion rubles damage to the budget. "The fact that Lisitsyn consented to the termination of the criminal case, points to him admitting having committed crimes which entail prosecution."