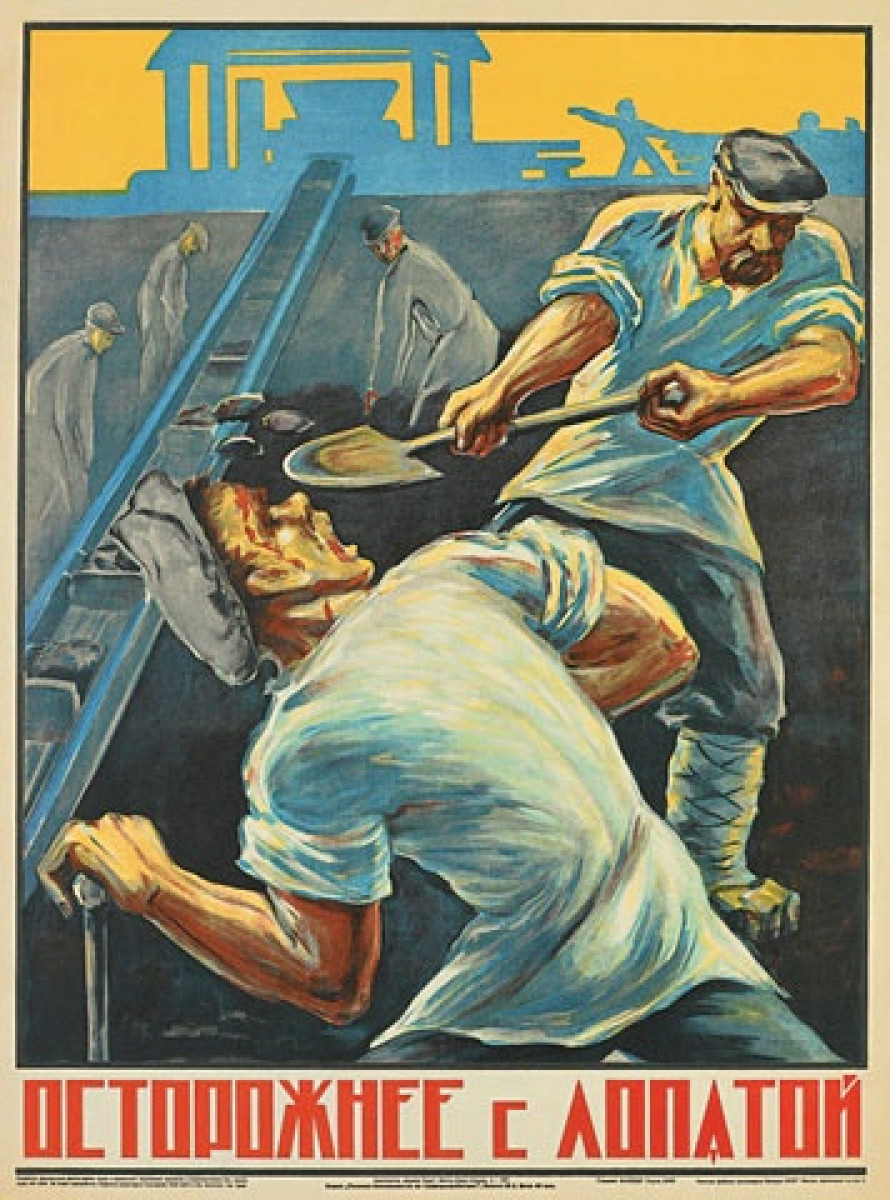 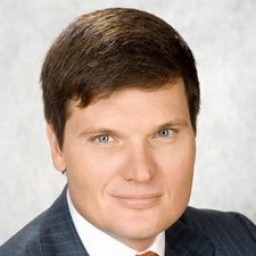 Born in 1964 in Polar, the Murmansk region. He graduated from MISA; he has Ph.D in Economics.

His career began as an economist at the Central Research Institute of Ferrous Metallurgy.

In 1999 he headed the Vyksunsky Steel Works (VSW) and for a relatively short period of time he had led the company out of crisis.

Since 1999, A.M. Sedykh has been Director General of the United Metallurgical Company and also Chairman of the Board of Directors of VSW. He initiated and implemented a number of large investment projects in enterprises of the company.

In 2002 he was elected Chairman of the Board of Directors of United Metallurgical Company.

January 23, 2003 at a meeting of the Board of Directors OMC A.M. Sedykh was appointed President of ZAO "UMC".

April 12, 2006 at the stockholders meeting it was decided to dismiss A.M Sedykh as President of the United Metallurgical Company, and to elect him as Chairman of the Board of Directors; Married; Two children.
Source: peoples.ru

In 2002, the Chelyabinsk Pipe Rolling Plant (‘ChTPZ’) left holding the United Metallurgical Company (UMC), which also included the Vyksunsky Metallurgical Plant (VMZ). According to the official version, Sedykh as Chairman of the Board of Directors in Vyksunsky Plant and Andrey Komarov, whose structures owned ChTPZ, began to oppose each other in the point of further development of the business combination; and Komarov decided to do business on his own.
Source: Kommersant № 7 (2610) on 18/01/2003

Gray and Komarov spent more than a year attempting to create an alliance of VMP and ChTPZ. They planned to transfer the shares of enterprise from the balance of firms- equity holders of UMC to the balance of the new legal entity or the UMC itself.
Source: Kommersant »№ 13 (2616) dated 28.01.2003

The end result of the joint activity was to be a complete merger of the two plants. However, the human factor has triggered then. As Sedykh stated, he and Komarov are different individuals, and this is the reason of the alliance failure.
Source: "Sekret Firmy” № 4 (43) on 02/02/2004

Their main project was to be the "Alliance 1420”. Together with Severstal they planned to produce large-diameter pipes for the Russian pipeline network. But it turned out that Gazprom needed much smaller tubes than pipe manufacturers can produce. UMC had to withdraw from the Alliance 1420.
Source: Kommersant № 13 (2616) dated 28.01.2003

In 2002, Sedykh resigned as director general of the United Metallurgical Company. He was replaced by Igor Yaroslavtsev, former director of the Foreign Investments in Severstal. Sedykh decided to focus on the work of the board of directors of UMC.
Source: Kommersant № 162 (2531) on 09/10/2002

In 2003, at the shareholders' meeting of Vyksunsky Metallurgical Plant (VMP) Sedykh was appointed the CEO of VMP. VMP became the first factory of UMC, which began the reorganization of the management system. They also excluded former partners and representatives of ChTPZ out of the Board of Directors in VMP.

In summer 2003 the head of the Ministry of Railways (MP), Gennady Fadeev and President of UMC, Sedykh signed a contract under which the MP has become almost a monopoly buyer of railroad wheels of VMP. To fulfill obligations to the MP, VMP had to cut exports.
Source: Kommersant № 124 (2727) of 17.07.2003

In 2005, OMC yet signed an agreement with Gazprom: VMP had developed a single-joint production of large diameter pipes for gas pipelines, which had not been allowed in Russia until that moment. Earlier UMC avoided cooperation with Gazprom because of the futures contract missing; however, they solved the problem by a diversification approach - if necessary, tube mills can be tuned to produce a smaller diameter.

Thus, in 2005 Sedykh actually formed an informal relationship with top officials of Gazprom and the MR, which allowed him to get the opportunity to participate in very lucrative contracts, including those involving the budget funds.
Source: Kommersant »№ 62 (3146) from 08.04.2005

In December 2005, a tragedy happened, because of Sedykh’s indirect fault, according to media. In the city of Chusov in the Perm District roof of the pool "Dolphin" collapsed; 14 people died under the rubble of concrete slabs, including 10 children and dozens of people were injured. They indicted the chief engineer of OOO “UralProm Expert”, Alexey Shvetsov, who led the technical inspection of supporting structures of the pool. However, local residents were inclined to accuse in the case the employees of "Dolphin", as well as the leadership of Chusov Smelter, which was the owner, property holder and operator of the poll since its construction, as well as the real owner of the pool - UMC by Sedykh.

UMC distanced itself from the tragedy. Apart from Shvetsov, senior specialist of "UralPromEkspert", Kelsy Sannikov and employee of the firm - Anna Akulova were also arrested. In 2004 the company made a report and, according to the investigation, it gave fraudulent information about the state of load-bearing structures of the pool. The prosecution of Sannikov was subsequently stopped due to the amnesty; Akulova disappeared.

But then the special commission found out that the building had not been built in accordance with the project; carbon steel was used for the construction of slabs, which was not suitable for such structures. Another reason was the leakage of the roof. In addition, the steel grade was not consistent with the project; there was no ventilation and corrosion protection of steel structures.

But experts of "UralPromekspert" in its report based on the certificate provided by ChMZ, thus they could not and should not have doubted its authenticity. In addition, over half a year before the disaster, experts recommended to eliminate leaks in the roof. But the staff of ChMZ uncovered the report only after the tragedy. They said that indeed the leaks had been removed, but witnesses testified that they had been putting buckets under the water dripping from the ceiling of the pool.

Nevertheless, in order to distract attention from the ChMZ and UMC, in the media they presented Shvetsov as the only culprit of the tragedy during his trial.
Source: solomin on 27/11/2006

In 2006, Sedykh again decided to relinquish operational control of his own business, stepping down as president of UMC to the post of chairman of the board to once again focus on its development strategy.
Source: nakanune.ru on 13/04/2006

In the same year Sedykh announced the creation of a single steel-smelting complex on the basis of Chusovoy smelter entering into the UMC. The new complex would help UMC to reduce costs for raw materials for its pipe companies.
Source: Kommersant (Perm) № 64 (3395) on 04/12/2006

In 2007, VMP signed protocol of cooperation with JSC "Russian Railways". Sedykh and President of Russian Railways, Vladimir Yakunin agreed on further production of railway wheels by extending the contract of 2003.
Source: Kommersant (N. Novgorod) № 71 (3647) on 26/04/2007

That same year, UMC began to build the railway assets in the Belgorod region. First, the company began to mine ore at Bolshetroitsky Field, and then won an auction for Khokhlovskiy site of the Gostischevsky Iron Ore Deposit. Sedykh’s company has never been profiled in iron ore. Anonymous sources and markets assumed that the regional government found a profitable way to get rid of unprofitable construction project based on Belgorod Mining deposit, and in exchange received a portion of non-core assets of UMC in the region. From the side of UMC extraction of ore was just a venture capital, according to experts.
Source: Kommersant (Voronezh) № 202 (3778) on 02/11/2007

In 2010, the company Metalloinvest, owned by Deputy Legislative Assembly of Nizhny Novgorod region, Valery Anisimov, was confronted with an obstacle in buying a controlling stake in ChMZ. Package was sprayed between the three offshore companies that act in the interest of UMC and Sedykh. Being one of them, Quorum Fund Ltd challenged the parameters of the additional issue in a court (Metalloinvest already managed to acquire 10% stake in the plant) and achieved a ban on its implementation. Perhaps, Sedykh decided not to sell the plant to an outside investor for some reason, and decided to stop the transaction.
Source: Kommersant (N. Novgorod) № 174 (4472) on 21/09/2010