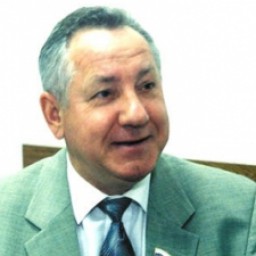 Bio:
Anatoly Vaskov was born in Krupinovo village of the Bryansk region. He finished a vocational school.

In 1972 he graduated from the faculty of philosophy at Zhdanov Leningrad State University .

In 1988 - 1989 he was the head ща sub-division and then the deputy head of  Planning Commission of Moscow City Council.
Then  he was the deputy secretary of Moscow Committee of the Communist Party.

In 1992 - 1996 he was the head of secretariat, an assistant to the president, the deputy chairman and the vice-president of Mosintur company.

In 1995  he represented the Bryansk region in the Russian Government.

In 1996 he was an assistant to the mayor of St. Petersburg in the Federation Council.

Order of Merit for the Fatherland 4th Grade (2007)
Vaskov is a Ph.D. and an assistant professor.
Source: Lobbying.ru

In 2011  governor of the Penza Region Vasily Bochkarev suggested smoking ban for officials. Anatoly Vaskov considered it as a violation of human rights. "The Constitution says that everyone has the right to work. It does not say anything about bad habits ",  he said.
Source: Tulskiye novosti, 31 May  2011