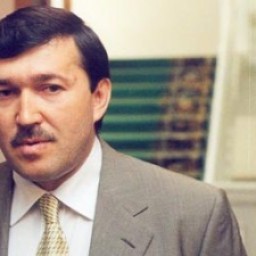 Andrey Dobrov was born on 13 February 1963 in Alma-Ata. In 1985 he graduated from Novosibirsk Electrical Engineering Institute, where he got a degree in Industrial Electronics.

In 2005 he graduated from the Higher School of Economics in Moscow. H is a graduate of Executive MBA programme.

In 1987 he became second secretary of Pervomaisky regional committee of Komsomol in Novosibirsk.

In 1991 he founded and headed Belon that was engaged in trade and owned a chain of video clubs. Soon the company went into technical reconstruction of coal-fueled plants. In exchange for conducted work Belon received coal, which it started to sell.

In 1998 the company bought Belovskaya concentrating mill. In the early 2000s it also acquired coal mines.

Dobrov is married and has three children

In the early 2000s, Kuzbassugol was producing about 20 million tons of raw materials per year. Coking coal accounted for about a third of that amount, and the rest was made up by energy fuel. Back in 2000 the company did not draw much attention. Kemerovo regional authorities attracted Belon headquartered in Novosibirsk. The company obviously expected to gain control over Kuzbassugol over time. Kemerovo regional administration received 18% of Kuzbassugol from the federal government and decided to immediately give it away. In 2000, Kemerovo region Property Fund sold 16% of shares to Belon for 100 million rubles without announcing the tender. Aman Tuleyev's favouritism to the Novosibirsk company could be explained easily by the fact that among its founders along with NLMK there are Belovskaya mine and Leninskugol, both part of Kuzbassugol. Controlled by Belon, Belovskaya mine, along with the other 17 companies comprising Kuzbassugol, were never sold through a RFBR competitive bid. Then for some reason Tuleyev's team decided to organize a sale of the federal share in Kuzbassugol and drew up the conditions of the investment competition for 79% of the shares in the company. The conditions obliged the winner to invest heavily in those companies where Belon was among shareholders.

But suddenly the cunning plan was spoiled by other businessmen influential in the region, namely by the Zubitsky brothers who, according to some information, might have been owners of a few percent of shares in Kuzbassugol. Their company, Koks, challenged the sale the 16% package in court and in February 2000 the court canceled the deal conduced a month earlier. But in March 2000, Kemerovo Property Fund once again sold the package to Belon, out of the competition and for the same money. Koks again challenged the deal, but this time the court played clever. It did rule the deal invalid, but it refused to cancel the consequences of the transaction.Apparently, until recently, Belon felt at ease in everything concerning Kuzbassugol. Belon CEO, Andrey Dobrov, was on the board of the coal holding; in addition, the Novosibirsk company tried to gain control over three mines of Kuzbassugol through bankruptcy procedures. In 2001, Belon faced pressure from the state itself. As the main shareholder in Kuzbassugol, it decided that the company was doing badly, because it had $ 300 million of debt. Therefore, the CEO was dismissed; the vacant position was filled with RFBR deputy president Dmitry Mazepin. Mazepin said openly that his task was to prevent the withdrawal of the company's assets on the eve of the forthcoming sale of state-owned package. Kemerovo authorities felt that Mazepin was to blame for their plan's failure.

Among all Russian metallurgical enterprises Magnitogorsk Metallurgical Combine had the less raw materials of its own and therefore was hit particularly had to survived in the first wave of the crisis. Victor Rashnikov, board of directors chairman, used long-term contracts with suppliers to tackle the coking coal and iron ore supply problem for steel works. In 2008, the combine began to build its own mining-and-processing integrated works in Belgorod region. In addition, Rashnikov bought almost half of Belon, Kemerovo coking coal manufacturer, from Andrey Dobrov. Partnership with Belon would have enabled Magnitogorsk Metallurgical Combine to cover the demand for coking coal by 55% by 2012

Andrey Dobrov sold 50% of his Onarbay Enterprises Ltd shares to Magnitogorsk Metallurgical Combine. Onarbay Enterprises Ltd owns 82.6% of Belon. A few days before that, Sapwood, owned by Andrey Dobrov, used its right to buy back 10.75% Belon shares it had sold in October 2007 to the combine and included them in Onarbay. Thus, the Cyprus-based company, a half of which the combine is about to buy, was the owner of all Belon shares, except for the 17.4% traded on Russian shock exchanges. Rashnikov bought from Dobrov a 41.3% stake in Belon for $ 230.4 million. The partners had agreed on the sum back in summer 2007. Had it not been for the summer agreement, Andrey Dobrov could have earned much more than that since due to rising prices for coal his company had become three times as expensive as it was in summer.

In 2010 the shareholders decided to prematurely dismiss the CEO, Andrey Dobrov, and to appoint to the post Vitaly Bakhmetiev, former Magnitogorsk Metallurgical Combine commercial director for logistical resources. Neither Belon representatives, nor the combine spokesman disclosed what exactly did not suite the owners about the former business strategy of the company.

A year after the full sale of Belon to Magnitogorsk Metallurgical Combine, its former owner and CEO Andrey Dobrov once again became an influential businessman. The largest of the assets he still owned, Belon bank, that previously catered for the financial flows of the group, was transformed into Vzaimodeystvie banking system for business. Dobrov intends to use the brand to fill in a niche new for his bank, namely that catering for small and medium business. As a result Belon was renamed into Vzaimodeystvie banking system for Small and Medium Business, registered with the the Central Bank in October 2010. The owner, that is, Dobrov who had bought more than 97% of the bank's shares in March 2009 and became board chairman, and the top management of the bank remained the same.

In 2011 ranking of millionaires Dobrov was the 194th,his fortune amounting to 16.8 billion rubles. He lost 43 positions compared to the previous year.

Group of Companies Obuv Rossii moved its main office to the former Novosibirsk office of Belon in 56, Boris Khmelnitsky Street. According to some information, the building with the total area of ​2.4 thousand square metres was bought for 145-160 million rubles from the coal company that moved to Kuzbass in 2010. The experts considered the price overstated. According to a Magnitogorsk Metallurgical Combine employee, other Belon non-core assets in Novosibirsk region are also for sale. The price of the manufacturing base in Barabinsk is stated at 5 million rubles. In addition, says MMC employee, the deal concerning a 11 hectares land plot for construction of a warehouse ​in Klyukvenny village is being negotiated.