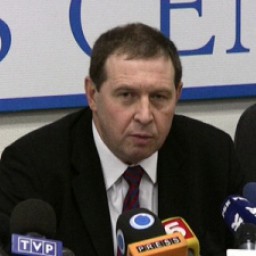 Andrey Illarionov was born on September, 16, 1961 in Leningrad to a family of teachers, Nikolai Andreyevich Plenkin, the father, and Yulia Georgievna Illarionova, the mother. Andrey Illarionov took the surname of his mother. He studied as Leningrad State University (LGU), receiving his first degree in 1983 and postgraduate degree in 1987. He has a PhD in economics. Illarionov studied at the university with Aleksey Kudrin. He worked as an apprentice in Birmingham, United Kingdom.

In the 1980s he was one of the Leningrad economic scientists-reformers, the informal leader of whom was Anatoly Chubais.

In 1983-1984 he worked as an assistant at the Department of International Economic Relations of the LGU.

In 1984-1987 he was a postgraduate student at Leningrad State University.

In 1987-1990 he worked as a LGU professor at the Department of International Economic Relations.

In 1990-1992 he was senior research fellow, head of the regional economic problems laboratory at St. Petersburg University of Economics and Finance.

In 1992 -1993 he was first deputy director of the Working Centre for Economic Reforms under the Government of the Russian Federation (RTSER). He participated in the development of the government programme, approved in summer 1993. He sharply criticized the activities of Viktor Gerashchenko, chairman of Central Bank of Russia.

In 1993-1994 he was head of analysis and planning team under Russian Prime Minister Viktor Chernomyrdin. Illarionov was dismissed for violating work discipline.

In 1994 he was director of the Moscow branch and vice-president of Leontief Centre, international centre for social and economic research.

In 1994-2000 he was director of the Institute of Economic Analysis.

In 2000-2005 he was adviser on economic policy to Russian President Vladimir Putin.

Since October 2006 he has been Senior Fellow at the Centre for Global Liberty and Prosperity at the Cato Institute, a libertarian research institution headquartered in Washington D.C., USA.

Illarionov is married and has a son and a daughter.

In August 1998 Illarionov actually became an ally to the businessman Boris Berezovsky, who sought resignation of the government of Prime Minister Sergey Kiriyenko. Illarionov took part in the campaign launched by Berezovsky to overthrow the government, strongly criticizing the actions of authorities on Berezovsky-controlled ORT and NTV TV channels.

An employee at the Work Centre for Economic Reform under the Russian government when speaking about Illarionov, called him as a non-systematic person who was absolutely not capable of teamwork. People associate him with deeply rooted bureaucracy. He would regularly present to the accounting of RTSER bills for refund from expensive hotels in central Moscow, in which he always included the cost of laundry services and even restaurant bills.

Illarionov married a U.S. citizen. It is a big secret who the woman is. Her name is not mentioned in any of his biographies. It was only once that some information about her appeared in the press, namely that the wife of presidential adviser worked in the Moscow office of Brunswick UBS Warburg investment bank. The media reported that she was the daughter of the deputy director of the CIA.

In 2002 Illarionov tried to convince foreign investors that investment in the Russian energy industry was not wise. His speech at the forum Russian Fuel and Energy Complex in the XXI Century contained very sharp criticism of the reform concept proposed by the Russian government and of the actions of the management team of RAO UES (Unified Energy System).

Such actions gave observers grounds to assume that by taking drastic demarches against the leadership of RAO UES and their entities, Illarionov voiced somebody else’s position. Illarionov’s activity was extremely beneficial for certain interest groups among the Russian oligarchs, namely for Oleg Deripaska, co-founder of Russian Aluminum, and Roman Abramovich, owner of Sibneft, Andrey Melnichenko, owner of MDM-Bank, and Iskander Makhmudov, head of the Ural Mining and Metallurgical Company.

Media reported that Illarionov, an opponent of the Kyoto Protocol, allegedly received a bribe from the oil giant, Exxon Mobile. The sum was estimated at 3 million U.S. dollars. American environmentalists were able to prove more or less the transfer of 240 thousand dollars.

Working off this tranche, Illarionov successfully pushed for the dissolution of the Economics Department in the Kremlin administration. Anton Danilyants, head of the mentioned department, is Illarionov’s declared enemy, a supporter of the Kyoto Protocol. The same can be said about Viktor Khristenko, the industry minister, whose staff Illarionov warned by telephone about the possible unpleasant consequences.

On December, 27, 2005 Illarionov resigned, saying that during the six years of Vladimir Putin’s presidency Russia witnessed a change of political regime and that he could no longer express his opinion freely as an adviser to the president.