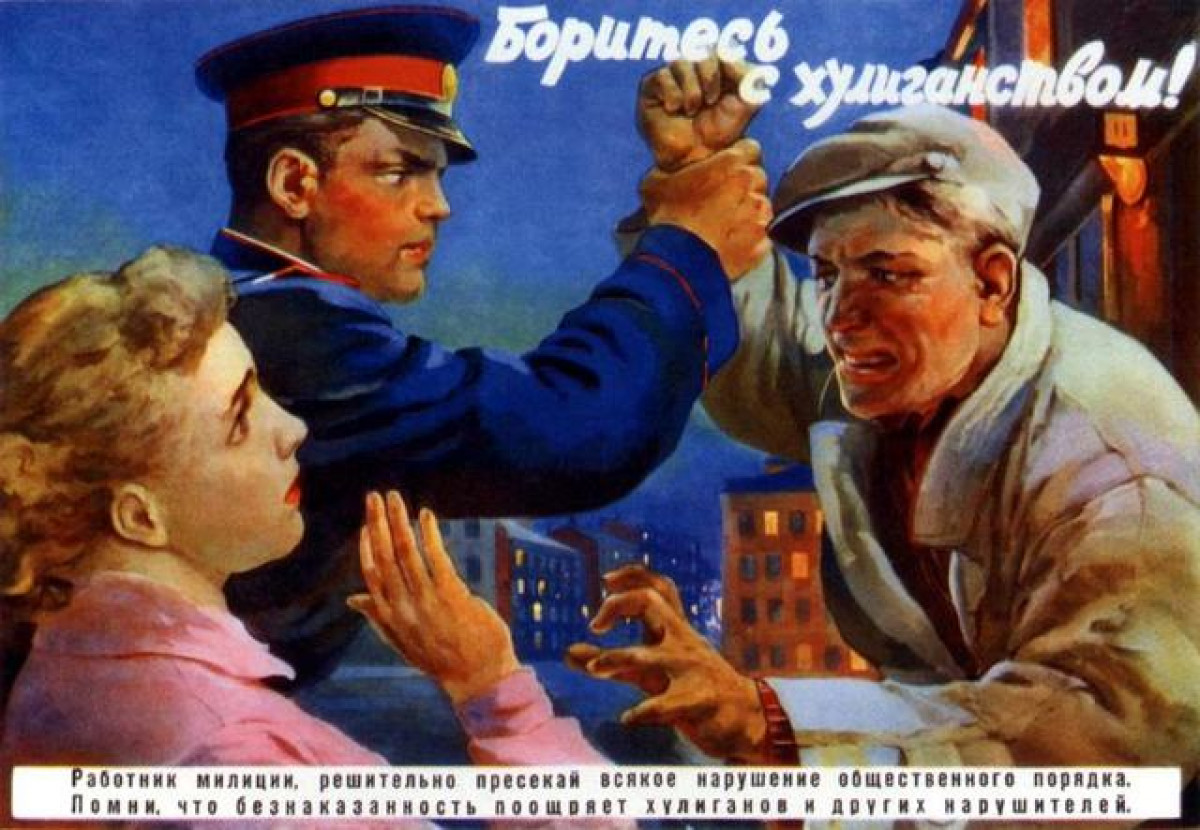 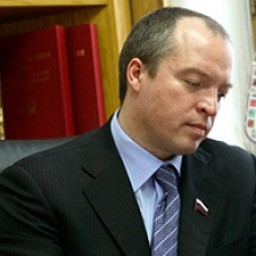 Born on January 30, 1966 in settlement Nikolsky, Moscow Region; In 1988 graduated Moscow state pedagogical university (MSPU), faculty of Psychology, PH.D; Graduated from Russian Academy of Public Administration under the President of the Russian Federation.

Since 1996 Andrey Skoch is the citizen of Israel.

In 1997 Skoch was the chairman of the Moscow regional lottery fund «Youth Planet», in December, 1997 he unsuccessfully stood in deputies of the Moscow regional Duma from the district including territory of Zheleznodorozhny, Balashihinsky and Lyuberetsky areas. Besides, Skoch proposed the nominee on elections for the State Duma in Mari El Republic. He participated in elections as the president of international fund "Generation".

In 1999 Andrey Skoch became the deputy director of investments and development of AO «Lebedinsky MPC».

In 1999-2003 - deputy of the 3rd State Duma of the Federal Assembly of the Russian Federation, the member of Committee on the industry, construction and high technologies. In 2000 became the chairman of Advisory council on metallurgy and mountain-ore industry of this committee.

In December, 2007 was elected as the deputy of the 5th State Duma of FA of the Russian Federation. A member of fraction "United Russia", the president of the international fund "Generation", honored trainer on sambo-wrestling and judo.

According to "Finance" magazine, his fortune for 2009 was 1.50 billion dollars, and the 33rd place in a rating of Russian billionaires.

Andrey Skoch is married, has seven children, four of them - twins of 1994 year of birth.

In the early nineties Andrey Skoch was one of the leaders of «Solntsevskaya» organized criminal community and had a nickname Scotch Tape. Among criminal communications of Skoch there were named such as the head of Solntsevskaya Sergey Mikhailov (AKA Mihas), Averin brothers, Alexander and Victor – active members of Solntsevskaya criminal community. Together with others Solntsevskaya’s authorities – Kvetnoy brothers, Lev and Vladimir, and Dmitry Baranovsky (nickname White) – Skoch headed the criminal group which was engaged in illicit weapon business. Arms supplies were carried out to Russia from Poland, the Baltic States and Belarus. Legalization of the received incomes occurred by an investment of money resources in processing and a mining industry, through various commercial structures. Skoch’s group with more than 20 former sportsmen and persons with previous convictions supervised commercial banks "Montazhspecstroy", “Dialogbank”, and also a capital casino "Karusel". Andrey Skoch was registered as on one of owners of Moscow casino «Arbat court yard».

In the late nineties press wrote about Andrey Skoch's participation in showdowns concerning Serpukhov oil base - the enterprise became a dispute subject between «Solntsevskaya» and "Podolskaya" criminal structures. Podolskaya group – the second biggest and influent group after «Solntsevskaya» in Moscow region – went on rupture, despite earlier strong communications between two criminal communities. The conflict occurred because of long dispute on control over Serpukhov oil base. In February, 1998 members of "Podolskaya" group attached a tank farm from grenade discharges, then company "Oka-oil" located there and headed by chairman of the board Andrey Skoch, had to leave the territory of the base and to locate in another place.

In 2000 in the biographic data of Andrey Skoch published in mass-media, there was an information that he served in research division of KGB which ostensibly was engaged in experimental researches of mass suggestion. There is no any more concrete data on this stage of his activity in open sources.

In State Duma Andrey Skoch is named as the active lobbyist of metallurgical branch. His desire to be the chairman of Advisory council on metallurgy and the mining industry (the lobbyist organization) became a main objective of Skoch’s coming to politics. Skoch was said to be informally delegated to the Duma by a metallurgical complex of Belgorod - Lebedinsky and Stoilensky MPC, Oskolsky electrometallurgical industrial complex. Then the former minister of an antimonopoly policy Gennady Khodyrev and the representative of the Ural region Zelimhan Mutsoev became his assistants to the Head of council. Council included: Deputy Peter Shelishch, the ex-minister of metallurgy of the USSR, the president of the International union of metallurgists Serafim Kolpakov, the owner of "Severstal" Alexey Mordashov, the head of "Mechel" - Alexey Ivanushkin, "Nornickel" - Alexander Khloponin, SUAL - Victor Vekselberg, Novolipetsk metallurgical industrial complex - Vladimir Lisin, a member of Academy of mountain sciences Evgeny Panfilov, the deputy director of institute in the system of State Science Center Chermet Leonid Makarov.

In 2000 Andrey Skoch came into the view of police in connection with criminal case on charge of the head of "Montazhspecbank" Arcady Angelevich, in the past – the basic treasurer of «Solntsevskaya» criminal group who was accused of plunder over 7 million dollars belonging to commercial bank "Unity". Andrey Skoch who was registered as the councilor in "Montazhspecbank", together with Lev Kvetnoy, assistant to Angelevich, was targeted in the investigation as the witnesses. Actually, according to journalists, both of them were "authorities". During the investigation Angelevich colluded department of economic counterespionage of FSB, and the employee of FSB Vladimir Vanesyan who forced Skoch and Kvetnoy to leave from "Montazhspecbank" was directed to the bank. Lev Kvetnoy was written to declare during investigation that Vanesyan threatened him to put a grenade in trousers. Solntsevsky then left the interest to bank.

Mass-media wrote about a certain conflict in relations of Andrey Skoch and his colleague in «Solntsevskaya» Lev Kvetnoy. In 2006 Skoch, having united with businessman Alisher Usmanov, redeemed shares of Lev Kvetnoy in Lebedinsky MPC and Oskolsky electrometallurgical industrial complex. After this transaction Usmanov and Skoch began to unite the enterprises with actives of "Metalloinvest" in mining-ore holding. For some time all three businessmen were "Gazprom" partners. In 2000 they together with "Gazprominvestholding" created "Gazmetall" where they transferred the share holdings of MPC and ОEMC. Kvetnoy headed "Gazmetall”. In 2005 Kvetnoy had disagreements with Usmanov because of the conflict concerning Magnitogorsk metallurgical industrial complex. Sckoch took Usmanov's part in this conflict.

In the State Duma Andrey Skoch lobbied interests of the large alcoholic companies. It was one of initiators of the bill «About modification of the Federal law « About state regulation of manufacture and a turn of ethyl spirit, alcoholic and alcohol-containing products» (regarding introduction of an obligatory denaturizing of nondrinking spirits), brought in the State Duma in October, 2006. The bill obliged manufacturers of methyl and isopropyl spirit which are the basis for substitute production, to denature the production, adding, for example, gasoline. It should bring additional 5 billion roubles to manufacturers of strong alcohol. Apart from Skoch, the deputies Valery Draganov, Alexander Kogan, Yury Medvedev, and Alexey Rozuvan were authors of the bill.

In 2006 minorities of OAO «Oskolsky electrometallurgical industrial complex», supervised by Andrey Skoch, businessmen Alisher Usmanov and Vasily Anisimov, submitted the claim to arbitration court of Belgorod about recognition of founders of industrial complex, instead of simple shareholders. Minorities tried to challenge industrial complex privatization. The claim was that in 1993 during the act of acquiring shares and formation of joint-stock company of open type, and then creation on its base of open joint-stock company workers of industrial complex received the status of the shareholder, having lost the status of the founder, though the circle of powers of founders is wider, than shareholders. The court decided that process of privatization ОEMC which took place in 1993, was according to norms of the legislation of that time. Subsequently the group of minorities made the complaint to Voronezh arbitration court, but there the first judgment was upheld.

In 2010 in a rating of Russian billionaires magazine Forbes named six deputies of the State Duma including also Andrey Skoch. According to Forbes, Skoch is the richest Russian deputy with the fortune of 1.4 billion dollars. At the same time, according to his declaration, Skoch is one of the poorest deputies: in 2009 he submitted data to tax department that he earned 1.7 million roubles, that in his property he has only one apartment with the area of 65,31 sq. m and no any car.