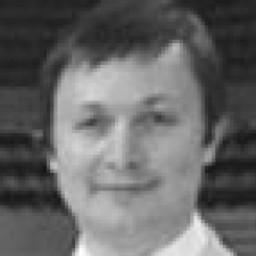 Since the early 1990s to 2001 he worked with Savo Kuyunzhich. Khovanov was a co-owner of Tekhnologii Motorov CJSC and City-energo, the president of City-energo until 2005 de facto.

Khovanov began doing business in Russia with Savo Kuyunzhich, an entrepreneur from Yugoslavia. In the early 1990s, Savo Kuyunzhich engaged in the trade of plumbing materials supplied for reception houses, guest houses, and Gazprom hotels. Andrei Khovanov, Kuyunzhich’s business partner, accompanied toilet bowls and washbasins imported into the country during transportation through the customs and road police stations. Tekhnologii Motorov JSC (TM) was established for marketing. Apart from toilet bowls, Gazprom purchased from TM turbine installation for pumping gas. Until 2001 Tekhnologii Motorov performed very well though it consisted of only four people. The money transfer chain taking Gazprom funds to Liechtenstein and Switzerland did not require more people. Then Khovanov and Kuyunzhich through their affiliates conducted several questionable transactions resulting in 1 billion dollars reported missing. The funds allocated by Gazprom for the construction of Moscow International Business Centre Moscow-City and Aquadrom, as well as for the reconstruction of Soviet Wings Universal Sport Palace had never been returned, and in fact had been stolen.

In 1999, Khovanov became CEO of the All-Russian Institute of Light Alloys. During the two years of Khovanov’s leadership, production output of the institute dropped several times. The institute became a loss-making enterprise; wages were not paid for months. As a result of Khovanov’s activities, the company was on the verge of bankruptcy and all of its property was put up for auction.

In 2003, Khovanov made ​​several attempts to take over NPO Aviatehnologiya JSC. The company was created by hard work and talent of its general director Pavel Khanchin and his deputy, Gennady Mulin. Under their leadership, several companies manufacturing airplanes and components for aircrafts were established and reconstructed. In December 2003, both were informed that Khanchin’s personal accountant Lydia Aristova owned all the shares in the entities. Nikolay Ryabykin, general director of one of the company's plants, also notified Mulin that Ryabykin was a shareholder and general director of Aviatehnologiya. All documents filed to the tax authorities, proved to have been certified with authentic seals that Aristova had access to. But the signatures were forged. When the businessmen found out about the activities of the chief accountant, they barred her from entering the office and launched an internal investigation. Then Aristova found another "agent of influence" in the face of a common resident of the city of Stavropol, Semion Voskovsky. On 6 January 2004 he addressed Stavropol region Arbitration Court with a claim urging to recognize him as the owner of Aviatehnologiya property because he was the owner of several shares of the CJSC. Without much examination, a local judge ruled in favour of Voskovsky. A week later, Gennady Mulin appealed to the same court, and the next day, on 13 January, Judge Tuzova overturned her previous decision, harshly criticizing the person who had ruled so, that is herself. However, the next day after the cancellation of the decision, unidentified men with riot police chevrons on the sleeves broke into the office on Volochaevskaya Street, convoyed out the office staff, and had the office security lie on the floor their faces down. Two bailiffs entered and presented the court decision made on 6 January. The office staff showed them the court decision made on 13 January. The bailiffs apologized, filled out the relevant paperwork and left, and the riot police officers remained in the office until they were replaced by security guards from Rodon private security company hired by Ryabykin, who stayed in the office for the whole day and the night. Then, having cleared out the situation, they left. A few days later the Moscow City Military Prosecutor's Office received a complaint that employees of the private security company Rodon were expelled from the office on Volochaevskaya Street by an armed division of internal troops, led by former Deputy Commander of Internal Troops of Russia. The claim was checked. It turned out that it was not true, and thus a criminal investigation into the case was initiated. The investigation was entrusted to the prosecutor’s office at South-Eastern district of Moscow. It was found that a number of witnesses, whose words were grounds for the claim, lied. Moreover, some witnesses said directly that they gave the testimony urged by Andrei Khovanov. Thus, the true culprit of the incident was revealed.

In October 2004 Khovanov was arrested. He was charged on two counts: the falsification of evidence (Article 306-I of the Criminal Code) and applying pressure to witnesses (Article 309-I of the Criminal Code). Both charges were put forward in connection with the alleged fight at Aviatehnologiya. Ironically, Khovanov was placed to Butyrskaya remand prison, where Yevgeny Yankovsky was kept. Khovanov was a witness in the case against Yankovsky over the theft of Gazprom circulating notes in the amount of 1 billion rubles.  Khovanov had repeatedly claimed that Yankovsky threatened him. According to Khovanov, Yankovsky managed to organize an assassination attempt on 26 September 2004, when Khovanov’s car was allegedly fired at by an unknown person. However, this time Khovanov could give no testimony about the attempt.

I n December 2004 the period of detention for Khovanov was coming to an end. Despite the request of the investigator, he was released. When the investigator left the courtroom, Judge Rumyantseva produced another copy of the statement and added "release Mr. Khovanov from custody in the courtroom," despite the fact that Khovanov was to stay in remend prison for another 2 days. The guards released him, and the next morning he left the country. In January 2005 he was put on international wanted list. Kuzminski District Court Judge Liubov Rumyantseva, who took the decision to release him, faced charges.

Over the next two years Khovanov was hiding in Geneva, occasionally coming to Moscow on business. In February 2007 he was arrested during one of such visits. The full list of articles on which he was charged, now reached three: 306 (knowingly false accusation), 307 (false testimony), and 309 (bribery of a witness). According to investigators, the entrepreneur Khovanov persuaded, for a toll of 1.5 thousand dollars each, three employees of private security company and one entrepreneur to give false testimony to the prosecutor's office that SMK board chairman Aleksandr Shoror and a group of individuals dressed in Vympel special forces uniform on 15 January 2004 supposedly seized the office of Aviatehnologiya inflicting injuries to two guards. According to investigators, Khovanov pre-rehearsed with the bribed witnesses testifying for the prosecution. During the rehearsal he played the role of the investigator. In prison Andrei Khovanov made ​​four suicide attempts, but he did not succeed in making the investigators more sympathetic so that they would change the preventive measure.

In summer 2010 the events at Aviatehnologiya again were in the public eye in connection with the exposure of Georgy Kopylenko and Andrei Pashkovsky’s ORSI raider group. Investigators revealed the details of the attack on Aviatehnologiya property, including the stake in SMK acquired through the illegal theft of shares of Firma NT LLC and Firm RPT LLC that were the shareholders in Aviatehnologiya. In the course of the investigation officials obtained irrefutable evidence of fraud by forgery of documentation of the mentioned entities, but the episode led to no action by the authorities.