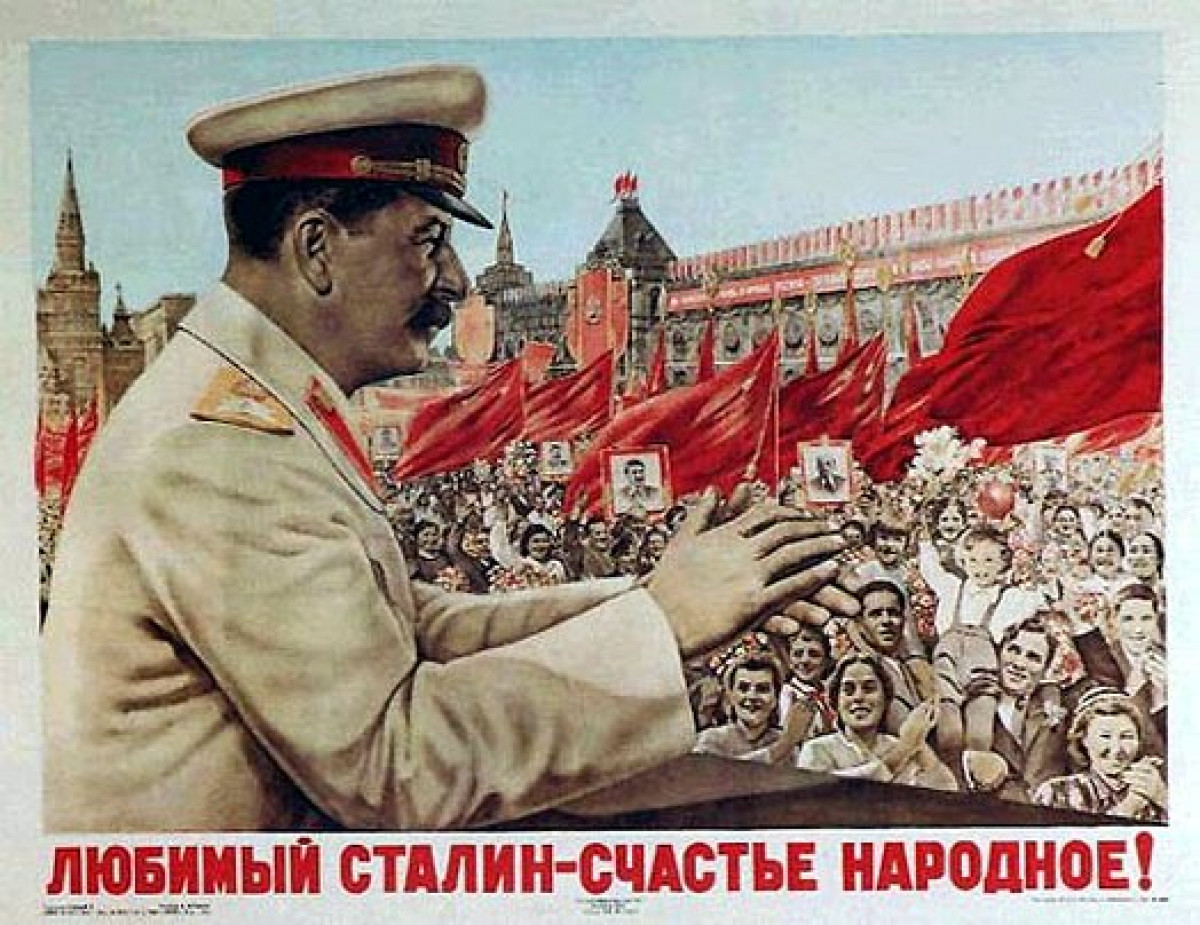 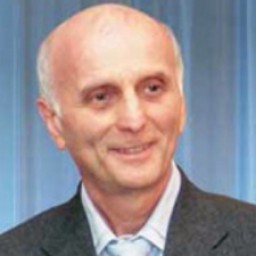 Upon completion of construction college in Nemyriv worked in mobile mechanized column in Genichesk of the Khersonskaya region. Under the direction of the enterprise he continued his education in the Poltava Civil Engineering Institute, and graduated in 1974 with a degree in civil engineering. Soon after graduation he was sent to Naberezhnye Chelny on the construction of the Kama Automobile Plant. Having started his career as a bricklayer he then became a master, then the head of the site. After passing the first stage of KAMAZ in 1976, he arrived in Moscow, where he participated in the construction of the building the press center of the Olympics-80 (now - News Agency "Novosti"). In 1982 he was sent from Moscow to Vietnam for the construction of hydropower plants.

His returning from Vietnam to Moscow coincided with the beginning of perestroika. Like many at the time, Boris Bulochnik decided to try himself at business. Entrepreneurial spirit, determination, and experience gained over the years have helped him organize his work.

In 2010, the chairman of the Master bank, Boris Bulochnik and his family collectively controlled almost 85% stake in the bank.

Media became interested in Boris Bulochnik in connection with the scandal initiated by them in 2009. Then the Central Investigation Office (GUS) Department of Internal Affairs of Moscow launched a criminal investigation into the attempted theft of more than 1.2 billion rubles of Master-Bank. 58-year-old Vladimir Strubtsov was held as a suspect - former Managing Director of Domodedovo Construction Management (DCM), part of the group of companies of the airport complex Domodedovo by Dmitry Kamenschik. According to investigators, Strubtsov tried to steal money from bank using a bank guarantee issued by a Moscow construction company. Mr. Strubtsov categorically denied his guilt, claiming a consequence that he acted within the law.

Employees of Department of Economic Security Interior became interested in the activities of the company's management of DCM last spring, after Chairman of the Master Bank, Boris Bulochnik asked for their help. In his statement, the banker argued that DCM used forged documents to try to steal more than 1.2 billion rubles which was entrusted to him by the bank. And thus, it was misled the Moscow Arbitration Court. This document was submitted to the Moscow MID, which initiated a criminal investigation on June 18, 2009.

During the investigation it was found that from July 2004 to May 2007 there were four contracts for construction work entered among three companies: two from Cypriot - SAAF Ltd and Cyvas General Trade Ltd (CGT) and one from Russia - JSC "Domodedovo Airport Complex (‘AVKD’). According to the contracts, AVKD instructed CGT to perform construction, installation and design work associated with the expansion and renovation of the terminal building at Domodedovo airport. According to the contracts, SAAF Ltd performed as investor, the customer was AVKD and general contractor - CGT. Investigators found that for the period July 2004 to August 2007 CGT received advance payments from SAAF Ltd totaling more than $ 3.1 billion.

In August 2006, SAAF Ltd and AVKD signed two contracts with another contractor - a Russian company "Sivas", whereby the latter undertook to "do the design work, rehabilitation and commissioning of the zone of contiguity gallery number 1 to the main terminal building, as well as the design, construction and commissioning of the third floor of the gallery number 1 ". Under those contracts, "Sivas" has received more than 430 million rubles from the SAAF Ltd.

Simultaneously, as the investigators found, the general contractor CGT made many additional construction works at the request of AVKD which had been contracted and processed much later than actually implemented. This was due to the specific work carried out at the airport during its operation.

As follows from the case, by August 2007 the owners and managers of SAAF Ltd, DCM AVKD " had an intent, aimed at theft by deception over 1.2 billion rubles belonging to the Master-Bank. As the preliminary investigation found out, in August of 2007, DCM and "Sivas" signed a new unified contract for services (EDP), under which the contractor undertook to perform the scope of work that goes into the contracts signed earlier between the AVKD Company and SAAF Ltd on the one hand, CGT and "Sivas" - on the other. That is, the new treaty had actually duplicated the commitments that CGT had already completed, but now the executor was "Sivas". The total amount of work on the EDP was valued at just over 4 billion rubles. In addition, all parties signed agreements under which the customer functions are moving from AVKD to DCM. At that time, according to the investigation, CGT and the "Sivas" delivered work to AVKD for smaller sums than that they had received from investors formally.

However, according to investigators, DCM decided to secure itself against the case when the contract cannot be satisfied, and demanded "Sivas" to provide a bank guarantee amounting to more than 1.2 billion rubles. As the materials state, in this case, traders advised the general contractor to apply it in the Master Bank. After a while the agreement between Sivas and the bank was signed, resulting in a guarantee issued by the latter for the rest advance on that amount. In this case, investigators believe, traders knowingly knew they were going to steal this money from the Master Bank.

Then DCM wrote a letter to the investor without requesting 1.2 billion rubles specified above an advance payment, but only 398 million rubles. At the same time, continuing to implement pre-designed criminal plan to steal money from the Master-Bank, the businessmen, as the material in late 2007 - early 2008 showed, the leadership of CGT and the" Sivas" signed several agreements, according to which there were some changes made in the ENP policy, "including in the cost structure and method of payment”. According to the documents, the amount of work has increased from 4 to 6.8 billion rubles. And the "Sivas" assumed the debt to the DCM for a total of over 3.4 billion rubles which were formed on pre-contract both with it and with the CGT and AVKD. As follows from the case, December 1, 2007 DCM signed acceptance of the certificate number 3, under which it accepted from "Sivas" objects worth about 2.2 billion rubles. In this case, DCM included a part of the work performed previously by CGT on previous contracts, which "Sivas" has not fulfilled under the new contract agreement. Thus it happened so that "Sivas" allegedly owed DKM about 1.2 billion rubles without getting it in the EDP, on which the Master bank issued a bank guarantee. However, the leadership of the Master Bank was not aware of those developments.

During the preliminary investigation it was found that as soon as the bank issued a bank guarantee, DCM stopped accepting "Sivas" work for various reasons. It follows from the record that since August 2008, the contractor completed work totaling more than 627 million rubles, and that DCM has refused to accept it. Among those works the key ready VIP-rooms of major European air carriers have been carried out and they have long been exploited. Then the funding of "Sivas" stopped. Soon, DCM, according to investigators, referred to the fact that the works had been done behind the schedule, and terminated the contract, stating that the builders have more than 1,2 billion rubles previously obtained. Since the customer had a bank guarantee, the management of DCM required by the Master bank reimbursement of this amount. But the bank refused to comply with obligations, finding that DKM unreasonably refuses to accept a contractor's work and takes into account the outstanding advances, which "Sivas" really did not get. Then, as investigators established, the head of DCM Vladimir Strubtsov, "acting from selfish motives, signed and sent a statement of claim to the Moscow Arbitration Court " to recover more than 1,2 billion rubles from the Master Bank in favor of the plaintiff in accordance with a bank guarantee." In the statement of claim, Mr. Strubtsov pointed out that "Sivas" had paid advances amounting to some 3.8 billion rubles. And the contractor allegedly executed works worth about 2.6 billion rubles. That, according to investigators, did not correspond to reality. As follows from the case, the plaintiff went to court, "knowing that" Sivas had "received advance payments amounting to 398 million rubles.." But due to April 14, 2009 the court froze the amount claimed owned by the Master Bank.

Journalists have noticed that First Deputy Prime Minister Igor Shuvalov has made several statements, which essentially amounted to a negative assessment of the actions the owners of the airport "Domodedovo". In this regard, it has been suggested that the actions of Bulochnik and Shuvalov – were a planned campaign to try to change the situation with the owners of "Domodedovo" in the interests of their competitors.

In September 2010, journalists paid attention to the diplomatic ability of Boris Bulochnik. They wrote that a cousin of Prime Minister Vladimir Putin, Igor Putin was appointed vice president of Master-Bank. At that time, Master Bank was among the top 100 Russian banks, but then this position in the ranking seemed to be temporary - in their view, the arrival of Igor Putin, who has little experience in banking, would allow the Master Bank a foothold in the top 50. They said in bank that they had hired a relative of Prime Minister to implement appropriate development strategies.

According to the ranking of "Interfax" the Master Bank held 59th place in the first half of 2010 in terms of assets (58.9 billion rubles.) and the 57th on capital (7.7 billion rubles).

The bankers interviewed by journalists, found it difficult to characterize Mr. Putin. As market participants indicated in informal conversations, they had no opportunity to meet with the prime minister's cousin, but suggest that his work in the Master Bank will be formal by nature. "There is also s very common practice, when the bank invited a relative of high-ranking official in a high position, not involving participation in operating activities," pointed out one of the interlocutors of Kommersant.

"I do not know anything about the work of Igor Putin in the banking sector, but I'm sure that, whatever qualities he may possess, the appointment will enhance the administrative resources of the bank, the expert said. Kinship is still an important factor in competition."