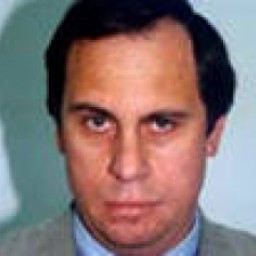 Bio:
David Traktovenko was born on 28 January  1956  in Leningrad. In 1978 he graduated from Voznesensky Financial School in Leningrad with a degree in credit and finance. He is a doctor of economics.
In1978-1987 he worked as an economist, then as a manager of State Bank department.
In 1988- 1989 he was a deputy head and then the  headed of planning and economic department of Leningrad  office of the USSR Promstroibank.
In 1989 he became commercial director of Promstroibank.
In 1991-1994 he worked for  Promstroibank as a director for economic issues and business activities
In 1994-1998  was a board member of  Promstroibank.
In 1995 he was a board member of  Vyborg-Bank.
In 1997 he  was a board member of   Petrovsky bank,  Baltic  Plant  and  Kirov Plant.
In 1998- 2005 he was also a board member of St.Petersburg bank.
In 2001 to 2003 he chaired the board of directors of  International Bank of St. Petersburg.
In 2003- 2005 he was the chairman of the board of directors of FC Zenit.
Traktovenko is married and has a son, a daughter and a grandson.
In 2011 his wealth was estimated at $ 550 million.
Sources: lobbying.ru, celebrity, Finance, 15 April 2011

Dossier:
Market participants believed that  Petrostroibank was controlled by its board chairman  and the president of St.Petersburg banking house Vladimir Kogan. But it was not the case. According to  Petrostroybank's investment memorandum for 200 million dollars eurobonds of  1 June 2005,
Kogan is a beneficial owner of only about 23% of the shares, and  Traktovenko owns approximately equal stake. The largest shareholder of the bank was Vneshtorgbank which bought   25% plus one share at the beginning of the year  and arranged another purchase agreement  to increase its stake up to 76%.  Severstal  holds 8.7% of shares of Promstroibank.

In December 2008 Traktovenko and  Paul Ramsey,  one of the richest people in Australia,  owner of the country's largest private medical services and co-owner of  Prime Television television network, jointly purchased a controlling stake in FC Sydney. Prior to that, in 2006 David Traktovenko bought 22% of the club when it was only a project yet. An expert from Sports day after day newspaper owned by Traktovenko said ''Football in Australia is no way a profitable business, it's not a business at all ... So it is unreasonable to invest in an a priori loss-making  venture.''

Nevertheless, an attempt to disguise the deal failed. Traktovenko became known to be the main beneficiary and president of the club.

In July 2011  Vladislav Bachurov  resigned as editor-in-chief of Sports day after day  and sold his 10% stake in the newspaper to its main owner, St.Petersburg banking house controlled by businessman David Traktovenko. Apparently, the changes in personnel had been brewing for a long time. Thus, in February 2011 the director-general of Sports day after day  publishing house was replaced.  New editor Sergei Bavli said ''Bachurov's position of editor-in-chief of the entire publishing house was important when the project had just been started. Now, the work is established, all of our projects have its own editors. Vladislav  Yurevich has no obligations now so he is free to quit''. Bachurov accounted  his decision  for personal reasons and deep crisis of media market, especially of online publishing.

What were the  ''personal reasons'' remained a mystery.