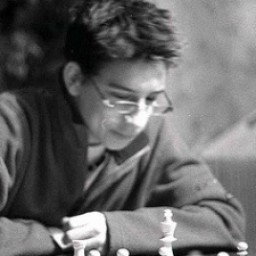 Deni  Bazhaev is the only son of Zia Bazhayev, the founder of Alliance holding, who died in a
plane crash in 2000.  Deni  is a student of the Moscow School of Economics. According to Eastern tradition, after the death of his father Deni  became  head of the family, so he  officially  owns his father's assets, while their family business is run by Musa Bazhaev,  Deni's uncle and co-owner of the holding.

In 1992  Zia Bazhaev got acquainted with president of Ichkeria Dzhokhar Dudayev. Dudaev needed someone  who would establish export of  Chechen oil. Bazhaev transferred oil abroad through Lia Oil, his oil trading company  registered in Switzerland, and thus made the separatists richer and richer. After   Dudayev's death  Lia Oil discontinued  export of  Chechen oil. Then at the invitation of Prime Minister Viktor Chernomyrdin Bazhayev became president of South Oil Company  unitary state enterprise. Hence Zia Bazhaev was rumoured to be a member of the RF Intelligence Service.

In 1997 shareholders of Sidanco fuel holding company  invited him as a director-general and in fact as a crisis manager:  Sidanco was having a hard time then.

As people close to Bazhaev said, in  1997 he spent more time on the road than in Moscow  and carried on private negotiations with each  governor  of the Russian Federation.

On 9 March 2000 Yak-40 plane flying  from Moscow to Kiev crashed on takeoff at Sheremetyevo-2 airport. The crew and nine passengers died, including director of  Alliance multisectoral holding company Ziya Bazhayev and well-known journalist and president of Top Secret  holding  Artem Borovik. Possible cause of the crash was said to be vengeance of Chechen militants, who, according to FSB spokesman Alexander Zdanovich, tried to make Bazhayev finance arming of Chechen units of gunmen, but Bazhaev refused.

Zia  Bazhayev had a wife and three children, two daughters and a son. His minor son Deni thus became owner of  29,9% of shares of Alliance Group.

15-year old Deni  Bazhaev is the youngest member of Forbes list. He is ranked 112  with a $ 900 million capital . In his early childhood  he was considered a child prodigy. He could easily make calculations in mind and remember long poems. When 12 years old,  Deni  was given an IQ test on  iq-certification.com and scored 148 points. He was ranked 2462  in the list of 20 000 smartest people in Russia. More than 7 million Russians got tested there, and the best score was 160 points. If you want to take the test  you should know that the  service is not free.

Young boy Bazhaev is one of the best students and check players of  Moscow School of Economics. He plays football very well, too. Along with Deni members of the School football team are  Nickolai  Mamut, the son of Euroset's shareholder Alexander Mamut, and Dan Davidovich, the son of former owner of Prodo Group David Davidovich. By the way, the boys   support not Russian teams like Spartak or  Zenit, but Chelsea .