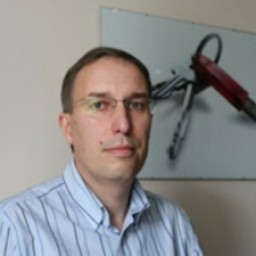 Bio:
Dmitry Gorelov was born on 6August, 1948 in Moscow. In 1973 he graduated from Kirov Military Medical Academy. He studied there along with former Minister of Health Service Yuri Shevchenko,  co-owner of Lenbiomed international pharmacological company Sergey Kolesnikov and Vladimir Matvienko, a husband of former governor of St.Petersburg Valentina Matvienko. In 1974 Gorelov moved to Leningrad.
In 1977 he became deputy head of international relations department under Leningrad General Health Directorate.
In 1990 he headed International Cooperation Centre of Leningrad General Health Directorate state municipal enterprise.
In 1991 Gorelov was co-founder of PETROMED  CJSC, registered in January 1992. One of its sponsoring organizations was the Committee on External Relations of St. Petersburg City Hall. The committee was chaired by Vladimir Putin.
In 1996 Gorelov was co-founder BIOTEHNOTRONIK Consulting company along with director-general Yuri Panin, Sergey Kolesnikov, Georgy Manikhas and Alexey Barchuk.
In the beginning of 2002, he founded and headed the PETROMED holding that included PETROMED closed company, ROSMEDPROEKT limited liability company, Lenbiomed and other companies.
Since the early 2000s Gorelov has been a minority shareholder of Rossiya bank.
In 2006 Gorelov and Nikolay Shamalov jointly purchased controlling stake of Vyborg Shipyard JSC.
In 2000 he got the title of Merited Worker of Health of the Russian Federation
He was ranked 182 in Forbes richest list of Russia. His wealth was estimated $ 500 million.
He has a son, Vasily Gorelov, who is now the director- general of Rosinvest LLC and co-owner of the Vyborg shipyard.

In 1989 biophysicist Sergey Kolesnikov got engaged in commercial adoption of his scientific products and turned to Leningrad General Health Directorate. Dmitry Gorelov worked there for the international relations department . Kolesnikov and Gorelov established  International Cooperation Centre, a small company under Health Directorate. The company produced medical devices constructed by Kolesnikov and supplied city health service with them.

A year later International Cooperation Centre made a large order for X-ray contrast agents from the city administration. In 1990 ICC made an agreement with Nycomed Norwegian company. In a year the PETROMED company was established. The company  imported foreign medical equipment to St. Petersburg. Gorelov was a director-general of PETROMED, while Kolesnikov was his deputy. Co-founders of the company were Committee on External Relations of St. Petersburg City Hall chaired by  Vladimir Putin - 50%, Health Committee - 40% and International Cooperation Centre - 10%.

In 1995 Gorelov and Kolesnikov got acquainted with Nicholay Shamalov, the head of  Siemens  St. Petersburg medical office.

In 2000 Shamalov made Kolesnikov and Gorelov a proposal "from the former at that time president Putin'' . Putin offered ''funding for a number of major contracts in the field of public health." The condition, set by Putin was transfering 35% of the funding money to the foreign bank accounts. This financial foundation was partially set up on the money of tycoons Roman Abramovich and Alexey Mordashov.  The funds were allegedly intended for investments in Russian economy.

However, as Kolesnikov claimed, after the  financial crisis 2008 Rosinvest suspended working on its projects by Putin's personal order conveyed through Shamalov. All the efforts and funds were fixed on the so-called South Project,  the construction of a "holiday centre" on the Black Sea coast, to be more precise, a magnificent palace in the Italian style, and vineyard for the production of fine wines. The complex near the Praskoveevka village of Gelendzhik area, according to Kolesnikov, was assigned "to the personal use of the Prime Minister of Russia". The palace cost over a billion dollars, "according to the reports and estimates" that Kolesnikov saw in 2009.

In 2008, in connection with a scandal in Charlie Chaplin Museum  French media got interested in powerful Russian businessman Ilya Traber. Chaplin's house on Lake Geneva was bought by Genii Capital,  the company from Luxembourg, that also owned Renault Formula 1 team. Russian Vitaly Petrov is a pilot of the team. Petrov's father, chairman of the board of Vyborg Shipyard Alexander Petrov, admitted that Ilya Traber, former owner of the Vyborg Shipyard,  had been Vitaly's major sponsor.

Since 2006 Dmitry Gorelov and Nikholay Shamalov have been co-owners and board members of Vyborg Shipyard while Rosinvest owned 25% of the stake. Sergey Kolesnikov said that the company was established "by Vladimir Putin's instruction through his friend Nicholay Shamalov." Bearer shares were issued by the company. Kolesnikov, Gorelov and Shamalov owned 2% of the shares each, while Putin was given 94% shares through Shamalov.

In March 2011 Vyborg Shipyard utilization was only 1.3% of the total power. 85% of 1500 employees were forced to go on indefinite leave without pay. Deputies of the Leningrad regional parliament became concerned about it, as the situation could result in social upheaval.They appealed to speaker of the State Duma Boris Gryzlov.

In 2008 Gazprom commissioned the shipyard to construct platforms for the Shtokman gas condensate field in the Barents Sea. Four pontoons for two platforms were built and then towed to Murmansk city. General order for the construction of 35 platforms was expected, but the development of the Shtokman field was suspended, as well as orders for the platform construction.