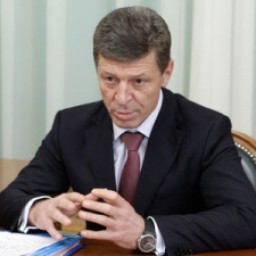 Dmitry Kozak was born on November 7, 1958 in Kirovograd region in Ukraine. After high school, he served in the army for two years as a paratrooper. Then he entered Vinnitsa Polytechnic Institute, but after studying there for two years, he made a transfer to Law Department of Leningrad State University, graduating in 1985 at age 27. As an A student he was assigned to work at Leningrad Public Prosecutor's Office, where he served until 1989.

In 1985-1989 he worked in Leningrad Prosecutor’s Office as a prosecutor and the as senior prosecutor.

Since 1989 he was head of legal department of Monolith Kirovstroy and legal adviser to the Association of Sea Commercial Ports.

In 1996 after the defeat of Anatoly Sobchak in the mayor elections, Kozak retained his post and in 1998 became vice-governor.

In 1998 he resigned because of disagreements with Governor Vladimir Yakovlev.

In 1999 he worked at the law firm Group YUST

In 1999-2004 he was Chief of the Government Staff in the rank of Minister, Chief of the President's Executive Office.

In 2004 – 2007 he was Presidential Plenipotentiary Envoy in the Southern Federal District., head of Special Federal Commission on the North Caucasus.

Since September 24, 2007 he was Minister of Regional Development

On May 12, 2008 he became Regional Development Minister in the government of Vladimir Putin.

On October 14, 2008 he was appointed Deputy Prime Minister, responsible for holding the 2014 Winter Olympics in Sochi.

Order of Merit for the Fatherland, II degree (2008)

Honourary Certificate of the President of the Russian Federation, 2002

Kozak is winner of the International Award of the Fund of Apostle Andrew the First-called "For Faith and Loyalty" (Fund of St. Andrew)

He is State Councilor of the Russian Federation, 1st Class

He is married to Natalia Kvacheva who since 2005 has worked as lawyer of the Bar of Moscow region. According to SPARK, Kozak’s former wife, Lyudmila Kozak, co-founded in 2004 Studiya Podarkov Ltd, which was subsequently liquidated. The eldest son of Kozak, Aleksey Dmitrievich, was born on 12 January 1984. In 2005 he graduated from Higher School of Economics with a major in corporate economics and finance. After graduation he was appointed head of capital markets department in MacBright & Partners, specializing in real estate. According to SPARK, Aleksey Dmitrievich Kozak is co-owner of Red Ltd, Mcbright Ltd., and Yuva Ltd. that deal in civil engineering works. In 2008 he worked in the Ministry of Regional Development. Since 2009 he has been Investment Manager at Private Equity and Special Projects department in VTB Capital. Youngest son of Dmitry Kozak, Aleksander, was born on June 7, 1988, and is a student at the Faculty of Management of the Higher School of Economics.

From September 1994 to January 1999 Dmitry Kozak was chairman of the Judiciary Committee of the St. Petersburg City Hall. Under the mayor Anatoly Sobchak, Kozak worked closely with Vladimir Putin.

Dmitry Kozak is considered to be the author of the city charter of St. Petersburg. In 1997 Kozak was awarded a prize for developing the document. The prize "For achievements in the implementation of legal reform" was established by the Development Fund for the Law Faculty of St. Petersburg University.

In 2004 the media wrote that Nikolay Tsvetkov, the co-owner of NIKoil, was supported by Dmitry Kozak. This support was brought about by Valery Chernov, head of the Organization Department of the Administration of President. A President’s Executive Office insider claims that Dmitry Chernov, the son of Valery Chernov, was appointed a top manager in NIKoil.

On September 13, 2004 Kozak was dismissed as Chief of Staff of the Russian government in connection with the terrorist attack in Beslan and was appointed Presidential Envoy in the Southern Federal District. By presidential decree, Kozak headed a special Federal Commission for the North Caucasus which was formed at the same time. New appointment of Kozak was seen by many as an exile. It was teported, in particular, that the Kremlin's security forces, who saw in Kozak a serious rival, framed up his new appointment. It was also alleged that his transition to the new post was beneficial for Fradkov as it strengthened his position.

In 2005 the newspaper Southern Federal published an open letter of Yekaterina Bagrych, a second year student of Rostov State University. The main thesis of the letter read, " policy pursued by the government, reforms in the North Caucasus are historically, politically, ideologically, and psychologically doomed." There were attempts to find Bagrych, but there was no such student in Rostov. Kozak’s team suggested that Federal District authorities were trying to provoke a scandal, which would result in Kozak’ resignation. These assumptions seemed the more reasonable, that the resignation of the previous envoy Yury Kazantsev, and then his successor, Vladimir Yakovlev followed critical publications in the mentioned newspaper, which was rumoured to have had a strong ties to the presidential administration and management of the Council of Federation.

When at the end of February 2006 a Danish media agency published cartoons depicting the Prophet Muhammad, Ramzan Kadyrov decided to expel Danish Refugee Council from the territory of Chechnya. The conflict was resolved through the intervention of presidential envoy Kozak. On February 26 he addressed the Prosecutor General of Russia with a request to give an opinion on the legality of the decision of the Chechen authorities. The next day Kadyrov said that the decision to expel the Danes "was of a recommendatory nature," and the humanitarian organization resumed its work in full.

In 2005-2006 Kozak was named among candidates as Putin's successor.

In summer 2011 the media named Dmitry Kozak as a candidate for the position the governor of St. Petersburg. However, Kozak denied the rumours saying that "There have been no suggestions or discussions concerning the subject".