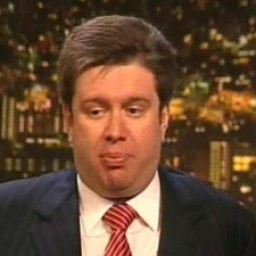 Dmitriy Jakubowski was born on 5 September, 1963 in Bolshevo village near Moscow. His father, lieutenant colonel, worked as a senior researcher for the research institute under the Ministry of Defense. He was exposed to radiation at his workplace and died at the age of 42.

In 1980 Dmitriy Jakubowski took entrance exams at a military engineer training school, but was not admitted. Then  he joined a missile sсhool in Perm. In 1981 he was expelled from the school and served in the army as a private soldier. He was discharged during his first year of service.

In 1982  he worked as a loading workman, and then he was a technical worker at the Prosecutor's Office of the USSR  At that time he also joined the All-Union law school of distance training.

In 1983-1986 he worked at the central warehouse under economic and management department of  State Procurement Office, then he joined Glavmosremont, Moscow repair agency, and was promoted there as  a head of supply department of Lenin Remstroytrest building trust.

In 1987 he was an assistant director of Moscow Bar Association.

In 1987-1990 he was a head of economic department of Moscow prosecutor's office.

In October 1990 he became a secretary of the USSR Bar Association.

In October 1990 Jakubowski got through to the Marshal Yazov and offered help in settling a scandal on Soviet real estate in Germany. Marshal conferred him emergency powers.
In 1990-1992 he worked for a subsidiary company of Agrochem state association  in Basel.

In March 1992 he returned to Moscow and worked for the military reform committee.

In July 1992 he became a legal adviser to the government and was in charge of law enforcement agencies. He was given the rank of colonel, although at that time he was only a lieutenant.
In September 1992 he was appointed plenipotentiary of law enforcement agencies in the Russian Government. The documents on his promotion to the rank of lieutenant-general were prepared, but soon Jakubowski was dismissed, and the documents were not signed.

In 1994 he returned to Moscow and founded a law firm.

In December 1994 he was arrested for stealing rare books from the Russian National Library in St. Petersburg.

In 1996 he was given a 5-year prison sentence while his property was confiscated.
In 1997 his cellmate accused him of  abuse, and Jakubowski was sentenced to another 2 years of imprisonment.

On 12 December  1998 was released from a prison in Nizhni Tagil.

In 1999-2000  he was a presenter of Arrest and Freedom TV programme. While serving his sentence Jakubowski wrote his third thesis.  Its subject was constitutional basis of prisoners' rights in criminal proceedings. At that time he got divorced with Marina Krasner and married to his lawyer Irina Perpyolkina.

Jakubowski gained publicity when he was included in the group of generals, officers and lawyers that were engaged in sale and use of personal and real  property of Soviet Forces in Germany.

Jakubowski along with the deputy chief of  rear services staff of the USSR Armed Forces Yuriy Belikov, was a manager of the group. Later  Mikhail Gorbachev dismissed Jakubowski from the group. Many generals were later arrested for illegal sale of the Soviet state property in Germany. Jakubowski fled from the country at that time.

In 1992 Jakubowski was back to Russia. He met Vladimir Shumeyko, who appointed him coordinator of law enforcement agencies. Despite being only a reserve lieutenant, he was awarded a rank of colonel. An order on awarding Jakubowski a rank of lieutenant-general was prepared, but was turned down by Boris Yeltsin. That is why Jakubowski was nicknamed General Dima.

Jakubowski was given office premises, state dachas, armed security, personal weapons and vehicles with special identifying marks to implement committee functions. The committee was  not involved in practical activity and had no revenue. Its expenses were covered by Union company, which, in turn, was a founder of another Jakubowski's organization, Foreign Trade Association under Moscow Regional Administration, FTAMRA.

Reports say that in 1993 Jakubowski was a mediator between FTAMRA and Telamon Ltd foreign company and helped them to make  $ 30-million agreement on supplying baby food and providing equipment for its production. According to the contract terms, Shumeyko ordered Rosagrohim state agrochemical company to transfer 14.5 million dollars to Swiss bank. However, the contract was not executed, so in June 1993  stakeholders had to sign  a new supply contract for $ 1.7 million.  Baby food was to be delivered from Hungary to the General Health Directorate of the Moscow region.

Telamon Ltd. company  was rumoured to  be related to Dmitry Jakubowski's brothers.

But for political intrigues, Jakubowski was engaged in, he would have still remained safe. But the businessman fell victim to the war between several Kremlin factions and was forced to abandon his position and flee from the country.

Jakubowski  defended the interests of Solntsevo gang. The documentary evidence of this fact is a contract, according to which the leader of  Solntsevo Sergei Mikhailov, also known as Mihas, ceded the right to manage all his property in Russia to Jakubowski. In November 1994  prosecutors searched Mikhas' apartment in Solntsevo district. His property was arrested and the apartment was sealed. A few days after the search Jakubowski opened the door with a gas welder machine His armed guards, as well as two gangsters of Solntsevo, Arnold Tamm and Evgeni Lyustarnov, and lawyer of Moscow Bar Association Sergei Pogramkov were also present at that moment.  Police operative Oleg Uchaikin helped them to keep up appearances and make like their actions were legal. After Uchaikin had been shown the contract between Mihas and Jakubowski, he took the prosecutors' seal off the door and then Jakubowski's people cut off the door lock.

Jakubowski's press secretary  Nicholai Gulbinsky said  that signing an agreement between Mikhas  and Jakubowski could be neither disproved, nor confirmed.

Immediately after the theft   St. Petersburg police asked citizens for help and found a response. Raisa Gorenburg came to St. Petersburg department of the Federal Security Service and said that the stolen manuscripts might be found at an apartment in Granitnaya street. Raisa and her husband let it "to some Israelis." Police searched the apartment and found  three bags full of  missing manuscripts. Another part of stolen things was found in a suitcase and a bag that the lodgers had given to the Gorenburgs so that their luggage would be kept at the apartment  where the Gorenburgs themselves lived.

Reports say that on 16 December 1994  policemen and counterintelligence officers laid an ambush at both apartments and detained two couriers that were sent to pick up "belongings". One of the detainees, Vladimir Ananiev,  was a chauffeur of Dmitriy Jakubowski and the second one, Igor Ushakov, former fighter of special mission units, was Jakubowski's bodyguard.

In December 1994 Jakubowski was arrested for stealing ancient manuscripts. During the trial, that ended on 11 November 1996, about 100 witnesses were interviewed and 20 expert examinations were made. The state prosecutor demanded 7 years of imprisonment in a labour colony and confiscation of property for Dmitriy Jakubowski.

Prominent lawyer Genrikh Padva, the head of the defence corps, urged on the court an acquittal of Jakubowski  for "the lack of evidence of guilt."  Jakubowski himself, while speaking in court for the last word, also declared his "complete innocence."

On 14 November  1996 the court of St. Petersburg found Dmitriy Jakubowski guilty and sentenced him to five years of imprisonment in a general regime colony and confiscation of property.

In 1997 in St. Petersburg the court of the Kalinin district sentenced Jakubowski to two years of imprisonment for abusing his cellmate. Officers of the Kalinin district  police department claimed that Jakubowski, along with his cellmate Alexei Sidorov, accused of murder, regularly abused the third prisoner, Igor Khristenko. Allegedly Khristenko was beaten and subjected to sexual harassment. Sidorov and Jakubowski were said to put a rag into his mouth and put on a plastic bag on his head.

On 13 October 2007  Russian sensation  programme presented a pompous story about lawyer Dmitriy Jakubowski, who  got engaged in a promising activity, namely, real estate trade in Rublyovka,  prestigious residential area. The programme also told about the palace, built by Jakubowski for himself, that was allegedly "estimated at far more larger amount of money than all those ancient manuscripts that were once stolen from the book depository in Petersburg." Reports say that the palace  was constructed on money that Jakubowski's former wife Marina Krasner salvaged from confiscation.

In 2007   Sistema-Gals  company, operated by Felix Yevtushenkov, took control of more than 35 thousand square meters of real estate and about 22 acres of land near Rublyovo-Uspenskoye highway as the company purchased 74.9% stake in  Gorki-8  LLC, owned by Dmitriy Jakubowski.

In 2010 Sistema-Gals company resumed the project on construction of  elite residential community  near  Rublyovo-Uspenskoye highway, that was suspended because of the crisis. This decision was made by VTB bank, the new owner of the company. The project was aimed at millionaires and its budget totalled 0.5 billion dollars. The construction was supervised by infamous lawyer Dmitriy Jakubowski, who chaired the board of directors of Gorki-8 company.

Last Saturday Russian lawyer and TV presenter Dmitry Jakubowski became famous in Switzerland. His Valero women's volleyball team won the championship of the country.
Jakubowski even threw a grand firework party to celebrate the victory. Senior officials of Switzerland, along with Russian businessmen, were glad to take part in the celebration.