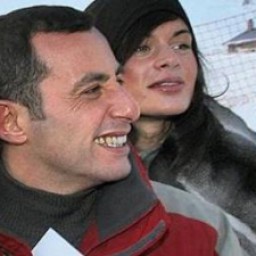 Edward Berman joined the owners of the Capital Group holding company in 1993.

From 1991 to 1998, the company was generally engaged in construction of office buildings. In 1997, the company realized a project of country elite housing for the first time; in 2002, some Metromarket shopping centers were constructed.

Later the Capital Group company considerably extended and occupied a leading position among the builders of Moscow.

In 2007, the management of the holding decided to form a Capital Group Commercial company to manage commercial assets.

In 2007, a Dutch architect Erick van Egeraat developed a project the Capital Group, but the developer rejected the drawings and gave the order to the American Bureau NBBJ without having paid the van Egeraat’s work. In addition, the developer based his Capital City project on the sketches of Erick van Egeraat, partly simplified them and started building the complex. The arbitration court of Stockholm issued a decision that the Capital Group was obliged to pay for the van Egeraat’s service, pay him 12.5 million rubles for compensation, and no longer use images of the architect.

In the spring of 2009, the Capital Group agreed with Sberbank on installment debt of more than $400 million for five years and co-investment in the City of Capitals project at the Moscow City International Business Center territory. In February 2009, the developer delayed payment on the $ 400 million credit and offered Sberbank to take away the deposit. In settlement of the debt, Sberbank received areas in the City of Capitals project in the Moscow-City business center (about 50 000 sq. m. of apartments).

In 2011, the commission on conservation of buildings in the historical parts of Moscow banned the Capital Group to dismantle a commercial apartment building on Big Yakimanka 15/20, Building 1, built by architect Fyodor Kolbe in 1899-1901. But the company still demolished the building having declared that the exterior wall “had felt itself”.

There was a scandal, and the firm was obliged to restore the building. According to media reports, the company has already spent about $ 30-35 million, part of which has gone to resettle 61 apartments in the Central District of Moscow.

The Moscow Arbitration Court satisfied the claim of the Moscow government to a major developer of the Capital Group and to the Museon public cultural institutions of Moscow to terminate the investment contract for the Russian Avant-Garde project on Crimean Rampart Street (Krymsky Val).

The project contemplated construction of an architectural complex including hotel and office buildings, as well as construction and equipment of the Museon complex – an art park near the Central House of Artists.

In 2008, the director of Museon Michael Pukemo said that the Capital Group planned to build five towers as tall as the monument to Peter I located nearby - hotels with the title Russian Avant-garde: the Tower of Kandinsky, the Tower of Malevich, the tower of Rodchenko.

In February 2011, Moscow Mayor Sergey Sobyanin signed a resolution on the audit of all investment contracts with the Government of Moscow. It provided for termination of the contract on the Russian Avant-Garde project and noted that there were no land legal documentations issued for all of the objects in the contract.

During the hearing, the representative of the city government requested to terminate the investment contract for which the scheduled performance had been violated. He said that in 2009 the Capital Group was to have developed project documentation and obtained a construction license but it still hadn’t been done.

In his turn, the representative of the Capital Group said the company didn’t recognize the claim. The contract, according to them, was valid. The representative also said that the Moscow government itself had failed the terms of the contract which were necessary for coordination of project documentation.