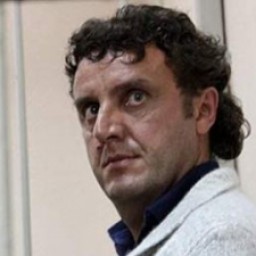 Eduard Taran is the owner of RATM multi-industry holding company which comprises 78 company. Eduard Taran was ranked 223 in the list of billionaires by Finans magazine.

His common-law wife, Irina Tsvetkova, is a lawyer working with RATM Group.

Source: Vedomosti newspaperIn 2000 the audit revealed numerous violations in the company's management. It exposed the fact that under the terms of the contract concluded between Director General of Novosibirskenergo Company Mr Tomilov and RATM-Energo the price of a ton of coal was two times higher than the price of an average colliery in the region.

In 2000 the quality of coal supplied by RATM-energo steadily deteriorated. RATM-Energo sued Novosibirskenergo for a debt, another step of the former Director General, his lobby in the government of the region and RATM-energo to seize the power over the company and its assets.

In 2002 it became known RATM Group made its raid to seize the property: RATM’s people forced their way into Novosibirsk-based Eslib company with sledgehammers and crowbars and only personal interference of Novosibirsk Region Governor Victor Tolokonsky stopped forced merger.

In autumn 2004 RATM Group and Siberian Cement Company (Sibcem) simultaneously purchased the stakes in Angarskcement Company and both went to law to acquire. Legal dispute over 2.17% of shares, which gave majority holding, went on until October 2007. Meanwhile the company was run by Sibcem.

However RATM rejected the offer to redeem its stake. Eduard Taran chose another strategy. He decided to bring back the shares of Angarskcement LLC (the company he controlled) to Angarskcement public corporation and to sue Sibcem for the shares of Pereval Quarry. Taran was backed by President of Rosenergomash Concern Vladimir Palikhata.

There is information that RATM Group, headed by Eduard Taran, reestablished control over Angarskcement. The trial continued over 5 years.

At the end of March 2010 the state restore the licence of Angarskcement to produce limestone. The company also got the property which had belonged to Pereval Quarry LLC, a former extracting daughter-company (RATM Group and Sibcem's joint company).  Source: Vedomosti, 31 March 2010

RATM Group laid hands on every aspect of financial and business activity of Iskitimcement public corporation, of which 25% belongs to state.

Besides that Iskitimcement public corporation granted loans to organisations, affiliated with RATM Group, and bought promissory notes from them. These notes were then written off with no commercial reason. With the view of redistribution of the company's profit in RATM's favour, the group established Iskitimcement Firm and a chain of dealers, affiliated with RATM Group. The firm bought all produce at knockdown prices and then resold it through the dealers.

Thereby, the state, an owner of the blocking shareholding (25.5%), did not any dividends from the company and all money went to Eduard Taran and corrupt officials from the Rosimushestvo (Russian Federal Ageancy for State Property Management). The last step to raid Iskitimcement public corporation was made in February 2009.

Despite numerous assurances given by RATM Group management, social obligations have not been fulfilled and the plant is still being stopped. The company got into the arrears of wages. Regional authorities had to interfere.

At the meeting in Moscow, Eduard Taran assured the governour of the region, that first tranche in sum of 10 million roubles would go to Rubtsovsk to offset the company's debt to workers of Altaysk Tractor Plant. They would get money in a day or two. Untill June, 1, RATM Group management would work out the schedule of the debt repayment.

Eduard Taran also told Aleksandr Karlin, that he was going to take 100 million roubles on credit to pay off the wages, according to the schedule.

On August 22, 2010, Eduard Taran was detained in Moscow. He is suspected of an attempted bribing in sum of 1 million roubles. According to a source, the Department of Economic Security of Russia's Ministry of Internal Affairs was auditing one of the companies of the Group. A Nikolay Zabanov came to the official in the department and offered him 1 million roubles to terminate the audit. At the moment when the money were handed over, the police detained Zabanov. Zamoskvoretsky investigative department of Moscow police opened the criminal case under Article 291 of the Criminal Code (bribery). Under questioning Zabanov revealed that offering a bribe he acted with the consent of Eduard Taran. This evidence was sufficient to detain Taran.

In late August 2010 Taran’s lawyers claimed that they saw the investigator of the criminal case talking informally to the second defendant, Zabanov, and his lawyer in one of Moscow cafes near Zamoskvoretskaya district prosecutor’s office. Taranov’s lawyer recorded the conversation with his cell phone, thus establishing the fact of the talk taking place. He handed the audio of parts of the conversation and a statement over to the prosecutor’s office. According to the lawyer, Zabanov’s arrest was a frame up aimed at putting Taran under pressure.

By the time the petition was considered Taran had spent over three months in remand prison.

After losing all court hearings over Angarskcement, Sharykin’s holding employed measures of last resort and contracted the arrest of its main rival.

Taran’s legal defense team claims that there was a bribe provocation attempt against Edward Taran in August 2010. According to the lawyers, the businessman was offered to pay 300 thousand euros to officers of the Investigation Committee with the Irkutsk Prosecutor's Office to terminate a criminal case against head of one of the companies within the holding, Oleg Gayevsky, who was accused of bankruptcy misconduct. But Taran refused to do it.

On March, 5, 2011 RATM GROUP announced that it gained full control over Irkutsk Pereval Quarry ltd that used to supply Angarsk cement plant with raw materials. The plant is also controlled by Edward Taran, a businessman from Novosibirsk. Without informing Siberian Cement JSC which was a majority shareholder of the Pereval Quarry owning 51% of equities, RATM GROUP called an extraordinary meeting of shareholders, elected new members to the board of directors, and appointed a CEO. He immediately withdrew claims filed by Pereval Quarry against entities controlled by Edward Taran and tried to influence several criminal cases.