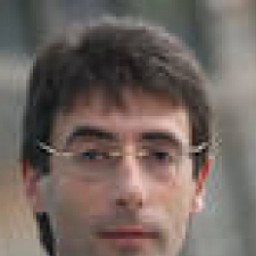 Since the early 1990s he has been a business partner of  Vladimir Golman, a member  of   St.Petersburg Legislative Assembly, Golman's son Sergei Shatunovsky and  U.S. citizen  Daniel Corcoran, the founder of Interoksidental real estate agency, who escaped from Russia after he had been accused of  fraud.

In 1992  he worked as a project manager for the International Business Support Centre financed by    the European Bank for Reconstruction and Development. He continued his career in real estate business as a marketing manager and a year later he became  director-general of a real estate agency.
In 1993  he founded RBI   holding company and chaired the board of directors.
Tiktinsky  combines business with public activities.  In 2004 he joined the advisory board on urban planning under the Governmentof  St. Petersburg on the development of urban industry.
Tiktinsky is a board member of   North West Construction and Industrial Complex association.
He is a co-founder of  Reconstruction of gardens and parks in St. Petersburg  public organization.
Tiktinsky is married and has a son. His hobbies are  golf, music, psychology, and Eastern philosophy.
In 2011 Tiktinsky's wealth was estimated at $ 200 million.
Sources: Wikipedia, Finance, 14 February 2011

In  early 1990s at the age of 19 Tiktinsky, when a third-year student, managed InterOksidental,  the largest real estate company of St. Petersburg. At least a few thousand citizens  were defrauded by  the firm.  But Tiktinsky managed to get away with punishment. It is not actually clear  how such a young man, who was said to play tennis and golf all day long, as well as billiards, could establish a large investment company and run it. But if we consider patronage of his friend, deputy Golman, then everything falls into place.

In February 2008 at the meeting of Coordinating Council on   Affordable Housing for Russian Citizens, the national project in St. Petersburg,  Tiktinsky said ''The city is developing at such a pace that, well, there is no space for small firms here. Except being a contractor of major companies, may be''.

He added that ten major construction companies in St. Petersburg had always controlled more than 50% of the housing market. ''It is an illusion that if a parcel is small, it is inexpensive. It can be very expensive'', he claimed.

In autumn 2009  governor of St.-Petersburg Valentina Matvienko cancelled the government resolution on  construction of a 10-storey building on Komendantsky prospect   because of the protests of the citizens. At that RBI has lost 500 thousand dollars. President of the holding Eduard Tiktinsky told that he had met an information attack triggered by city parliament deputy Oleg Nilov

In June 2010 for the third time in St. Petersburg  the most  dishonourable citizens of St. Petersburg were elected. The winners were director for  international transactions of Stockmann company Jussi Kuutsa and Eduard Tiktinsky.  Tiktinsky was often mentioned in the reports that covered construction industry scandals. More than fifteen hundred people took part in the voting that lasted a month. The prize was awarded on the basis of press reviews,  so the winners were those who often appeared on TV and radio programms as well as in newspapers. They were informed about their victory in a special way. They were sent a memorial sign, that is, a wall brick  from a ruined house and a certificate.

In July 2010  the first hearing on a lawsuit of Bellona Human Rights Environmental Centre was held. The organization tried to challenge the deal on the land plot purchased by NIS Housing LLC  incorporated in RBI holding  from the City Property Fund. RBI planned to built a hotel near Lopukhinsky garden, on the site of a non-working aquatic plant.

Representatives of Bellona  stated that the site belonged to the territory of Lopukhinsky as public green area and  was not  subject to privatization.

In January 2011  in the court of arbitration Tiktinsky finally confirmed his ownership of the land plot near Lopukhinsky garden. Since then a confrontation on  construction of the hotel there has started as city protectors stated that it would distort  Lopukhinsky garden as part of  cultural heritage of St. Petersburg.