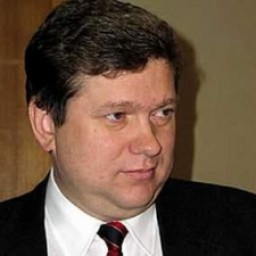 Bio:
Evgeny Bushmin was born on 4 October  1958  in   Lopatino village, the Gorky region.
In 1980  he  graduated from Lobachevsky  State University in Gorky.
In 1979-1991 he worked for Applied Mathematics and Cybernetics Research Institute. He worked his way from a senior laboratory assistant to a senior engineer. He received doctor's degree in economics.
In 1989 he established a company that dealt with  medicine automation and health economics issues
In 1989 he became the director of  Stacey LLC.
In 1991 he became president of   Nizhny Novgorod exchange.
In 1993-1994 he was the vice chairman of Volga-Vyatka Prominbank,  the joint stock
industrial and investment bank.
Later he became chairman of the board of trustees of  Nizhniy Novgorod Fair receipt investment foundation.
In 1993 he was elected to the State Duma as a candidate from the  Nizhny Novgorod region. He was a member of the Committee on Budget, Taxes, Banks and Finance.
In 1996-1998 he was the first deputy head of State Tax Service.
In 1998-2001 he was the Deputy Minister of Finance.
Since 2001 he has been a member of the Federation Council.
Bushmin is married. He has an adult daughter and  a granddaughter.
Source: mydeputy.ru

Dossier
On 13 September  governor of the Nizhny Novgorod region  Gennady Khodyrev signed
decree on Bushmin's early withdrawal as a member of the Federation Council representing  the Nizhniy Novgorod region. When interviewed by a Nizhny Novgorod news agency, Bushmin said, "It is a complete surprise to me. The governor has never complained about my work and the support I provided to the Nizhniy Novgorod region". Bushmin also reported that on 15 September he had a meeting with Finance Minister Alexei Kudrin, who "was concerned about   possible failure of discussion on the budget which was  inevitable in  case of  Bushmin's dismissal as a member of the Federation Council. "

On 30 September Nizhny Novgorod Legislative Assembly considered early withdrawal of member of the Federation Council  representing  Nizhny Novgorod legislature and the chairman of the Federation Council Budget Committee Evgeny Bushmin. The issue could have been submitted at the session on 16 September but speaker Evgeny Lyulin  sent letters to the Assembly members in  which he claimed that the meeting had been postponed "due to lack of quorum."  That is, it took two weeks  to brainwash the deputies of the Assembly.   Even deputy director of  Russian Railways  Hasyan Zyabirov  attended the meeting, though formerly he rarely did that. And one of the Assembly members hastily returned from his foreign vacation trip.

Some Moscow officials also stood for Bushmin, mostly through private  phone calls and  reptile media. It seems that media reports proved to be right when they hinted that  some members of the Federation Council were willing to establish a "private club".  Anyway, some of the senators are eager to disown regional authorities that once appointed them as legislature representatives in Moscow. While speaking to the deputies,  Gennady Khodyrev  reasoned his decision by the fact that Bushmin stopped lobbying for interests of the  Nizhny Novgorod region. "He is now rather Treasury's lobbyist   than ours." But the local  deputies were still not convinced. Then attack of nerves was started. First, vice-speaker Alexander Tsapin clearly hinted that it was highly undesirable to remove Bushmin.  Hasyan Zyabirov supported him.  Alexei Sannikov, nicknamed Local Chubais as he   managed Nizhnovenergo regional generating company,  was persistent to defend Bushmin, as well as banker Alexander Sharonov and some other members of the Assembly.  So there was no need in   reasonable arguments anymore.  Only  three people voted for Bushmin's withdrawal. Others preferred to support him.

End of 2004 will be a moment of truth for the Russian legislature as lawmakers are to enact benefits laws, laws on the division of authority and electoral reform laws. And in 2005 the executive power will legally formalize its abandonment of education and medical care commitments and will make it possible to  redevelope schools and women's clinics as casinos  or fitness clubs. There will be more laws on compulsory insurance in every field from housing to medicine. According to the chairman of the Budget Committee under the Federation Council  Evgeny Bushmin,  everyone should take care of oneself,  for the state  disowned its people twenty years ago, but there are still people who hope that they will be cared about at monetization reform.

Being quite a cynic, Eugeny Bushmin is rather optimistic about  benefits issue. He emphasizes
that   monetization is all about the fact that nobody will lift a finger to help those in trouble or as we say in Russia  " salvation of the drowning – a handwork rolling "

It is rumoured in Rostov-on-Don that Choub's choice  was no coincidence. In the mid-90s, when Deputy Finance Minister, Evgeny Bushmin represented the RF Government in North Caucasus association   and was well acquainted with Vladimir Choub.