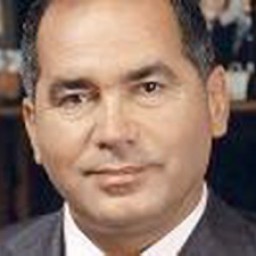 1983 Quality Inspector of leather and fur raw materials, the State Inspectorate of the USSR.

1987-1994 Consultant Ipesco in marketing in the petrochemical industry of Azerbaijan. Consultant of Amoco Eurasia Limited and McDermott International Limited on negotiations with SOCAR on the development of offshore fields in the Caspian Sea.

1987-2002 Head of Tansley Trading (later renamed into Farco Group Limited), which was engaged in marketing research of hydrocarbons market, carried out the supply of hydrocarbons to the European market as well as supplies of oil and gas equipment in Russia.

On December 9, 2004 he was dismissed from the post of President and member of the Board of Directors of Nortgaz as he was elected a member of the Federation Council (the senator).

2004-2007 - Member of the Federation Council of Federal Assembly of Russian Federation – a Representative from the administration of Krasnodar region.

2007-2010 Member of the Federation Council of Federal Assembly of Russian Federation - representative of the Legislative Assembly of the Nenets Autonomous District.

2010 Member of the Board of Directors of Nortgaz, Chairman of the Supervisory Board, a shareholder of JSC "Aznar"

He is married and has three children and a grandson.

In addition to the Russian language is fluent in English and Azeri.
Source: http://farkhad-akhmedov.ru

Father of Akhmedov - Taimur was a major tsehovik, worked as a director of one of the Baku refineries. In 1969, he was shot, allegedly for having criticized the Republican chairman of the KGB, Heydar Aliyev. Taimur Akhmedov was convicted under the economic article and sentenced to death.

Akhmedov went to Moscow, where he got educated and began supplying furs to the West. In 1986, Akhmedov went to Britain, where at first he traded furs, and then switched to export of petroleum and petroleum products from the Soviet Union through his firm Tansley Trading Limited. Then Akhmedov again moved to Moscow.

In 1989 the Soviet government began to form an international consortium to develop the Caspian shelf. Akhmedov involved the company Amoco Eurasia in it, as well as engineering company McDermott.

In 1991, Tansley began to supply imported equipment to the subsidiaries of Gazprom. The main mining division of Gazprom - Urengoigazprom was among the customers.
Source: "Vedomosti" from 23.06.2005

In 1993, for the development of the North Urengoy field the company Nortgaz was established. 44% of its shares belonged to U.S. Company Bechtel Energy, 51% - to Gazprom's subsidiary -Urengoigazprom and 5% - to Tansley, an offshore company of Akhmedov.

In early 1994 a license of the mine was re-arranged with Urengoygazprom to Nortgaz. In 1996, Americans left the company and gave up their shares to Farcot Group, led by Akhmedov. Farcot Group later acquired the shares of Tansley.
Source: "Rossiyskaya Gazeta" on 27.04.2005

In 1999, the Ministry of nature was going to withdraw from Northgas license to develop the North Urengoy field, as the company had not started to work on time. According to Akhmedov, the reason was lack of funding from Gazprom, because of which he decided to revive Nortgaz at his own expense. Akhmedov purchased equipment, paid off debts and hired 200 employees, built roads to the mine and all the necessary infrastructure. Nortgaz also made three share issues. Akhmedov paid it with his money, Urengoigazprom with the wells. As a result, the share of Urengoygazprom in Nortgaz fell initially to 0.5% and then to zero. Since 2001, Nortgaz has started production.

According to Akhmedov, before the start of gas production, Gazprom had not been interested in Nortgaz. And as soon as production began, Gazprom decided to change its management. To prevent this, Akhmedov went to court.
Source: "Vedomosti" from 23.06.2005

In 2001, Farko challenged in court barter with Urengoygazprom, due to the fact that the wells through which the company was payinh its part, allegedly had not been evaluated. The share of Urengoygazprom was acquired by British company REDI (UK) Limited by Akhmedov.

Soon after the court found void and also the sales contract in the additional issue between the Farko and Nortgaz. Thus, the whole additional issue of 1999 was found illegal. Then the leadership of Northgas redesigned the company from ZAO to OOO and simply wrote off the shares of Urengoygazprom.
Source: "Rossiyskaya Gazeta" on 27.04.2005

In 2004, Nortgaz uncovered a scheme of ownership; it became known that Akhmedov and his family owned 100% of the company. Decision to disclose this information could have been taken in connection with the desire to enter the western capital markets or to attract foreign investors.
Source: "Vremya novostey" from 01.07.2004

In December 2004, Ahmedov became a senator from the administration of Krasnodar region. In the Senate he joined the committee on legal issues, as Akhmedov explained, to improve the legal environment for business.
Source: "Vedomosti" from 23.06.2005

In January 2005 the Arbitration Court of Yamalo-Nenets acknowledged cancellation of shares of Urengoigazprom illegal and invalid. As a result, all decisions of the courts have led to a state in 1999, when the owner of Northgas belonged to Urengoigazprom for more than a half. In addition, the court declared invalid license issued to Nortgaz to develop North Urengoy field and returned it to Urengoigazprom, and that makes the business of Akhmedov senseless. The license was withdrawn in favor of Gazprom.
Source: "Rossiyskaya Gazeta" on 27.04.2005

After that, Akhmedov and deputy chairman of Gazprom, Ananenkov signed an agreement on resolving the conflict, with the proviso that Gazprom will regain 51% of Northgas, and the company acquires the status of an independent exploration and production company of Gazprom group. In the case of the emergence of new conflicts the companies decided to sue not in Russia, but in England.

Akhmedov did not receive monetary compensation, but the media claimed that he was pleased to have 49% of the company, despite the fact that in the gas field Gazprom has a monopoly on everything.
Source: "Vedomosti" from 23.06.2005

The agreement was signed, but the commercial terms of gas purchase had not been agreed upon. Gazprom demanded to fix the prices of gas mined by Nortgaz for the next three years, but the agreement was not providing that.

In 2005, Nortgaz was seized the documents held on suspicion of transferring part of the company's profits to pay salary to Akhmedov. Verification had been preceded by deputy's request by a Rodina faction member in Duma, Nikolai Pavlov; it was directed to the Prosecutor General of Russia, Vladimir Ustinov. He requested a check on abuses in the company Nortgaz. Pavlov accused Akhmedov of amassing income. The request stated that being the head of the company from 2002 to 2004, Ahmedov earned 108 million dollars in salary, so that the state received 170 million rubles less in taxes.

Akhmedov said that the payout had been agreed with Gazprom, and had been provided by the agreement signed by them and Deputy Executive of Gazprom, Alexander Ananenkov. Agreement provided for a transfer of 51% stake in Nortgas from the balance of the British company REDI, the beneficiary of which was Akhmedov, to Gazprom.

Akhmedov believed that checking Nortgas was initiated in order to reduce its price so that then Gazprom could buy back its shares at a lower price.
Source: "Kommersant" of 20.01.2005

After signing the agreement Akhmedov refused to buy Gazprom’s gas at a price of 360 rubles per thousand cubic meters, which is twice lower than the upper ceiling value established by the Federal Tariff Service, and insisted on a price of 619 rubles.
Source: "Gazeta" from 12.12.2005

In December 2005, Ahmedov filed eight lawsuits directly to members of the board of directors and managers of Northgas. The reason was that Ahmedov did not want to give up Gazprom the gas prices.
Source: "RBC daily" from 13.12.2005

Lawyers of R.E.D.I. also directed the chairman of Gazprom, Alexei Miller notice declaring a violation of the terms of the agreement. In addition, it stated about the discontent with the actions of the CEO of Northgas Sergey Tupitsyn who had fired employees without the consent of the REDI. The notice also stated that in case of failure to reach agreement on gas prices, Gazprom was obliged to redeem shares of Northgas belonging to Akhmedov.
Source: "Vedomosti" from 14.12.2005

Claims, including those filed to the chairman of the board of directors in Northgas - Krasnenkov Alexander, general manager Sergey Tupitsyn and deputy general director of sales - Boris Zimin. According to Akhmedov, their actions resulted in losses of the company. The suits stated that the company had not concluded any agreement on gas deliveries for 2006, it was on the verge of bankruptcy. In addition, the intention to sell gas at 360 rubles had led Gazprom to loss of profits, as other companies were willing to buy it at a higher price.

Another part of the claims concered illegal, according to Akhmedov, remuneration of board members of Northgas. The third part was about uncoordinated with the board size of the salary of Sergey Tupitsyna. The lawsuit said that Krasnenkov concluded an employment contract with Tupitsyn for a salary of 25 thousand euros per month.
Source: "Kommersant" from 12.12.2005

Krasnenkov and Tupitsyn, which was representative of Akhmedov in the board of directors, took the position of Gazprom in relation to the price of gas. Ahmedov was supported only by Executive Director of Northgas Gennady Kolesnikov, who opposed openly the created Gasprom-backed tandem.

After the submission of claims, Gazprom restricted access of Northgas to GTN, which is why the company was forced to work for 60% of its capacity.
Source: Nakanune.ru 15.12.2005

In all of this Akhmedov claimed that he had no conflict with Gazprom, but with individual members of the Board of Directors Northgas.
Source: "Vedomosti" from 12.12.2005

In January 2006, Ahmedov sent a letter to the chairman of the Accounting Chamber, Sergey Stepashin, with a request to give a legal assessment of the actions of auditors who had carried out financial checks in Northgas. According to Akhmedov, taxes on the funds he received were paid fairly and, therefore, the auditor Vladimir Panskov had no right to divulge trade secrets.
Source: "Parliamentskaya Gazeta” of 24.01.2006

In February 2006, the results of financial audit in Northgas were announced; it was initiated by a State Duma deputy Nikolay Pavlov. Office of Tax Crimes of the Moscow police did not find violations of tax laws. The period when the audite had been done, Nortgaz used to be a private company and therefore had the right to appoint any salaries to its head. All payroll taxes have been paid.
Source: solomin on 03/02/2006

Akhmedov was, ultimately, to bargain with Gazprom's purchase price of gas at 450 rubles per thousand cubic meters.
Source: Russian Forbes from 07.2006

In 2007, Akhmedov resigned as the representative of the Krasnodar Territory in the upper house Federation Council, but he was soon elected as a representative of the Nenets Autonomous District. Like in the Krasnodar region, he had his own business interests: oil and gas industry in this region is highly developed, and a good relationship with the local authorities could play into his hands.

In June 2009, Ahmedov resigned as the representative of the Legislative Assembly of the Nenets Autonomous District. Akhmedov sought to diversify its business in the region, began investing in real estate, wine and ski resort in Krasnaya Polyana, which should become the main arena of the Olympics in 2014. For its support the state has earmarked heavily.
Source: "Kompania" on 06/29/2009

Akhmedov was often seen in the house of LogoVaz, he accompanied Boris Berezovsky often during his business trips. There were rumors that Berezovsky almost became chairman of Gazprom in 1997. However, Akhmedov denied that he had had any joint projects with Berezovsky.
Source: "Vedomosti" from 23.06.2005

According to Akhmedov, he is in good relations with Azerbaijan's President Ilham Aliyev, the son of Heydar Aliyev, who had ordered to shot the father of Akhmedov.
Source: Russian Forbes from 07.2006