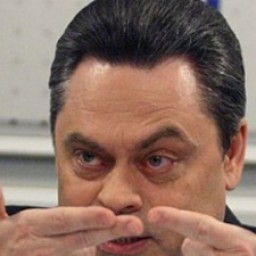 Gennady Semigin was born on March, 23, 1961 in the town of Dunaevcy in Khmelnitsky region in Ukrainian SSR in the family of a military man. When he was young he was into sports, including boxing and judo. In 1982 he became the USSR champion in karate and at the same time he was awarded the title of master of karate.

In 1985 he graduated with an honours degree from Riga Higher Military-Political Academy.

In 1985-90 he served in the army. He retired being lieutenant in reserve. Subsequently, when in reserve, he received regular military ranks and became a colonel.

In 1990 he created a research and advisory company Center of the economy and private equity concern AKROS. In September he became member of the Council on Business under the USSR President Mikhail Gorbachev.

In 1991 he founded and headed the Russian financial-industrial group (RFPG) brings together more than 20 companies that worked in the field of finance, investment, heavy industry, construction, and real estate.

In November 1991 he introduced an initiative to establish the Congress of Russian business, an organization of businessmen close to the vice-president of the Russian Federation Alexander Rutskoi.

In 1993 Semigin graduated from the Moscow Institute of Law and Finance Academy under the Russian government. At the same time he defended a thesis for Ph.D. in Political Science. He became member of the scientific advisory board to Ruslan Khasbulatov, Chairman of the Supreme Soviet of the Russian Federation.

Since 1994 he was member of a left-of-centre economic club Realists, set up by Yuri Petrov, head of the Russian presidential administration in 1991-93. However, he did not join Union of realists founded in 1995 on the basis of the club.

In late 1996 he stopped doing business directly and entirely focused on social activities.

In 1997 he joined the board of the Russian Union of Industrialists and Entrepreneurs (RSPP).

In December 1999 he was elected to the State Duma on the Communist Party list. In Parliament he joined the agro-industrial group of deputies and was appointed Deputy Speaker.

In 2002-2005 he headed the Institute of Comparative Political Sciences in the Russian Academy of Science.

In December 2003 he was re-elected State Duma deputy, this time from Khakas single-member constituency № 31.

In May 2004 he was expelled from the Communist Party.

In October 2004 he founded a social movement Patriots of Russia which included some of his supporters who left the Communist Party.

In July 2005 he registered party Patriots of Russia based on the movement. In the same year he set up the so-called People's Government of Russia and became its chairman.

In December 2006 he and a group of his supporters joined parliamentary faction of the People's Patriotic Union Rodina and replaced Sergei Baburin as the faction leader.

On September, 13, 2007 Semigin, Seleznev (leader of the Party of National Revival who announced the same day his withdrawal from the party and the intention to head Russia movement), Dmitry Rogozin, and Andrei Saveliev (as representatives of unregistered Great Russia party) signed an agreement on the establishment of the electoral coalition Rodina-Patriots of Russia. Members of the party were not elected to the State Duma of the fifth convocation.

He is the founder and owner of the Russian financial-industrial groups (RFPG) and head National Scientific-Social fund; board member of the Russian Union of Industrialists and Entrepreneurs; a retired colonel; Doctor of Political Science and Master of Sports. He regularly plays sports, tennis and wrestling; likes classical music and literature.

He is married and has two daughters and a son.

In 1999 vice-speaker of the Duma post cost Gennady Semigin 2 million dollars. After his three years as vice-speaker of the Duma parliamentary journalists gave him the nickname "Elvis the collective farm". Despite Semigin’s complete lack of talent for public speaking, he had enormous ambitions for power coupled with rather big capitals, put together in the shady economy of the early 1990s.

In 2002 Vladimir Lukin and Gennady Semigin were fighting over the position of the Director of the Institute of Comparative Political Science. Lukin, who was better known in political science community, presented a reasonable program of the institute’s development and promised to get grants. But the Russian Academy of Science voted for Semigin.

Thus Semigin quickly received dividends from spending his money on publishing New Philosophical Encyclopedia. In fact, the list of academics and associate members in philosophy, sociology, psychology and law branches of the Academy matched the list of authors and managers of the encyclopedia. Thus the council members had every reason to support their employer. That was why Semigin defeated Vladimir Lukin so easily and with such a wide margin. Among those who voted for Semigin there were most academics who had received grants and commissions from Semigin’s Research Center.

At the end of May 2004 Gennady Semigin was expelled from the Communist Party. The party’s leader, Gennady Zyuganov, repeatedly voiced accusations against Semigin, called him "the Kremlin mole", alluding to Semigin’s involvement with the presidential administration. Zyuganov also suspected Semigin of intentions to "privatize the party", that is, to seize the power levers inside the Communist Party by bribing the Communist Party regional committees. Communist Party leader prohibited Semigin to finance the party through the regional structure of the People's Patriotic Union of Russia, but he ignored the request. The list of claims to Semigin also includes an initiative to withdraw Zyuganov's candidacy from participating in the presidential race.

In 2003-2004 Semigin failed to takeover the Communist Party and to be nominated from this party as a candidate for presidency. The businessman did not establish a party of his own from scratch, but instead talked Sergei Khramov, trade unionist, into renaming the Labor Party into Patriots of Russia saving presidency for himself.

"Semigin is a black raider in policy, who specializes on taking over parties and factions established by other people, and for that he often resorts to illegal means. He usually takes parties over through the administrative and financial resources. He is not always a success, but until now he has been supported by government agencies and has large funds", said Oleg Kulikov, a member of the State Duma, and secretary of the Communist Party on information and analytical work.

Semigin was a key financial donor of the Communist Party of the Russian Federation (CPRF). CPRF's regional branches received principal sums of money as credits. Many believed the credits were pure formality and Semigin, being a member of the party, would never demand repayment. However when Semigin was voted off the party it was CPRF that paid the bill. In fact the party repaid the credits which had been used by Semigin's fraction which splitted off with its leader. Officially the borrowings were made by the regional committees [local branch headquarters] of the CPRF, but de facto other people used the funds. Semigin went to justice to bring back money. He gave 1 million roubles to each region.

In December 2006 Communist Party members of the Duma, led by Semigin, moved to Rodina fraction (Motherland-National Patriotic Union, which included such left wing groups as SEPR-United Socialist Party of Russia, The People's Will and Patriots of Russia). He displaced Sergey Baburin, the fraction's leader, and took his place. Baburin said that Semigin carried out a successful raid. Later Baburin and a few other members left the fraction.

In December 2007 members of canvassing team held a rally in front of the office of Patriots of Russia Party, demanding to pay wages which they had earned during the campaign. About 20 canvassers participated. They brandished flags of the party which cheated them and held up placards: «Where is our salary?» and «Give us our money!».

According to the participants of the rally, Patriots of Russia paid only half of the wages to about 2 thousand citizens involved in the campaign. The average wages of a canvasser  who worked during the campaign in March is 4.500 roubles ($ 150).

In January 2011 Republican Bank addressed an opened letter to Patriots of Russia Party and demanded to liquidate the debt for 2009 as soon as possible. The bank claimed that December 2009 had been due date, but the debtors have been skulking and have not replied to the bank.

The loan was secured by Semigin’s stake in Yurconsaltingaudit close corporation. In tax return for 2007 Semigin claimed he was a shareholder of the company and had 49% of its shares.

In 2004 Farn-trade company bought a land plot in the west of Moscow for development. Shareholders, two large building companies (the project's contractors) and Russian Commerial Bank have invested in the project, but it seems they will lost their money. As for now even the foundation is not laid.

Gennady Semigin benefits from Farn-trade which have sponsored his political campaigns through umbrella companies. We may assume that at least part of the shareholders and partners' money went to Semigin's political projects.

Piksin and Partners legal advice agency pointed to the report of the Central Electoral Commission of Russia which states that in 2009 bank accounts of Patriots of Russia party were replenished by 10 million roubles ($0.34 m) from Farn-trade and 6 million ($0.2 m) from Yurconsultingaudit.

On April 1, 2011, Moscow’s Arbitrage Court has allowed an appeal of Russian Commercial Bank to Farn-trade and ruled that the company has to fulfil its financial liabilities and pay off the loan which the bank granted for the residential building construction project in Kastanayevskaya Street.

Farn-trade appropriated the money which investors put into the project during 6 years, instead of financing building works. The residential block became the subject of a series of appeals in different courts. In all these trials Farn-Trade management was the party which had to answer. The management raised money from the companies and private investors, but in fact the building works are still on initial stage.

A lawyer from Piksin and partners legal advice company said the court ruled to oblige the company to pay off the whole sum of the loan.