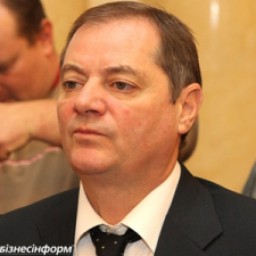 Gennady Vasiliev was born on 3 October 1953 in Donetsk. In 1976 he graduated from Kharkov Law School. Vasiliev served in Donetsk region prosecutor’s office and Prosecutor General of Ukraine’s office.

Since 1994 he has been a people’s deputy in Ukraine.

He has a PhD in law and is a State adviser on law. His PhD thesis concerns economic law. Vasiliev has the title oh honourary employee of Ukrainian prosecutor’s office and the title of honoured attorney of Ukraine.

Vasiliev’s career began with providing protection to the business of a Donbass region crime boss Akhat Bragin a.k.a. Alik Grek. Soon he joined in and took up hostile takeovers with the assistance of Bragin’s gunmen. They used a most easy scheme: prosecutor’s office forced companies to add Vasiliev’s men to the list of company founders who over time reregistered the businesses as owned by them.

In late 1990s Vasiliev was a regional prosecutor. For one of his projects he totally neglected part of the Gospel that says, “is easier for a camel to pass through theeye of a needle, than for a rich man to enter into the kingdom of heaven”, and decided to build a church, church of Holy Virgin's Protecting Veil. Next to the church he built a market. However, Vasiliev was not eager to spend his own money, as usual. They say, out of all school-taughed maths rules Visiliev, now a vice-speaker, only managed to learn how to subtract and devide. So, the construction works funding was provided by Donetsk region prosecutor's office that for that purpose set up a panel headed by Rafael Kuzmin, advisor to the region's prosecutor. The panel devised a scheme to con region’s deep-pockets into allocating the needed funds. After the money was received, the co-founders’ names were taken off the founders’ list, which was not the first time the sceme was used.

Vasiliev earned quite a fortune while working at the prosecutor's office. In 2008 Korrespondent news agency estimated the people's deputy fortune at $1.66 billion. Vasiliev ranked 16th on the list of Ukraine's richest people.

In Ukraine Prosecutor General's Office Vasiliev urged to “close once and for good” the criminal case over the murder of Georgy Gongadze, the journalist, and initiated a case against Yulia Timoshenko for an attempt to bribe judges of the Supreme Court of Ukraine.

A few months after Vasiliev left the Prosecutor General’s position, his former subordinates initiated a criminal case against their former boss over abuse of office. Furthermore, Prosecutor General’s office decided to take a closer look at Vasiliev’s participation in 2004 attempt by the office officials to conduct a hostile takeover of 1700 hectaires of land in Kagadyn district of Kiev region that belonged to corrective labour colony no. 115.

However, none of the cases initiated against Vasiliev ever reached a stage of court hearing.

Gennady Vasiliev and Viktor Nusenkis formed a business tandem in the early1990s. In 1992 Nusenkis established Energo group of companies encompassing most of his assets. All that time Vasiliev considered himself to be a fully fledged partner of Nusenkis in that business. Still, his role was a passive one. He was required to do much less than he got in return from Energo which he protected using the prosecutor's office powers.

In 2011 Vasiliev decided to prove that his protection services gained him 50% of shares in Energo.

In order to do this he made Konstantinos Papunidis his accomplice. The man was the nominal owner of Nusenkis's shares in a number of offshore companies. After a short but very persuasive talk, Papunidis agreed to promote the interests of Vasiliev and announced in 2011 that he was more than a frontman, he was the actual owner of the entities of the coal oligarch. A Cypriot court ruled to freeze Nusienkis's assets based on a claim by Vasiliev. Under the oath in Cyprus, Papunidis claimed that the former Prosecutor General should be the owner of 50% of the business hinting to an alleged oral agreement, even though it was never signed into any official document.

The court in Nicosia, Greece, accepted the testimony and forbid any regulatory transactions concerning any legal entities that are part of Energo.

Vasiliev resourted to some of his connections and, using the court ruling and  putting preasure on Donetsk prosecutor's office, ensured the initiation of a massive audit of entities within Energo including demands for document seizure and interrogation of staff. The prosecutor's office employees were especially eager to get hold of articles of incorporation. Vasiliev aslo used his administrative connections and ensured that State Comission on Securities issued an order banning all trading operations involving shares of an Energo entity, Donetskstal, for 12 months. Vasiliev aslo came to a number of banks in person and gave them false information. This resulted in the fact that Energo was denied low interest rate loans on several projects. A stall in funding led to losses of over $265 million.

Vasiliev was going to use the same ways in Russia. But while he was going back and forth from Ukraine to Russia or Greece and back, Nicosia court looked closer at the evidence and lifted the arrest imposed on the corporate rights of a number of non-resident legal entities, including companies of Finest Trading Co Limited, a shareholder in Donetskstal metallurgical plant.

The battle reached a new level. Rudnichny interdistrict investigative department  of the Invesigative Committee of the Russian Federation, namely investigator Valentina Matveyeva,  initiated a criminal case under article 201 of the Criminal Code, claiming illegal actions targetted at Salesi Investments Limited and Indtec Finance B.V. Such actions of the law enforcement agency can be viewed as an attempt to protect the two raider companies.

It is obvious that investigator Matveyeva thus cleared the way for the raider companies to target Zarechnaya mine.

Kemerovo region Arbitration court also makes puzzling strikes. Judge Andrey Dushilin and judge Elena Kulebyakina ruled to grant interlocutory injunctions and to freeze asssets of Nusenkis in Russia. The document that Kemerovo region Arbitration court used as the basis for such a ruling was a ruling by Nicosia court, at that time already cancelled.