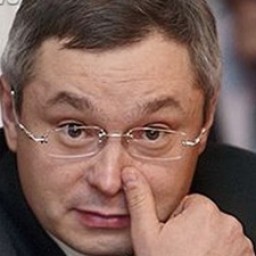 He began his career in 1990 working at the Central Economics and Mathematics Institute of the Academy of Sciences. From 1991 to 1993 he was an adviser of JSC "Concern Alpha". In 1993 he was appointed a deputy chairman of the bank's credit operations at RI “Investbank” and in 1994 became the Chairman of the Board of JSCB "Krossinvest”. In 1995 he was the financial director of AOZT "Alfa-Eco”.

In 1999, Gleb Fetisov became the president of the company “Alfa-Eco” and in 2001 he joined the Board of Directors of “VimpelCom”. From 2001 to 2002, he was a member of the Federation Council of the Voronezh Regional Duma for economic policy. In 2002 - the representative of the Federation Council of the National Banking Council. In 2007 he became the chairman of the Committee on Financial Markets and Currency Circulation. In May 2009, he resigned as a senator as he became the head of the commission of the "United Russia" on Crisis Management.

Fetisov - a specialist in economic policy, monetary and foreign exchange regulation, regional economics, history of economics, banking management, banking analysis, restructuring of credit institutions, the theory of credit and lending practices. In 1998 he defended his thesis for a degree in “Finance, money circulation and credit”. He studied in the U.S. at the program of the World Bank. In 2003 he defended his doctoral thesis on "Stability of the banking system and the methodology of its assessment”. In 2003, he was awarded the degree of Doctor of Economic Sciences by the Higher Attestation Commission. In 2007 he was

awarded the academic title of Professor of macroeconomic regulation and planning by the Higher Attestation Commission. He is a regular author of publications in Russian mass media reports on the activities of the Central Bank, banking supervision, issues on improving the stability of banking system, budget process, inflation, the consequences of Russia's accession to WTO, legislative activity, economic growth and development prospects of various sectors of national economy, scientific and technology progress. He was the research advisor of a five-volume "World economic thought. Through the prism of centuries”.

Gleb Fetisov - one of the co-founder and owner of a non-controlling share of OOO “Superfon”.

Today Gleb Fetisov is the owner and the chairman of the board of directors in the financial and investment group OOO "My Bank" (this group includes OOO "My Bank", OAO "My Bank. Novosibirsk” and the former “BashEkonomBank”, renamed to OAO "My Bank. Ipoteka” (Mortgage). With a fortune of $ 1.6 billion, he occupies the 42nd place in The Hundred Richest people in Russia in Forbes magazine rating 2010.

In the mid 90-s Gleb Fetisov represented the interests of OOO “Alfa-Eco" and turned out to be in the center of corporate conflicts. A conflict with Trans World Group can be regarded as one of these episodes. In December 1996 Fetisov was appointed an external manager at the Achinsk Alumina Refinery, the main supplier of raw materials at the Krasnoyarsk Aluminum Plant (KrAZ) and a year and a half later a lawsuit was prosecuted on initiation of bankruptcy proceedings against KrAZ which was owned by Trans World Group. In addition, "Alfa-Eco" demanded immediate imposition of external management on the aluminum factory, intending to appoint an inside man to the post of a manager at KrAZ. Credentials of Gleb Fetisov as an external control manager of alumina refinery were repeatedly disputed by the representatives of Trans World Group. Several times Fetisov was expelled from Achinsk Refinery, but he came back, supported by the police forces. As a result, only after a representative of "Alpha" was removed by judicial procedure, Achinsk alumina refinery managed to sign a settlement agreement with its creditors.

In 1998, shortly before the start of his political career, Gleb Fetisov came to the attention of law enforcement - he was faced charges of abuse of official position (he was an arbitration administrator then) in the bankruptcy of JSC “Achinsk Alumina Refinery” (hereinafter referred to as Refinery). But the criminal case wasn’t brought to the court: as directed by the prosecutor of the Krasnoyarsk Krai, it was stopped. Charges of Fetisov in the crime were based on the testimony of Nail Nasyrov, the former arbitration manager of OAO “Achinsk Alumina Refinery". On July 30th 1998 Nasyrov was appointed an arbitration administrator of the Refinery, replacing Fetisov on this post, and he faced the opposition from the former management: as directed by Fetisov, the General Director of the Refinery, Vadim Kucharin illegally exported documents from the territory of the Refinery instead of passing them to the new manager. At the same time, the team of auditors had examined the economic activity of the Refinery for the period of the external management exercised by Gleb Fetisov and concluded that many transactions made by Fetisov and Kucharin were contrary to the law. For example, the equipment of the plant was implemented for the benefit of "Alfa-Eco”, whose interests were represented by Gleb Fetisov, at a price below book value, the majority of the objects were sold at a price of 1 ruble. De facto Fetisov gave “Alfa-Eco” a significant part of the produced plant production, despite the difficult economic situation, which plant had. Conducted by Gleb Fetisov the transfer operation of the basic production funds belonging to the Refinery to the property of "Alfa-Eco” resulted in the Refinery loss of 21.45% of its assets at the total book value of 1,255,299,455 rubles including denomination or 16,97 % of total assets of the Refinery. Fetisov was accused of fraudulent contracts of novation which led to the original debt of the Refinery as for the loan agreements with “Alfa-Eco" increasing almost four times. Fetisov, instead of spreading assets among the creditors, passed them to “Alfa-Eco" as a repayment of artificially inflated accounts receivable.
Source: www.skandaly.ru from 05.04.2005

In 2004 it became known that Gleb Fetisov was the co-owner of the company Alfa Telecom – the offshore, where telecommunications assets of “Alfa-Group” were concentrated. At the same time the interest of Fetisov to the telecommunication projects examined by the Duma became quite evident. Despite the fact that, he was engaged in the financial markets in the Federation Council, Fetisov actively participated in the discussion of the new law "On Communications". In particular, he encouraged the auditors of the Accounts Chamber to treat the identified violations in “Svyazinvest” stricter. Gleb Fetisov himself denied his involvement in any business, including telecommunications.
Source: “Vedomosti” № 152 from 25.08.2004

In 2004 the media reported that the head of “Alfa Group” Mikhail Fridman was dissatisfied with the work of "their" representative in the Federation Council - the President of the company “Alfa-Eco" Gleb Fetisov. Ostensibly, Gleb Fetisov didn’t fulfill his tasks and failed a number of strategic projects of "Alpha-group", which he had to lobby using his Senate seat. The Fetisov main defeat was called his fight for the airport "Sheremetyevo-2" - "Alpha-group" was going to get the airport in asset management and Fetisov had to lobby the interests of the company. But Fetisov did not perform this task and, as a result, "Alpha" received only a part of the airport. In this regard, Mikhail Fridman tried to initiate a scandal, where he again needed the help of Fetisov, but here the senator was useless.

Another failure of Fetisov occurred during the examination of the law "On communication" by the high chamber of the State Duma. Fetisov had a task not to prevent the ratification of the law, many provisions of which did not suit Michael Friedman, who had a fairly significant assets in the telecommunication business. In 2003, Fetisov, along with the deputy Leonid Majevsky were the authors of the amendment to the new law, which amounted to the fact that universal service should be financed from the federal budget, rather than by operators. The deputy of the State Duma Maksim Korobov was against. The amendment of Fetisov failed.

Fetisov was unable to prevent the ratification of the law "On Advertising" adopted by the State Duma,the law seriously limited the advertising of beer. “Alfa-Eco" at the time bought a 15% stake of one of the largest producers of beer - Company SUN Interbrew and the adoption of “antibeer" law would bring the company to a serious loss and would affect the plans to acquire a controlling stake of the beer group. Actions of Fetisov were not then a success - the law was adopted. The reasons for the defeat of Fetisov were his inability to choose allies and the tendency to rely on outsiders, for example, on Leonid Majevsky.
Source: "Novaya Gazeta" from 16.08.2004

In 2010, Gleb Fetisov was trying to get control over the French edition of Le Monde, but failed. The vice-President of the Guild of Periodical Press Publishers Vasily Gatov said that Fetisov's statement about the possibility of purchase of Le Monde is nothing but a PR campaign. According to him, the desire of Fetisov to own an edition to the business has a mediocre attitude, because from the viewpoint of economic benefits, it was a doubtful operation - the acquired assets were clearly unprofitable. Some analysts suggested that it was an opportunity to enter the business elite of the country for Fetisov. According to General Director of the United Media Holding, the president of the Guild of Periodical Press Publishers Alexander Strakhov, the purchase of this asset by Gleb Fetisov was planned on behalf of certain "higher authorities"
Source: www.vz.ru on 06/23/2010, the magazine "Dengi” № 28 (785) from 19.07.2010