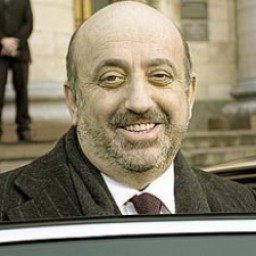 In 1999, The Times magazine portrayed Grigori Loutchansky as the head of a Russian criminal organization, involved in smuggling nuclear weapons and money laundering.

Loutchansky, who is an international businessman, began libel action against The Times. The Times was unable to identify sources of their information, while the documents, The Times presented to court, were obtained after the articles had been published and could not be considered the evidence.

There were the Home Office’s characteristics of Loutchansky, and the letter of the US Department of State to American ambassador in Israel among the documents, on grounds of which Loutchansky was denied the US visa.

In April 2001, London’s High Court ruled in favour of Loutchansky. The Times was also unsuccessful in its appeal to the European Human Rights Court in Strasburg. In 2009, the court turned down The Times’ claims.

Russian-born businessman Grigori Loutchansky sued The Times for publishing defamatory articles about him.

Forest Hills has been identified by the FBI as a major center for both the Russian-Israeli Mafia and Mossad and it is a place where the two interests often cooperate. In 2002, operation Spiderweb, a joint FBI-EUROPOL operation, resulted in the arrest of 20 Russian-Israeli dual citizens on charges of money laundering. The laundering primarily involved the Bank of New York (BONY), the Russian bank Menatep, and an ‘Internet bank’ called the European Union Bank. More importantly, the money-laundering network also included Benex, a firm connected to Bill Clinton-pardoned Mossad figure Marc Rich. Benex’ office was located on Queens Boulevard in Forest Hills in the same building where Grigori Loutchansky headquartered two of his companies. Loutchansky is a Latvian-born Israeli who laundered billions through his Vienna-based NORDEX firm. National Security Agency (NSA) signals intercepts have reportedly yielded intelligence on Loutchansky’s role in the smuggling of nuclear materials. Forest Hills was also the hometown of international diamond dealer Yehuda Abraham, convicted in a plot to smuggle surface-to-air missile launchers from Russia into the United States, a mere four months after 9/11, and launder the proceeds from the deal through Malaysia.

In 2011, during New Wave festival in Yurmala, Latvia, Russian pop-song composer Igor Krutoi and businessman Grigori Loutchansky, who was once a business partner of Elena Baturina, stayed in a tiny boutique hotel called TB Palace. It has only four rooms, and each cost 820 euros per night, if you book well in advance. For the period of New Wave, Loutchansky booked all four rooms.

Former restaurant singer Grigori Leps said in an interview that there was a whole group of people who helped him to become popular. “They did not spare money or afford. I could not have become a popular singer without their help. They are Umar Bokov, one of my close friends, and Grigori Loutchansky, a senior partner in their business”.