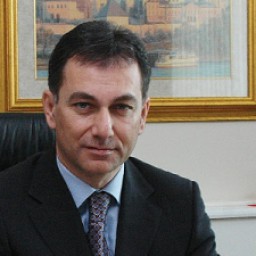 Igor Avanesyan was born on 30 January 1953 in Pyatigorsk. He finished high school with honours.

From 1970 to 1975 he studied at Moscow Institute of Petrochemical and Gas Industry (now the Academy of Oil and Gas) and received Lenin scholarship.

From 1976 to 1984 he worked in the All-Union Association Soyuzgazeksport while training further at the Academy of Foreign Trade. In 2003 he graduated from the Graduate School of Financial Management at the Academy of National Economy under the RF Government.

From 1984 to 1989 he was a plenipotentiary representative of Soyuzeksport in the Federal Republic of Germany.

Since 1989 he was CEO at Petrokam JSC, a petrochemicals company, the first USSR entity with foreign investments.

Since 2001 he was CEO at United leasing company Center-Capital CJSC.

Since 2002 he was CEO at TNGK LLC engaged in oil deposits exploitation.

Since 2002 he has been CEO at Eurooil Management CJSC that provided managerial serviced in oil extraction and petrochemical sphere.

He is a member of the board of directors at a number of oil companies and at Zenit bank, and a member of the supervisory board at Ak bars bank headquartered in Tatar region.

Avanesyan is married and has two daughters.

The story began back in 2001, when YuVGK and the bank signed a loan agreement. As loan collateral the bank received 30% of YuVGK shares owned by Celtic. Later they fell under trust management by the bank. In 2002 the bank handed the shares over to Golden Invest Corp. and Davenport Ventures Ltd, two offshore companies headquartered in the Caiman islands. In the same year the deal was challenged in a Caiman islands court. Celtic claimed the certificates proving ownership of the shares had been misplaced and initiated procedures to restore its rights. In 2005 Celtic filed law suits to a number of European courts. For instance, the High court of British Virgin Islands prohibited the two offshore companies to alienate the 30% stake in YuVGK the bank owned as collateral.

Celtic became even more active in initiating court proceedings after it found out that IGALROSA sold Yakut mining company Polyus CJSC to a subsidiary of Norilsk Nickel. The Irish entity believed that IGALROSA sold far more than 50% in YuVGK, rather 80%. Another negative factor was that Celtic was considered the main claimant of gold mines owned by IGALROSA that the latter sold along with Polyus.  The Irish entity signed a deal with Canadian Barrick Gold Corp. which bought 10% in Celtic and an option to buy 51% of Nezhdanensky.

"We believe that Zenit bank abused its rights as the trustee”, says Celtic. “In this regard we demand either to return YuVGK shares or to pay out compensation equal to the market price of the sold equities". Zenit spokesman was out of reach for comments.

In 2006 analysts claimed that relations between NMLK and Zenit are not transparent enough. They regarded Tatneft as the dominant owner, capable of introducing additional risks to the bank’s activities, but also to assist financially if needed. Representatives of four entities linked to NMLK were on the board of directors in the bank.

According to NMLK, neither it, nor people affiliated to its key shareholders were co-owners in Zenit, and Zenit board of directors members linked to them were independent members who were on the board due to long-term business partnership between the two entities.

In 2007 Igor Avanesyan, a Zenit board member,  sold Vladimir Lisin, the owner of NMLK, a 14.4% stake in the bank. The deal was concluded between two offshore companies, Silener Management Ltd. representing the interests of Lisin and Haltmar Financial Ltd. representing those of Avanesyan. Lisin becoming a Zenit shareholder came as no surprise for market participants. Long before that they have been sure that NMLK affiliates were Zenit co-owners.  In June 2007 NMLK announced a sale of 50.08% stake in Lipentskkombank to Zenit. A Lipentskkombank shareholder, Libra Capital, used to be one of Zenit shareholders.  Vyacheslav Fedorov, board chairman in Lipentskkombank, was a member of Zenit board of trustees. Avanesyan retained his position as member of the bank’s board of directors.

It is unlikely that in Tatar region anybody except for experts heard about Avanesyan, Anton Bolshakov, Maksim Demin, or Karpenko who co-owned Ak bars, the largest bank in the region. Some of them were also co-owners of Zenit bank established in 1994 by Tatneft.

Furthermore, three of the mentioned businessmen were top-managers in affiliates of Tatneft and its divisions.  Up until 2005 Maksim Demin was the aide to Tatneft CEO. Igor Avanesyan headed Petrokam and was on the board of directors of the entity, 50% in which was owned by Tatneft. Avanesyan was also on the board of directors in Zenit bank and on the supervisory board of Ak bars bank, Tatneft being the shareholder in both of the companies.

В 2008 mass media reported that Ak bars, the major bank of Tatar region, had new shareholders. A package of almost 30% came into the ownership of Aleksey Sokolov, co-founder of Zenit; Igor Avanesyan, member of Ak bars board of directors; Anton Bolshakov, and Maksim Demin, his share estimated at 7.3%. These men “have been and will be closely linked to the region”, said the official statement of the bank. Bolshakov, Avanesyan, and Demin had stakes in International PetroChemical Growth Fund that until 2011 was the largest Zenit shareholder, but later was closed down.

In 2010 Igor Avanesyan ranked 332 in the list of the richest Russian businessmen. His fortune was estimated at 0.2 billion dollars.

Central Bank published a renewed list of banks that the regulator had sent authorized representatives to.  The list included UniCredit-bank, Uralsib, Zenit, Petrokommerts, and Nomos-bank. The representatives were sent to the mentioned banks due to the Ministry of Finance injections into the entities.  “The Ministry of Finance has already placed about a trillion dollars into the banks and asked us to monitor credit risks of the banks that are most active auction participants, and thus we sent representatives to the banks”, specified a Central Bank insider. According to the source, as soon as the loans are paid out, Central Bank representatives will leave the banks. The liquidity amounts the ministry provided to the banks may be compared to zero rate loans it issued to various banks during the crisis. According to Central Bank, the ministry deposited 6 billion rubles in Zenit.