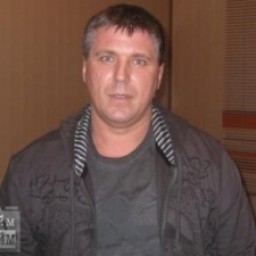 Igor Glaznev was born on October 5, 1962. His way to the “thieves' crown” began in 1982 with a sentence of a military court of the city of Alma-Ata of the Kazakh Soviet Socialist Republic. The future authority was sentenced to 4 years in prison for commission of malicious hooliganism.

In 1991 in Kaliningrad, Glaznev was accused at once of five articles of the Criminal Code —theft, robbery, robbery with violence, and fraud. He was sentenced to 10 years of a colony of a high security.

On March 6, 1994, while Glaznev was serving the sentence in one of colonies of the Arkhangelsk region, he got a getaway and didn't come back. Then during one and a half years, he was wanted but it didn't prevent him to conduct vigorous criminal activity.

Glaznev was detained in Moscow in August 1995 for capture of the hostage and repayment requirement for his release. Glaznev had then a passport in the name of a native of Leningrad Vladimir Razumovsky (hence his nickname).

On January 17, 1998, authority of Kurgan criminal gang Oleg Nelyubin was found dead in the ward of Moscow pre-trial detention center No. 1 “Matrosskaya Tishina”.  He died from multiple head injuries. The working group set up to investigate the incident, came to the conclusion that Igor Glaznev, who had been in the same prison at the time of the murder, could be related to organization of the crime. But they failed to prove Glaznev's guilt since the blame of the death of Kurgan authority was taken by one of the persons under investigation accused of series of murders.

After elimination of Nelyubin sentenced by the criminal world for the murder of a number of thieves' authorities, the career of Vova Pitersky went sharply uphill. In April, Preobrazhensky District Court of Moscow sentenced Glaznev to nine and a half years in colony of high security. He was transported to the Republic of Komi, where he was maintained by a local kingpin named Pichuga. In January 1999, in Syktyvkar, two residents of Moscow were detained. They arrived to Glaznev and brought him a long-awaited letter from Moscow thieves about positive decision of his case. A year after the murder of Oleg Nelyubin, Igor Glaznev declared himself thief in law.

In Moscow, the police detained Vova Pitersky again. That time he was caught red-handed stealing food from the supermarket. Previously he had always been cautious, but at the time he committed the crime within sight of police investigators, who all the day were conducting covert observation over him. Having done shopping in the supermarket “The seventh continent” at the corner of Arbat and Smolenskaya Square, Vova Pitersky passed by the cash desk without having paid the stuff  worth a total of 15 thousand rubles.

In the last month, Glaznev have become a hero of police reports for three times. On March 6, he was arrested in Noginsk District together with a kingpin Georgy Sorokin (Zhora Tashkentsky), and on April 2 he was detained together with the thief Alexey Zabavin (Zabava). In both cases, Vova was released, but on Wednesday, the chain of random arrests was broken.

In Moscow region, the thief in law Vova Pitersky is detained. The criminal authority was caught by the militia with 26 grams of hashish. Last time Vova Pitersky was caught for theft of products. Before that he was suspected of the murder of Kurgan authority Nelyuba.

The Lublin district court of Moscow under the chairmanship of the judge Bogdan Vasilyev passed a new sentence on the revised criminal case of the thief in law Igor Glaznev (Vova Pitersky) accused of robbery, made by organized group, illegal imprisonment, and intentional infliction of serious bodily injury resulted in death of the victim.

According to investigators, Vova Pitersky together with the thief in law Shalva Honsky kidnapped the Moscow businessman Kruzhalenko and tortured him to death, demanding to reregister on them his shop of bathroom equipment.  The initial sentence on this case, pronounced by the judge Raisa Ivanyutina on April 19, found Glaznev guilty as charged and deprived of liberty for 15 years.

But it was found out that in 2007 the same judge judged Glaznev's two accomplices on this case and so under the law, she had no right to preside over his personal process.  This legal norm became the sufficient basis for cancellation the previously pronounced sentence in Moscow City Court and sending the case for revision.  As a result, Vova Pitersky's lawyers managed to knock off his sentence by a fifth.  Now the thief in law has 12 years of the strict treatment instead of 15 years of special regime.

The Glaznev’s sentence was cancelled.  He was catch with drugs. He was kept in the Moscow pre-trial detention center N 1.  In the three years, all significant processes had passed through the Pitersky’s ward in “Matrosskaya Tishina”. People from Petersburg, Ural, the Far East, Altai were brought there  for rolling by Pitersky.  There was Marat Polyansky even from Spain.  Dozens of confessions and surrenders were received with the help of Pitersky. The case with the fighter of Orekhovskya organized criminal group Polyansky, a personal bodyguard of the Orekhovskya gang leader Sergey Butorin, is especially remarkable.

For security, his wife was delivered together with him (he had had a casual affair and married in Spain to the worker of prison).  His wife was placed under control of a girlfriend of Pitersky who monitored each movement of Marat’s spouse.  After Polyansky executed all what was demanded from him, they brought his childhood friend Oleg Pronin, on whom Marat testified under the influence of Glaznev.

There were a lot of similar moments.  It is especially important that Pitersky patronized those who killed thieves in law.  In February 2009, Alik Sochinsky died.  The murder was committed with Glaznev's sanction.  That case wasn’t unique.  That was over the top even in the criminal world.

To avoid being immediately and cruelly murdered even in the prison (if not yet in the paddy wagon), killers referred to Pitersky as he had permitted. Such is “the code of thief in law”. That’s the limit even according criminal concepts.