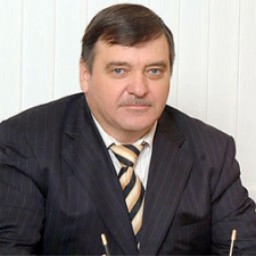 Bio:
Igor Putin was born on 30 May 1953  in Leningrad. His father Aleksandr Putin is a brother of Vladimir Putin's father. In 1974 Igor Putin graduated from  a car engineers' training school in Ryazan. In 2000 he graduated from the Volga-Vyatka Academy of State Service. In 2003 he graduated from  Moscow Institute of Economics and Law, having acquired a profession of  lawyer  and  motor and tractor engineer.
In 1974-1998 he served in the army in Ussuriysk, Central Asia and Kazakhstan.
In 1998 - 2000 he worked as chief specialist and deputy chairman of Ryazan Regional Statistics Committee.
In 2000- 2005 he chaired Ryazan Regional Licence Chamber.
In 2003-2005  he headed  security department of Gazenergoprombank.
In 2005 he was elected chairman of   Samara Tank  Plant that produced tanks for oil and petroleum products.
From May 2007 to May 2011 he was a board member of Industrial Commercial Avtovazbank corporation.

In September 2010 he became vice-president of Master-bank responsible for  general business  and joined the board of directors of the bank. In December 2010 he resigned but in March 2011 he  was invied to the bank again.
In December 2010 he  headed  Surguttruboprovodstroy  pipe construction company.
Igor Putin is married to Angela Putina. It is his second marriage. By his first wife he has  son Roman  born in 1978,  now  FSB security officer and security adviser to the mayor of Ryazan.  By his second marriage he  has two minor children, a daughter and a son.
Source: Sovershenno Sekretno

In autumn 2010 Master Bank, well-known due to the  fact that it serviced  Kremlin officials through front holders, invited Igor Putin as vice-president. Owner of the bank and chairman of the board of directors Boris Bulochnik planned to use Igor Putin's connections to  expand affiliate  and ATM networks of the bank, but he did not say it openly.  Instead, an advisor to the chairman of the board publicly complimented  Igor Putin's ''professional skills''.  The board management declined to specify  which exactly professional skills Putin had.  Russian banking experts believed that Putin's work for Master Bank  was nominal.

It shortly became clear that increase in ATM's was not enough for Master Bank. At the end of September owing to  Igor Putin's connections the bank won  a right to hold investment funds of  RosNanotech state corporation and to service and settle corporation's accounts.

In December 2010, a week before Igor Putin quit Master Bank and joined  Surguttruboprovodstroy  he  consulted the president about his career. The president supported his idea to ​​change occupation. Soon after Igor Putin had quit  Master Bank  the bank ran into troubles. At the end of  December  bank offices were searched in connection with   fraud case opened against a criminal group that for a long time had been illegally cashing  money. According to investigators, in 2010 the group  illegally cashed more than 1 billion rubles. In March 2011  in the course of investigation employee of the bank Mary Tevanyan was accused of illegal banking activity and money  laundering.

In March 2011 Igor Putin was back to  Master Bank    five days before Tevanyan was accused of fraud, however his return was announced  only  four days after she had been indicted. That interval was supposed to cover interests of "St. Petersburg clan". Igor Putin deliberately distanced himself from the case, as he preferred to cut the deadwood and to get rid of his employees caught stealing.

Nevertheless,  on 15 March  2011 he made public statement.  He denied faults of bank employees and claimed that "unlawful persecution'' was caused by intrigues of   East Line company. So Igor Putin was a pawn in a scheme made, most likely, by Vladislav Surkov who sought to drive owners of  Domodedovo airport out of business and buy the airport for a nominal charge. Therefore in autumn 2010  Master Bank delayed withdrawal of   East Line's  assets deposited in the bank  and announced an attempt of lawful owners to get their money to be an attempted scam.