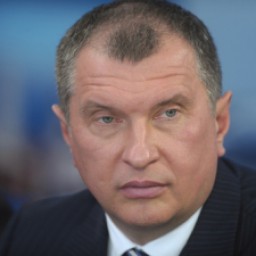 Igor Sechin was born in Leningrad on September 7, 1960.

1979-1984 He studied at Leningrad State University. Sechin holds a degree in Romance philology. He is qualified as a teacher of French and Portuguese.

After he graduated from the University he worked in Mozambique as an interpreter for Tekhnoexport foreign-trade enterprise. According to the reports, the firm exported weaponry in Angola and Mozambique.

1988-1991 He worked for the department of sister cities of foreign economic ties directorate of Leningrad Soviet of the People's Deputies (city government).

1990 He got to know Vladimir Putin

June 1991 - June 1996 He joined the Saint Petersburg mayor team as an official in the department of foreign relations of the mayor's office.

In spring 1997 he headed chief inspection directorate of the Presidential Department for Asset Management.

1998 He was appointed head of Putin's office. According to some report, while Putin occupied the position of head of the FSB (appointed in June 1998), Sechin was his advisor.

In February 1999 he was recommended to the board of directors of state company Rosneft. On July 27, 2004 he was elected the chairman of the board.

12 May 2008 He was appointed as a deputy prime-minister of Russia.

12 December 2008 Head of board of directors of JSC Inter RAO UES.

In August 2008 he headed the governmental commission for oil and gas industry, sustainability of natural resources and energy effectiveness.

Medal of Honour for Services to the City of Moscow (2010)

According to some reports in the media, Sechin has a many-billion fortune. However the annual income of Sechin in 2010 was 4.278 m roubles ($ 0.15 m), according to the publisized tax return. Sechin has 2 land plots, a country house, shed, city apartment, garage and automobile.

He is married. He daughter Inga gave birth to his grandson.

In 2003 the tape scripts of the alleged recording of telephone communications between head of Rosneft Sergey Bogdanchikov and head of the office of Russia's President Igor Shuvalov appeared on the internet. The interlocutors discussed with Stanislav Belkovsky, a political expert, possibilities and chances of picking on Khodorkovsky. Political ambitions and plans of the oligarch filled the Kremlin with apprehension.

Sechin was reported to have been able to show whatever he wanted to the President. Some believe it was Sechin who brought in a report of the Council for National Strategy think tank. Published in May 2003 by Stanislav Belovsky, the report “Russia faces the oligarchs’ takeover” dealt with the internal affairs of Russia. Some analysts say the report was part of a “smear campaign” against head of YUKOS company Mikhail Khodorkovsky. They claim that anti-oligarch report of the Council was initiated by the siloviki group (high-ranking former officers of the KGB and other security agencies), namely Sechin’s group and the group of the then Prosecutor General Vladimir Ustinov.

In 2003 a struggle between two factions inside the Kremlin - «old-timers» (led by head of the Staff of the President Aleksandr Voloshin) and «new-comers» (led by Sechin) - was in the focus of attention. Voloshin was reported to back Khodorkovsky. Late in October 2003 he resigned after the arrest of Khodorkovsky. Sechin, an alleged “eminence grise” behind all what happened, did not leave his office, Dmitry Medvedev appointed to Voloshin's post (head of the Staff of the President).

Sechin was deeply involved in the economic policy of Russia. In 2003 he counteracted the attempt to carry out governmental reform of Gazprom holding, the company supervised by Medvedev.

Some analysts claimed that Sechin and president of Rosneft Sergey Bogdanchikov stood up for the criminal prosecution of YUKOS oil-company. On September 2, 2003, Gleb Pavlovsky, head of Foundation for Effective Policy think-tank, publicized a memorandum in his Russian Magazine. According to the paper, Bogdanchikov and Sechin were in charge of the YUKOS case. There were reports, that at the same time in 2003 Sechin offered Mikhail Kasyanov to support the attack against YUKOS in exchange to the presidential post in 2008.

Igor Sechin's interest in the conflict between Sergey Bogdanchikov and YUKOS can be explained by the fact that Sergey Bogdanchikov was affiliated with head of Mezhprombank Sergey Pugachov. They had established a joint enterprise (with Mezhprombank), called Russian Coil. The same bank financed politically significant Rosneft project of oil production in Chechnya. Mezhprombank was the bank of St Petersburg team (people from St Petersburg who got high positions after Putin came to power). Sechin was in this team.

The majority of analysts considered Sechin's joining Rosneft as a preparation to get hold of the assets of YUKOS. According to the reports, Sechin's nomination to a high position at Rosneft was indirect evidence that it was he who spearheaded the company to capture YUKOS.

Sechin's daughter Inga have had something to do with the Moscow's branch of Surgutneftegazbank since 2004. The banks core shareholder (94.152%) is Surgutneftegaz oil and gas company. Neither Moscow's branch of Surgutneftegazbank, no the bank's main office gave comments on the situation or confirmed that Sechin's daughter was a shareholder or an employee. Surgutneftegaz's head of PR department Yury Gushchin told journalists that at the time of Boris Yeltsin's presidency there had been nothing wrong in participation of the relatives of those in high eschelons in business, but times changed when Putin came to power. Inga Sechina's husband is Dmitry Ustinov (she became Mrs Ustinov in 2003). Dmitry is a son of former Prosecutor General of Russia. Recently he has joined the Staff of Russia's Presidently. Coincidentally Sechin is in charge of personnel policy at Ustinov's new place of employment.

In September 2006 Andrey Patrushev, head of the FSB Nikolay Patrushev's son, became an advisor to chairman of the board of Rosneft Sechin.

Sechin’s economic and administrative might became apparent when Vneshekonombank (VEB) “acquired” 50% stake in Tomskneft from Rosneft, a mysterious deal which took place in 2003. Rosneft (Sechin is the chairman of the board) bid for the office building of YUKOS, but lost to previously unknown company Prana, which paid 100.9 m roubles ($3.4 m) for the asset.

Later on, Rosneft managed to buy the office from Prana. The refiner decided to sell 50% stake in Tomskneft to VEB in order to realize necessary $3.4 m. But what happened next was a mishap. Rosneft made a statement that the deal had been secured, half of Tomsneft gone to the bank and the money received. On the contrary, VEB made a statement that it had not bought anything. As a result the bank's supervisory board (which sits minister of finance Aleksey Kudrin and minister of economic development and trade German Gref) turned down the deal.

According to a source in Vneshekonombank, brothers Kovalchuk were a force behind Prana. Rossiya bank's chairman of the board Yury Kovalchuk had instituted Ozero co-operative society (together with Vladimir Putin). Eventually he became a largest shareholder of Rossiya bank, the bank considered to be a financial stronghold of the president's friends from St Petersburg.

During the period when Rosneft was looking for the money to buy YUKOS' office, Igor Sechin rang up Vladimir Dmitriyev, the bank's chairman. Such telephone call left no doubts that the acqusition of 50% in Tomskneft had been approved at the very top. But when the situation reached ears of Gref and Kudrin, it became obvious that there was no consensus pertaining the deal. According to the sorce, Gref replied: «You have attacked the wrong bank…»  After that it was decided that the bank would play back, but Rosneft already made a statement about the deal and the receit of money.

In 2007 the media published articles about a number of Petersburgers who had long-standing good relations with Sechin and, according to some sources, thanks of this acquaintance, were appointed to high-level positions. Among them were such people as Defense Minister, Anatoly Serdyukov (February 2007); the head of the Central Election Commission, Vladimir Churov (March 2007); and Chairman of the Investigating Committee at the Prosecutor's Office, Alexander Bastrykin (September 2006).

Media linked Sechin to the situation surrounding the oil company Russneft and its former president Mikhail Gutseriyev. On July, 30, 2007 Gutseriyev voluntarily resigned from his presidential position. According to some sources, on the same day Russneft was scheduled to be sold to a holding company Basic Element owned by Oleg Deripaska, but this did not happen. Allegedly a third party interfered with in the execution of the deal. On July, 31, 2007 100 percent of Russneft shares were arrested and on August, 28, 2007 the Tver court of Moscow arrested Gutseriyev in absentia. Later the entrepreneur, according to some unconfirmed reports, asked the British authorities for political asylum. Deripaska personally cleared the purchase of Russneft with President Putin and some of the presidential administration officials. The media reported that the third force to the situation was Sechin since he had an interest in Russneft.

In November-December 2007 the media published an interview with the co-owner and president of financial-industrial group Finansgrupp, Oleg Shvartsman. In the interview Shvartsman told about the business he headed in which relatives of people employed in the power unit of the presidential administration were involved. He also mentioned the possible establishment of a state corporation Social Investment and spoke about weaning private assets in the "velvet re-privatization." When answering a journalist’s question about who instructed those who Shvartsman worked for, he replied: “The party! ... And for us the party is represented by the power unit, which is headed by Igor Sechin.”

The publication of this article caused a huge scandal. Sechin’s reaction to the article is unknown.

In December 2008 the US newspaper The New York Times presented Sechin in one of its articles as the main raider in Russia who organized takeovers "sometimes to the benefit of the state, or sometimes to the benefit of companies that are friendly to him.” The newspaper told the story of Sechin taking interest to the situation around the company Uralkali after an accident at one of its mines in Berezniki. Sechin threatened to impose high fines on Uralkali that could cripple the company's work and the government refused to the company owner’s proposal to offset some of the damage caused by the accident. The New York Times interpreted the two facts as evidence that the Kremlin wanted to entirely take Uralkali over.

In February 2009 Deputy Prime Minister Igor Sechin lobbied for the appointment of a person close to him as first CEO Deputy of IDGC Holding JSC, which controlled the power delivery network. The mentioned person was Nikolai Shvets, a former adviser to the head of Russian Technologies, Sergey Chemezov. The holding CEO, Alexander Kazakov, three times refused to hire Shvets. In the beginning of the last week of February allegedly Vladimir Putin personally telephoned Kazakov and asked him why he was leaving work. Putin had on his table a decree on Kazakov’s resignation. At that moment the decree was not yet signed.

Kazakov replied that he had no intention to leave, and that someone around him was plotting. The Prime Minister allegedly reassured Kazakov and told him to continue working and not to worry. On February, 26, Kazakov was dismissed from work and Nikolai Shvets became head of IDGC Holding JSC.

In February 2010 the media published an article by Andrey Odinets about Russia's interests in Latin America that claimed the existence of links between Russian investments in the economies of several countries in the region and support that these countries showed to Russian politics. Sechin harshly criticized the publication and, in particular, flatly rejected the assertion that Russia could encourage investment in the Latin American economy in exchange for recognition of Abkhazia and South Ossetia, calling the assertion biased and aimed at the jeopardizing confidence in Russia.

At the end of March 2011 President Medvedev announced that all the vice-premiers and ministers of the Russian government must withdraw from the boards of directors of state companies by mid-summer 2011. On April, 11, 2011 Sechin resigned as board chairman of Rosneft, but remained on the board until the annual meeting of shareholders.